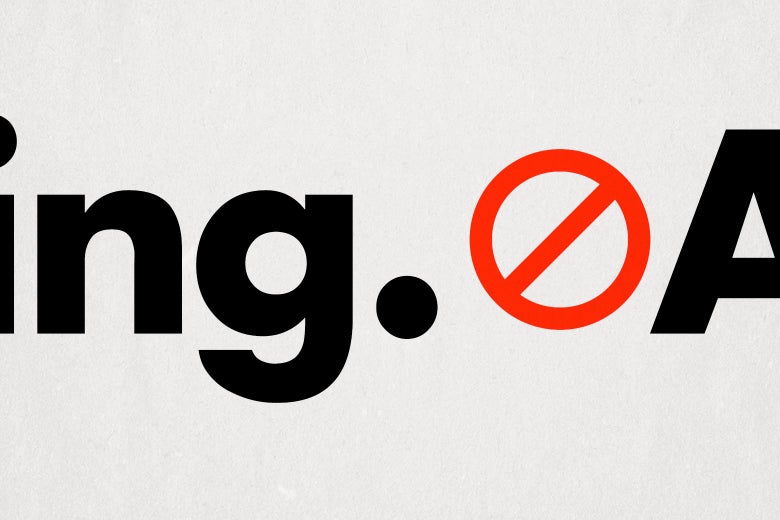 Can I let you in on a secret? Typing two spaces after a period is totally, completely, utterly, and inarguably wrong.

And yet people who use two spaces are everywhere, their ugly error crossing every social boundary of class, education, and taste.*  You’d expect, for instance, that anyone savvy enough to read Slate would know the proper rules of typing, but you’d be wrong; every third email I get from readers includes the two-space error. (In editing letters for “Dear Farhad,” my occasional tech-advice column, I’ve removed enough extra spaces to fill my forthcoming volume of melancholy epic poetry, The Emptiness Within.) The public relations profession is similarly ignorant; I’ve received press releases and correspondence from the biggest companies in the world that are riddled with extra spaces. Some of my best friends are irredeemable two-spacers, too, and even my wife has been known to use an unnecessary extra space every now and then (though she points out that she does so only when writing to other two-spacers, just to make them happy).

What galls me about two-spacers isn’t just their numbers. It’s their certainty that they’re right. Over Thanksgiving dinner last year, I asked people what they considered to be the “correct” number of spaces between sentences. The diners included doctors, computer programmers, and other highly accomplished professionals. Everyone—everyone!—said it was proper to use two spaces. Some people admitted to slipping sometimes and using a single space—but when writing something formal, they were always careful to use two. Others explained they mostly used a single space but felt guilty for violating the two-space “rule.” Still others said they used two spaces all the time, and they were thrilled to be so proper. When I pointed out that they were doing it wrong—that, in fact, the correct way to end a sentence is with a period followed by a single, proud, beautiful space—the table balked. “Who says two spaces is wrong?” they wanted to know.

Typographers, that’s who. The people who study and design the typewritten word decided long ago that we should use one space, not two, between sentences. That convention was not arrived at casually. James Felici, author of the The Complete Manual of Typography, points out that the early history of type is one of inconsistent spacing. Hundreds of years ago, some typesetters would end sentences with a double space, others would use a single space, and a few renegades would use three or four spaces. Inconsistency reigned in all facets of written communication; there were few conventions regarding spelling, punctuation, character design, and ways to add emphasis to type. But as typesetting became more widespread, its practitioners began to adopt best practices. Felici writes that typesetters in Europe began to settle on a single space around the early 20th century. America followed soon after.

Every modern typographer agrees on the one-space rule. It’s one of the canonical rules of the profession, in the same way that waiters know that the salad fork goes to the left of the dinner fork and fashion designers know to put men’s shirt buttons on the right and women’s on the left. Every major style guide—including the Modern Language Association Style Manual and the Chicago Manual of Style—prescribes a single space after a period. (The Publications Manual of the American Psychological Association, used widely in the social sciences, allows for two spaces in draft manuscripts but recommends one space in published work.) Most ordinary people would know the one-space rule, too, if it weren’t for a quirk of history. In the middle of the last century, a now-outmoded technology—the manual typewriter—invaded the American workplace. To accommodate that machine’s shortcomings, everyone began to type wrong. And even though we no longer use typewriters, we all still type like we do. (Also see the persistence of the dreaded Caps Lock key.)

The problem with typewriters was that they used monospaced type—that is, every character occupied an equal amount of horizontal space. This bucked a long tradition of proportional typesetting, in which skinny characters (like I or 1) were given less space than fat ones (like W or M). Monospaced type gives you text that looks “loose” and uneven; there’s a lot of white space between characters and words, so it’s more difficult to spot the spaces between sentences immediately. Hence the adoption of the two-space rule—on a typewriter, an extra space after a sentence makes text easier to read. Here’s the thing, though: Monospaced fonts went out in the 1970s. First electric typewriters and then computers began to offer people ways to create text using proportional fonts. Today nearly every font on your PC is proportional. (Courier is the one major exception.) Because we’ve all switched to modern fonts, adding two spaces after a period no longer enhances readability, typographers say. It diminishes it.

Type professionals can get amusingly—if justifiably—overworked about spaces. “Forget about tolerating differences of opinion: typographically speaking, typing two spaces before the start of a new sentence is absolutely, unequivocally wrong,” Ilene Strizver, who runs a typographic consulting firm The Type Studio, once wrote. “When I see two spaces I shake my head and I go, Aye yay yay,” she told me. “I talk about ‘type crimes’ often, and in terms of what you can do wrong, this one deserves life imprisonment. It’s a pure sign of amateur typography.” “A space signals a pause,” says David Jury, the author of About Face: Reviving The Rules of Typography. “If you get a really big pause—a big hole—in the middle of a line, the reader pauses. And you don’t want people to pause all the time. You want the text to flow.”

This readability argument is debatable. Typographers can point to no studies or any other evidence proving that single spaces improve readability. When you press them on it, they tend to cite their aesthetic sensibilities. As Jury says, “It’s so bloody ugly.”

But I actually think aesthetics are the best argument in favor of one space over two. One space is simpler, cleaner, and more visually pleasing. (It also requires less work, which isn’t nothing.) A page of text with two spaces between every sentence looks riddled with holes; a page of text with an ordinary space looks just as it should.

Is this arbitrary? Sure it is. But so are a lot of our conventions for writing. It’s arbitrary that we write shop instead of shoppe, or phone instead of fone, or that we use ! to emphasize a sentence rather than %. We adopted these standards because practitioners of publishing—writers, editors, typographers, and others—settled on them after decades of experience. Among their rules was that we should use one space after a period instead of two—so that’s how we should do it.

Besides, the argument in favor of two spaces isn’t any less arbitrary. Samantha Jacobs, a reading and journalism teacher at Norwood High School in Norwood, Colo., told me that she requires her students to use two spaces after a period instead of one, even though she acknowledges that style manuals no longer favor that approach. Why? Because that’s what she’s used to. “Primarily, I base the spacing on the way I learned,” she wrote me in an email glutted with extra spaces.

*Correction, Jan. 18, 2011: This article originally asserted that—in a series of emails described as “overwrought, self-important, and dorky”—WikiLeaks founder Julian Assange used two spaces after every period. Assange actually used a monospace font, which made the text of his emails appear loose and uneven. (Return.)