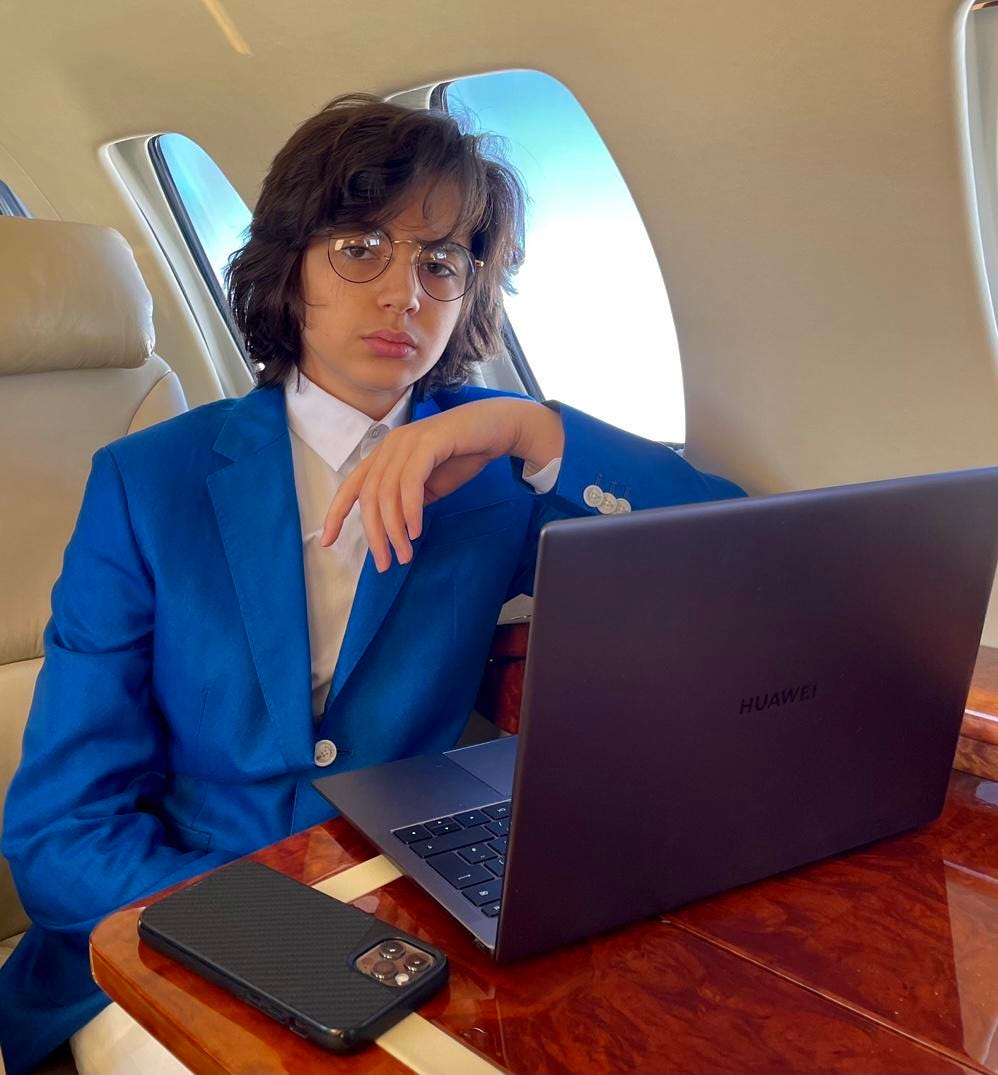 Over the last 12 months, we have seen a significant increase in the number of people interested in cryptocurrencies. Many people have gone from novices to learning about the industry very quickly. Historically many of the most innovative industries that bear some level of risk attract a younger demographic. This industry is no different and many of the new entrants launching projects in the space to utilize this new technology are in their late teens or early 20s. One particularly young entrepreneur who has launched his own coin ‘Y Coin’ with an aim to set a template on how to democratize decision making when launching a coin or project is Youssof Altoukhi.

Youssof grew up in London, U.K., and given his young age has had a surprising number of encounters with entrepreneurship. His first foray into business involved selling products to his friends in school. He received a 3-D printer as a gift when he was in primary school and had learned how to create custom products. He decided he would create custom phone cases for friends and whilst there were some errors he eventually created a case that people would buy. He then set up a basic website that people could order through. There were not many orders but it proved to be a valuable experience in the world of online business.

His next business idea was in an area he had an authentic interest in which was reselling sneakers and limited edition clothing. He set up an Instagram as well as a website and bought some sneakers. However, demand was limited and there was a significant amount of fraud in the space. Additionally, tying up money on inventory and the risks associated with that was something Youssof learned. He opted to push marketing through working with influencers. However, a turning point came for the business when he advertised the business on Google Maps which none of his competitors were doing at the time as they were focused on other social media platforms. The name of the business was called ‘Little Kicks’ so when people typed in ‘kicks’ or ‘where to buy kicks’ the brand would come up at the top of search results. Once he added the store they got an immediate spike in traffic which subsequently led to sales. He ran this business for just over a year before realizing that the logistics, warehousing, and physical side of the business alongside school and other commitments was too much.

Wanting to explore something more passive that didn’t involve the physical elements that came with selling a product, Youssof started looking deeper into investing in the stock market. He set up a practice trading account to gain some experience. After trialing this he started investing some money in the stock market when he was 10 years of age. In 2016 he came across the cryptocurrency market. He did some research to understand the fundamentals of Bitcoin. At the cryptocurrency all-time high of 2017, he came across ‘alt’ coins and how each of them solves a unique problem. He invested in some of these coins in 2017 and in 2018 bought multiple ASIC miners to mine Bitcoin and various cryptocurrencies. This all paid off in late 2020 and 2021 when the cryptocurrency market took off. Having a good base and investing in profitable coins he made a significant return. However, there was an issue that kept arising in coin launches he came across that he wasn’t entirely comfortable with so decided to look into launching his own coin.

The problem Youssof found with many new coins that were launching was that the governance model was not democratic. In essence, if you had a scenario where 1 person with 1 million tokens votes no and 100 people with 1000 tokens vote yes then you could have a scenario where the asset you had invested in is very different and you had very little to no influence on the decision making process. He felt a better structure would encourage more newcomers to the space as they would feel that they have some say in what the evolution of the project’s money is raised for rather than just seeing it as a risky investment.

In light of this, Youssof recruited a team and developed Y Coin ($YCO) which is a transfer and payment coin using a democratic governance model. It will be a community coin where everyone has equal say regardless of how much they own. This model will not favor the rich and will make it less likely for ‘whale’ behavior to occur. The application ‘Y Hub’ will be launched on iOS, Android, and Desktop at the end of September 2021. In addition to democratic governance, there will be free transfers with no fees to users who send transactions via the application. They intend to utilize simpler wallet addresses where you can reference people’s usernames, removing the clunkiness associated with many apps, and the community will also be able to earn extra Y Coin by watching advertisements on the app. Ultimately the objective is not only to create another coin but a community where people can have a seamless experience and are incentivized to continuously engage with the platform.

It’s a very ambitious project for someone so young but Youssof is passionate about making change, entrepreneurship, and the ability of crypto to change the world if done correctly.

This article is part of a series featuring diverse people making a difference. To submit ideas for features or keep up to date with new releases you can find me on Twitter – @TommyPF91