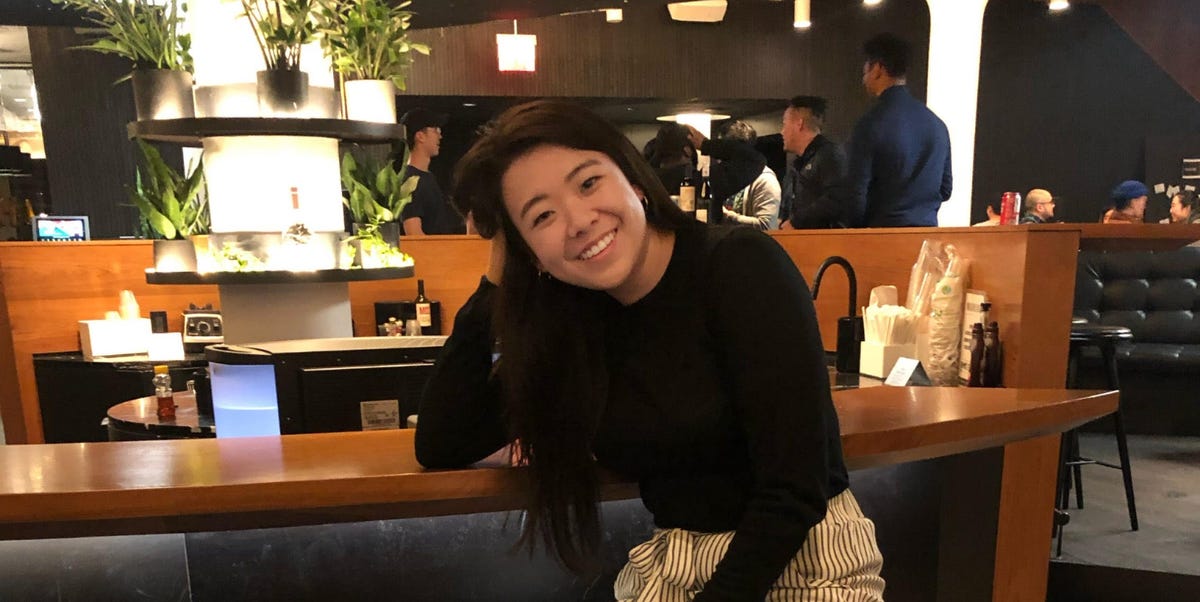 Despite landing a six-figure job on Wall Street straight out of college, Vivian Tu did not start on the path to financial independence until her studio apartment had a horrible cockroach infestation.

Unable to break the lease without paying an $8,000 penalty, Tu watched her entire savings vanish from her bank account.

“I was so traumatized because I felt like I just worked for an entire year, but I’m currently no better off than I was when I started my job,” she recalled in an interview. “That was really the impetus as to why I started investing hardcore because I couldn’t let that happen to myself again.”

Growing up in a Chinese immigrant family, Tu was taught the importance of being frugal and saving up, but the rude awakening opened her eyes to the value of making her money work for herself. It also dawned on her that even though she was working as a trader at JPMorgan, she did not really have personal finance expertise.

That blind spot was magnified when Tu switched her career to the tech industry. When her new colleagues started asking for help with rebalancing their 401(k)s or advice for picking investments, Tu decided it was time for a change.

With her finance background, it did not take long for Tu to learn. Wanting to share her knowledge and learning process with her colleagues, Tu made her first TikTok as a joke on the first day of 2021. The video, in which Tu vowed to teach followers how to build long-term wealth and called out the “sketchy” financial advice circulating on TikTok, ended up garnering two million views. Overnight, the former Wall Streeter became a FinTok influencer.

At 27 years old, Tu has already saved and invested her way to becoming a millionaire, though most of her wealth is tied up in her New York City apartment, which had a market value of $2.73 million as of September 2021, according to appraisal documents viewed by Insider.

Having achieved financial independence before 30, Tu is the first to admit that she did it in a “very boring and very traditional way.” For young people living in high cost-of-living areas like New York, she suggests that they use the “STRIP” method to get started.

“S” is for savings. Tu suggests setting aside three to six months of living expenses in an FDIC-insured high-yield savings account to avoid being caught off guard by emergency expenses such as medical bills and car breakdowns.

“T” is for total debt. For those who have student loans and credit card debt, she recommends ordering them from highest to lowest interest rate and then paying down any debt that has an interest rate above 7%.

“Seven percent is a relatively average return in the market,” she explained. “If you pay off your highest-interest-rate debt, you will save more money than you would make investing it.”

“R” is for retirement. Tax-advantaged retirement accounts such as the Roth IRA, IRA, and 401(k) are a great foray into investing given their tax benefits and employer matching options for some, she added.

“I” is for investing, which refers to both investing in assets in a brokerage account and investing in hobbies and education. Last but not least, “P” stands for planning, which Tu said many people tend to neglect.

“Not all of us need millions of dollars to retire, you might need less,” she said. “Know what your number is, know what your financial picture is and what your goals are, that way you can create a financial plan for you.”

3 investing strategies in her portfolio

In true “boring” fashion, the broad base of Tu’s investment portfolio consists of index funds that run the gamut of market capitalizations, sectors, and industries.

Outside of the core portfolio, Tu also maxes out her Series I savings bond purchase every year. Commonly known as I bonds, these low-risk savings products are issued by the US government and protect against inflation. They currently have an interest rate of 7.12%, according to TreasuryDirect.gov.

I bonds do come with certain restrictions. US citizens and employees of the Federal government can purchase up to $10,000 worth of I bonds annually through TreasuryDirect. Taxpayers can use their tax refund to purchase I bonds via an IRS form.

I bonds, which earn interest for 30 years, can be cashed out after one year. However, investors lose the last three months of interest if they cash out before five years.

On the riskier side of the spectrum, Tu also invests in cryptocurrencies including bitcoin (BTC) and ethereum (ETH). The largest cryptocurrency fell 22% over the past year, while ethereum gained 65%, according to CoinGecko pricing.

“I recognize that these are super-volatile, risky investments, but they are a very small portion of my portfolio,” she said. “In the same way that I want to have exposure to a product like an I bond that’s super low-risk with moderate returns, I also want to have something that’s high-risk with potentially high returns.”

Besides using the “STRIP” method and investing wisely, Tu said people often forget to ask for raises, which is perhaps the most crucial step to building long-term wealth.

“When you make a low income, you can only save to how much you make, but you can always make more money,” she said. “I am someone who has always been really focused on increasing my income. I ask for a raise every single year and I will leave a job if I don’t feel like I’m being compensated fairly.”