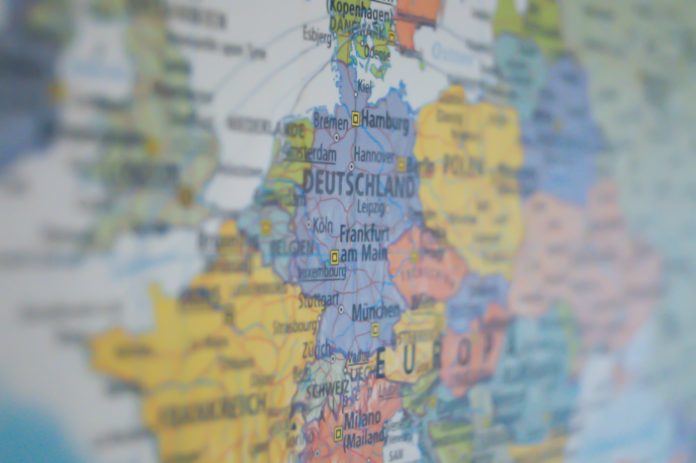 Like in other countries, there is no lack of entrepreneurial, ambitious and creative people in Russia. However, starting a business in Russia has certain national peculiarities and limitations. Some founders with scalable ideas prefer to move to Europe to start or grow their business. The reasons for this choice include easier access to European and global markets, better investment opportunities, a larger high-skilled talent pool and others. This article is a snapshot of 10 among many other successful young companies around Europe founded in last 5 years by people with a Russian background.

Crypterium – Crypterium was founded in 2017 in Estonia by Russian duo Gleb Markov and Vladimir Gorbunov. This pair hail from Moscow and decided to startup in Tallinn due to its proximity to the rest of Eastern Europe. Crypterium is a cryptobank which offers a mobile app allowing instant payments in cryptocurrency. In 2019 they launched Bitcoin card – the first global crypto card that enables users to spend their favourite cryptocurrency on the go, around the world. The startup closed an ICO (initial coin offering) of €47.5 million in 2017 and has since grown its team to 65+ people.

Endel – Founded in Germany in 2018 by Oleg Stravitsky (Moscow, Russia) and Kirill Bulatsev (Kiev, Ukraine), Endel developed a cross-platform audio ecosystem that creates personalised, sound-based adaptive environments to improve health, well-being, and mood. The company launched as the brainchild of a Berlin-based team of artists, developers, and entrepreneurs and so far, has raised a €1 million seed investment. Backed by Amazon’s Alexa Fund, Kima Ventures and world-famous DJ La Fleur, the German startup has already graduated from the Techstars Music Accelerator, signed a distribution deal with Warner Music Group and got nominated for The Webby Awards, the leading international award honouring excellence on the Internet.

Humaniq – Humaniq is a secure mobile bank which aims to eradicate poverty with the use of blockchain technology. The startup provides next-generation financial services focusing on worldwide financial inclusion. The company was founded in 2016 by Alex Fork, one of the most important members of the international Blockchain community who has previously worked with the UN, spearheaded the harnessing of blockchains and founded the fintech startup accelerator in Russia. Headquartered in London, Humaniq closed an ICO of €4.5 million in 2017 and has over 85 employees in different international locations.

Revolut – Founded in 2015 by Nik Storonsky and Vlad Yatsenko, Revolut is one of Europe’s top unicorns that specializes in mobile banking, card payments, money remittance, and foreign exchange. Revolut was launched as a digital alternative to traditional banks and claims to have successfully handled more than 350 million transactions for more than 10 million customers. This London-based startup raised €460 million series D investment in February 2020 making it one of the highest valued fintechs currently in the world. By now, Revolut has expanded to 2000+ team members in 23 offices.

Kewazo – German robotech startup Kewazo recently closed a seed funding round of €2.5 million for its scaffolding robot and the management team expansion. Founded in 2016 by the international team including Russian members Artem Kuchukov, Ekaterina Grib, Alimzhan Rakhmatulin and Leonidas Pozikidis (and another two from Germany and Greece: Sebastian Weitzel and Eirini Psallida) develops smart robotic elevators for industrial and construction sites. Alongside with a robotic system, the Munich-based startup provides its customers with a data-analytics platform which facilitates better controlling, planning and suggestions for process optimization in painting work, roof work, facades, insulation work, etc.

Compass Pathways – Founded by husband and wife team Ekaterina Malievskaia and George Goldsmith, Compass Pathways is a mental health care company dedicated to accelerating patient access to evidence-based innovation in mental health. Founded in 2016, the UK startup secured a Series B investment round of €73.1 million in April 2020 with the goal to expand its programme for psilocybin therapy for treatment-resistant depression across Europe and North America. It also plans to continue developing digital technologies and advancing the company’s preclinical pipeline.

Marine Digital – Marine Digital’s Russian founders left their home country to set up the startup in Riga, Latvia in 2019. The company offers a warehouse management system for bulk terminals and a system for port call automation which helps to automate cargo acceptance and handing and to exchange data with the supply chain participants. In August 2019, the startup announced a pilot project with the Riga-based logistics and stevedore service provider Port Magnat Group which, in its turn, arouse interest from some of the largest ports in Europe, including Hamburg and Rotterdam. The same year Marine Digital closed €100K funding from angel investor and opened an additional office in the Netherlands.

iFarm – Driven by the mission to empower everyone to grow their own healthy food in a sustainable way, iFarm offers automated vertical farms. Founded in 2017 by Russian team Alexander Lyskovsky, Konstantin Ulyanov and Maxim Chizhov, this Finnish startup has developed automated and modular greenhouses which can be set in a store, restaurant, warehouse, at home or in a country house. With its innovative technology, iFarm has won a Nordic Startup Award and secured an approximate €914K investment in early 2019 to further develop their technologies, expand the team and pilot their product in the European market.

Novakid – This Polish edtech startup was founded in 2017 by Maxim Azarov, Russian entrepreneur from Moscow. Based in Krakow, NovaKid is an online English language school that allows children aged 4-12 to learn English with native-speaking teachers. Its online classes are made fun with help of virtual reality and gamification technologies. Currently, Novakid provides services to pupils from 36 countries, including Poland, Russia, Spain, Germany and Turkey. In January 2020, the team raised €1.3 million seed investment to expand the platform online.

Anna – Anna – whose name stands for ‘Absolutely No Nonsense Admin’ – is a Welsh startup founded in 2017 by a (mainly) Russian team. Anna offers a mobile business account for freelancers and small businesses which can be opened in 3 minutes and allows to track all the transactions and payments on the app. With multiple perks for the users, the startup has been on a roll winning numerous awards like the Finovate Awards, the Cards and Payments Awards, the 11fs Marketing Award and the FSTech Awards. Last week, Anna joined forces with ABH Holdings SA (ABHH), who are taking a majority stake and investing over €19.7 million into the company.

By the way: If you’re a corporate or investor looking for exciting startups in a specific market for a potential investment or acquisition, check out our Startup Sourcing Service!