With all of the whiz-bang rockets and brain implants we have these days, it’s easy to forget about genius inventions from simpler times. Thankfully, in a video posted to its YouTube channel, the Hursley Museum offers a great reminder of inventions past with a slow-mo look at IBM’s iconic Selectric typewriter. And even in 2021 the seminal typewriter’s “golf ball” element still seems like a neat piece of machinery.

BoingBoing picked up on Hursley’s slow-mo look at Selectric’s golf-element in action. The approximately minute-long video shows the element—a ball that supplants the series of individual marking arms connected to individual keys in other typewriters—working in normal time, as well as in time slowed by a factor of 32. Even at 960-frames-per-second, however, it’s difficult to tell exactly how the element functions.

Luckily, engineer and YouTuber, Bill Hammack, describes how the Selectric’s element works in an unrelated video (below). Hammack explains that the element has a series of typeface letters—both upper and lower case—on its surface. And that, to mark a piece of paper, the ball smacks into a typewriter ribbon. (The strip with ink on it that marks paper.)

The functionality behind the element itself works like this: Each time a Selectric user strikes a key, its lever tugs on a system of linkages connected to the element. This system of linkages—a.k.a. a whiffletree—in turn, tugs on two cables; one of which rotates the element, the other of which causes it to tilt up or down. Thanks to each key having its own unique tug on the element, it can be associated with a letter, number, or symbol. With each character owning a different point on the element’s spherical surface. 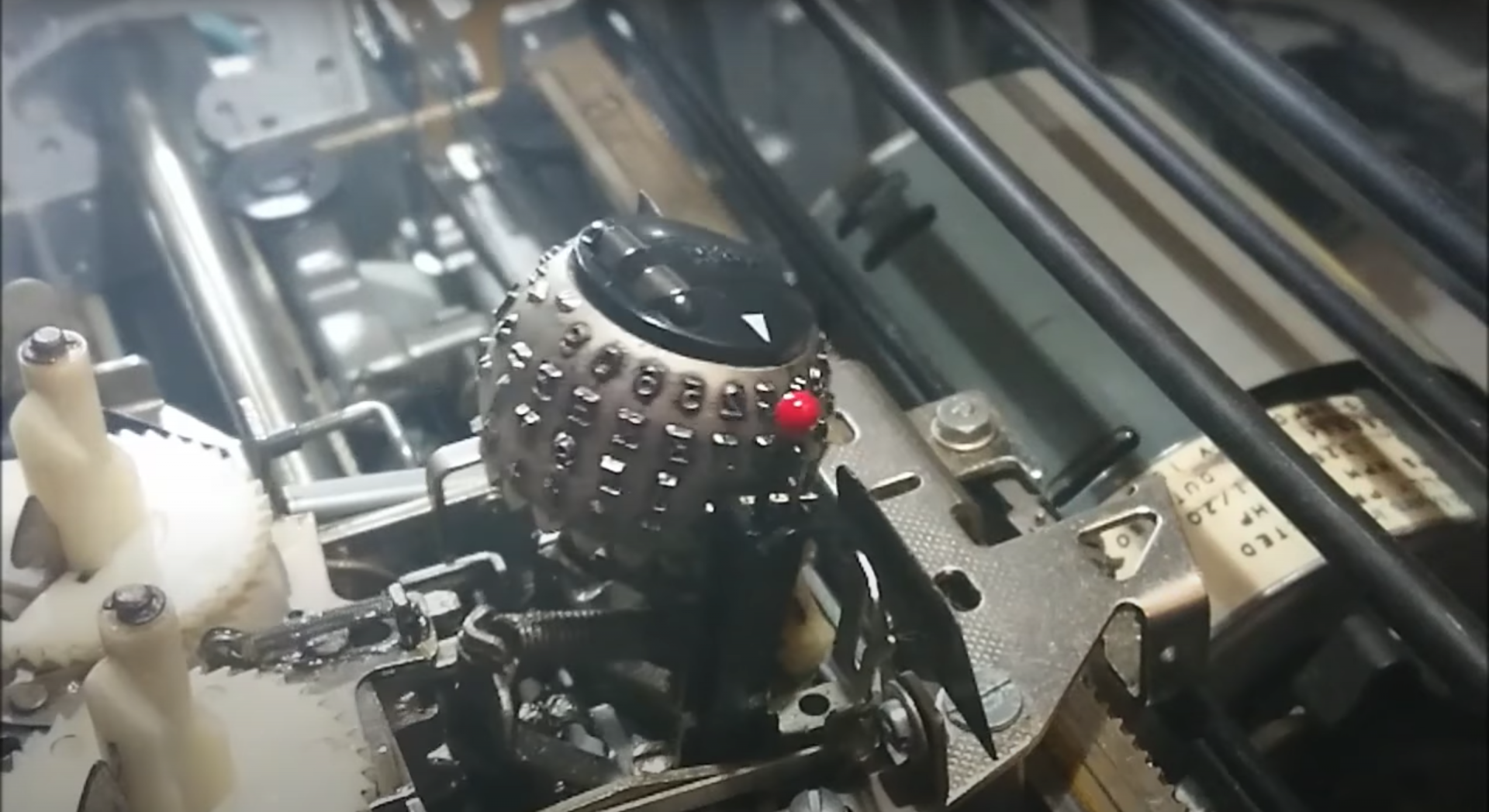 As Hammack notes, the Selectric is still an impressive piece of engineering. One can even consider it a key predecessor to today’s printers, as it was a digital to analog converter; that is, it turned the binary information of the key strokes into the movement of the element. In other words, the Selectric was an early way of turning “ones and zeroes” into printed type. And it helped to get the ball rolling on the digital computing revolution.