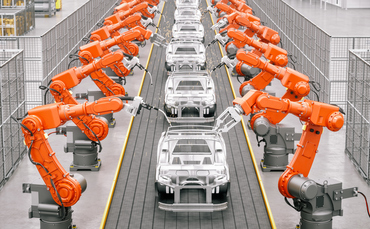 EU plans to ban sales of internal combustion engine cars from 2035 could face a significant roadblock in Germany, after the country’s finance minister yesterday expressed opposition to the target date, which forms a key pillar of Europe’s green agenda.

The European Commission has proposed mandating a total phaseout of all new internal combustion engine (ICE) cars and vans by 2035, which would mean the European automotive sector effectively having to shift to producing only electric vehicles (EVs) within the next 15 years.

But Christian Lindner, who also leads the centre-right Free Democratic Party within Germany’s coalition government, reportedly told a conference in Berlin yesterday that the EU’s aim to ban all new fossil fuel car sales in 2035 was “the wrong decision” and claimed that his government would not support the plan.

He argued that even if such a ban did come into force from 2035, EU citizens would be able to purchase combustion engine cars produced outside the trading bloc, according to the Financial Times. However, he also insisted Germany would continue to be a leading market for EVs.

“Germany is not going to agree to a ban on combustion engines,” Lindner reportedly said.

Should Germany oppose the policy, it could well hold significant sway, as it is not only the most powerful economy within the EU, but also boasts one of the world’s largest car industries, producing more than 4.6 million passenger cars in 2019, as well as over 280,000 commercial vehicles.

As such, the German car sector – which encompasses 18 of world’s 100 top automotive suppliers – holds a hugely influential role in the global shift away from combustion engine vehicles and towards EVs. Industry lobby groups have in the past voiced concerns at the speed of the ICE phase out mooted by the EU, despite many leading German automakers also investing heavily in developing new EV models.

However, while Lindner and his party have indicated their opposition to the EU’s proposed 2035 ban, they are likely to face a fight with their coalition partners, Germany’s Green Party, which has long backed the target date since it was first announced by the European Commission last year.

Germany’s Green Party won the third largest number of seats in the Bundestag elections last year, after which it joined a coalition with the centre-left Social Democratic Party (SPD) led by Olaf Scholz.

Last month EU lawmakers backed the Commission’s proposals to ban all new ICE car and van sales from 2035, and negotiations are now taking place with bloc member countries to finalise the legislation.

Environmental campaigners criticised the Lindner’s position on the EU proposal, arguing it would harm both Germany and the EU’s automotive industries.

Doug Parr, chief scientist and policy director at Greenpeace UK, said the German finance minister was “on the wrong side of history”.

“The rate of change in vehicle manufacturing likely makes this stance not only anti-environmental, but also self-defeating for the industry he’s trying to protect,” he said.