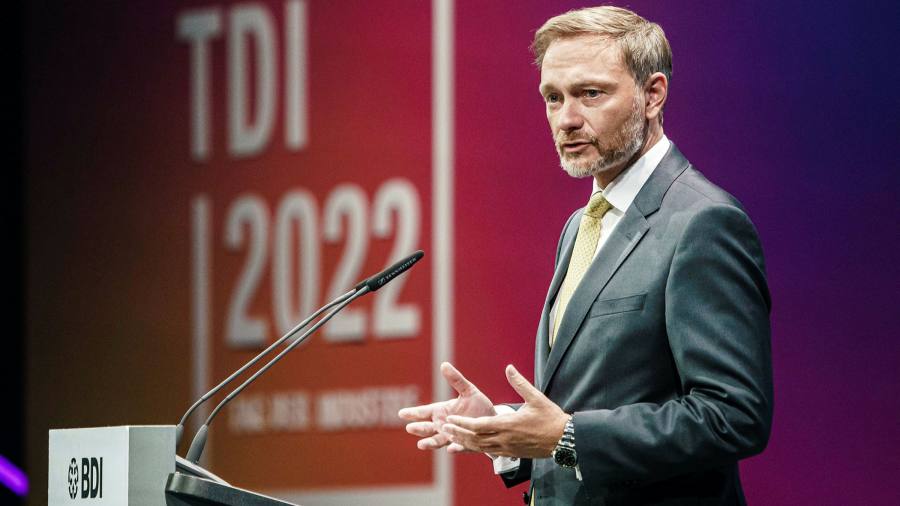 Germany’s finance minister has rejected EU plans for a de facto ban on the sale of new combustion engines cars by 2035, raising the prospect that a pillar of the bloc’s green agenda will be watered down.

Christian Lindner told a conference in Berlin on Tuesday that completely phasing out the combustion engine in Europe was “the wrong decision” as manufacturers elsewhere in the world would fill the gap. Lindner, who also heads the business-friendly Free Democratic party, said: “Germany is not going to agree to a ban on combustion engines.”

Brussels wants the region’s automakers to cut carbon emissions from cars by 100 per cent from their 2021 levels, a mandate that would make it impossible to sell new petrol or diesel vehicles from 2035. The move would force the German car industry to accelerate its electrification plans, and lobbyists have warned it could lead to the loss of hundreds of thousands of jobs in the sector.

A vote by MEPs two weeks ago to adopt the revised CO₂-standards met with a strong backlash from Germany’s automotive lobby, the VDA. The VDA claimed the decision was “taken against citizens, against the market, against innovation and against modern technologies”. Italian MEPs also tried to secure an amendment that exempted luxury carmakers such as Ferrari.

Appeals from the car industry have found a sympathetic ear with Lindner’s FDP. But the party’s Green coalition partners have long backed the 2035 target, first announced last year as part of a set of EU proposals designed to cut emissions in the bloc by 55 per cent by 2030 compared to 1990 levels.

A spokesman for Green environment minister Steffi Lemke told the DPA news agency on Tuesday that the German government “fully supports the proposal by the Commission and the European Parliament to allow new passenger cars and light commercial vehicles only with zero-emission powertrains from 2035.”

A spokesperson for the centre-left SPD, which heads the coalition, could not immediately be reached for comment.

The division between Germany’s coalition partners echoes the ructions within the European auto lobby in Brussels, known as ACEA. Stellantis, one of the organisation’s largest members, left to start its own campaigning organisation just days after the parliamentary vote. Stellantis boss Carlos Tavares has been critical of the speed at which regulators are forcing carmakers to electrify their models.

However, some carmakers welcomed Brussels’ move. The boss of Volkswagen’s passenger cars brand, Ralf Brandstätter, said: “The current vote, but above all the choice of customers in Europe, shows that the shift to electromobility is irreversible.” Mercedes has already pledged to be all-electric by 2030, “where market conditions allow”.

Environmental activists reacted angrily to Lindner’s announcement. “The internal combustion engine is a discontinued model,” the German Federation for the Environment and Nature Conservation said. “By not backing the proposals in the European Council, Germany would be doing a disservice to the corporations that have long since set out on the path to a battery-electric future,” it added.

Julia Poliscanova, senior director for vehicles at umbrella group Transport & Environment, said: “This was all agreed in government but the FDP are trying to unpick that for the sake of a few laggards who refused to keep up. The socialists and Greens should hold them to the deal.”

Lindner also confirmed that he was not against extending the life of Germany’s three remaining nuclear power plants, which are due to go offline by the end of the year.

The German government, and Germany’s utility operators, have repeatedly dismissed ramping up nuclear energy as unworkable. The country will instead rely more on coal-fired power plants, under plans unveiled on Sunday.

Lindner said he was “open for a debate” on whether Germany should “use nuclear capacities as bridging fuel”. He added: “In an emergency it is about having energy supply.”