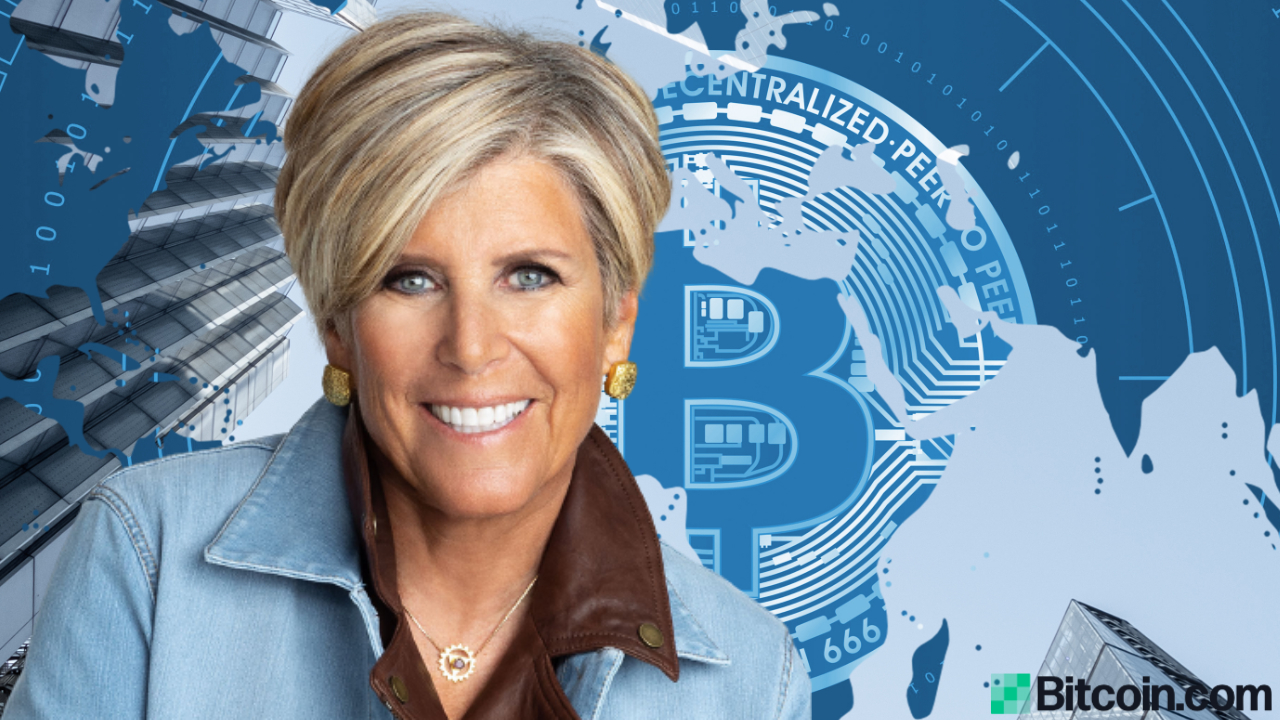 American financial advisor Suze Orman says she loves bitcoin. She has provided some advice on how to invest in the cryptocurrency a month, noting that she prefers to buy bitcoin through Paypal’s crypto service because the payments giant has made it easy to do so.

Suze Orman said she loves bitcoin in an interview with Yahoo Finance published Friday where she shared her bitcoin investing strategy and advised listeners how they should start investing in the cryptocurrency.

She founded the Suze Orman Financial Group in 1987 and her Suze Orman Show ran on CNBC from 2002 to 2015. She has written 10 consecutive New York Times bestsellers about personal finance and was named twice on Time Magazine’s list of the 100 most influential people. In addition, she won two Emmy Awards and eight Gracie Awards. In 2016, she was appointed as a personal finance educator for the United States Army and Army Reserve.

Orman was asked Friday, “what is your take on bitcoin?” Referencing one of her recent podcasts dedicated to cryptocurrency, she replied:

I love bitcoin. I like the universality of it.

She elaborated, “I like that it’s just there and the corporations that are investing in it.” However, the two-time Emmy-Award-winning television host added: “I do not like bitcoin as a currency. I don’t like it where you’re going to buy a Tesla or you are going to buy something with it. I like it as a possible replacement for gold, as an investment.” Recently, Elon Musk’s electric car company, Telsa, said that it will soon start accepting BTC as a means of payment for its products.

Orman further revealed: “I personally played bitcoin through Microstrategy. In June of last year, I bought Microstrategy at about $125 a share, right around there.” She explained that “There was something about the CEO,” Michael Saylor, who made her think, “this man is making sense to me.” Microstrategy has been buying bitcoin since August last year. As of March 5, the company is hodling about 91,064 bitcoins.

“I rode it [Microstrategy] all the way up and I sold. I think it was last week at right about $1,000 a share because I didn’t like, for the first time, bitcoin was going up but Microstrategy was going down,” Orman said.

Orman proceeded to give some advice regarding cryptocurrency investing. She cautioned about the risks associated with investing in bitcoin.

“What I tell my listeners and what I would tell everybody, bitcoin is seriously risky,” she began. “I would not be investing in bitcoin with money that I cannot afford to lose because the swings are not just going to be a point or two a day. They’re going to be $5,000 worth one day. It’s going to be up 7%, down 10%, it’s going to be all over the place.”

Nonetheless, she advised, “But I think that it’s something that wouldn’t hurt people if they had it to lose, $100 a month in it.” The personal finance guru further opined:

I personally would do it through Paypal because Paypal makes it so easy and it’s not that big of a hit given in terms of commission. It’s like 1.5%, 2% depending on how much you are investing every month.

She emphasized: “I happen to like bitcoin and I like the premise behind it a lot. And I really love how Cathie Wood loves bitcoin. I love that, a lot.” Wood is the founder and CEO of Ark Investment Management.

Many people on Twitter are surprised to hear Orman saying that she loves bitcoin. “Not gonna lie, I did not see this coming,” one user tweeted. “I’m going to file this under, “Headlines I did not expect to see in my lifetime,” another commented.

As for using Paypal to buy bitcoin, a number of bitcoiners have voiced some concerns about the payments giant’s crypto service. While some users have complained about the service, many bitcoin proponents warn that cryptocurrencies bought through Paypal cannot be transferred away from the platform, emphasizing “not your key, not your coins.”

What do you think about Suze Orman’s advice about bitcoin? Let us know in the comments section below.

Tags in this story

Disclaimer: This article is for informational purposes only. It is not a direct offer or solicitation of an offer to buy or sell, or a recommendation or endorsement of any products, services, or companies. Bitcoin.com does not provide investment, tax, legal, or accounting advice. Neither the company nor the author is responsible, directly or indirectly, for any damage or loss caused or alleged to be caused by or in connection with the use of or reliance on any content, goods or services mentioned in this article.