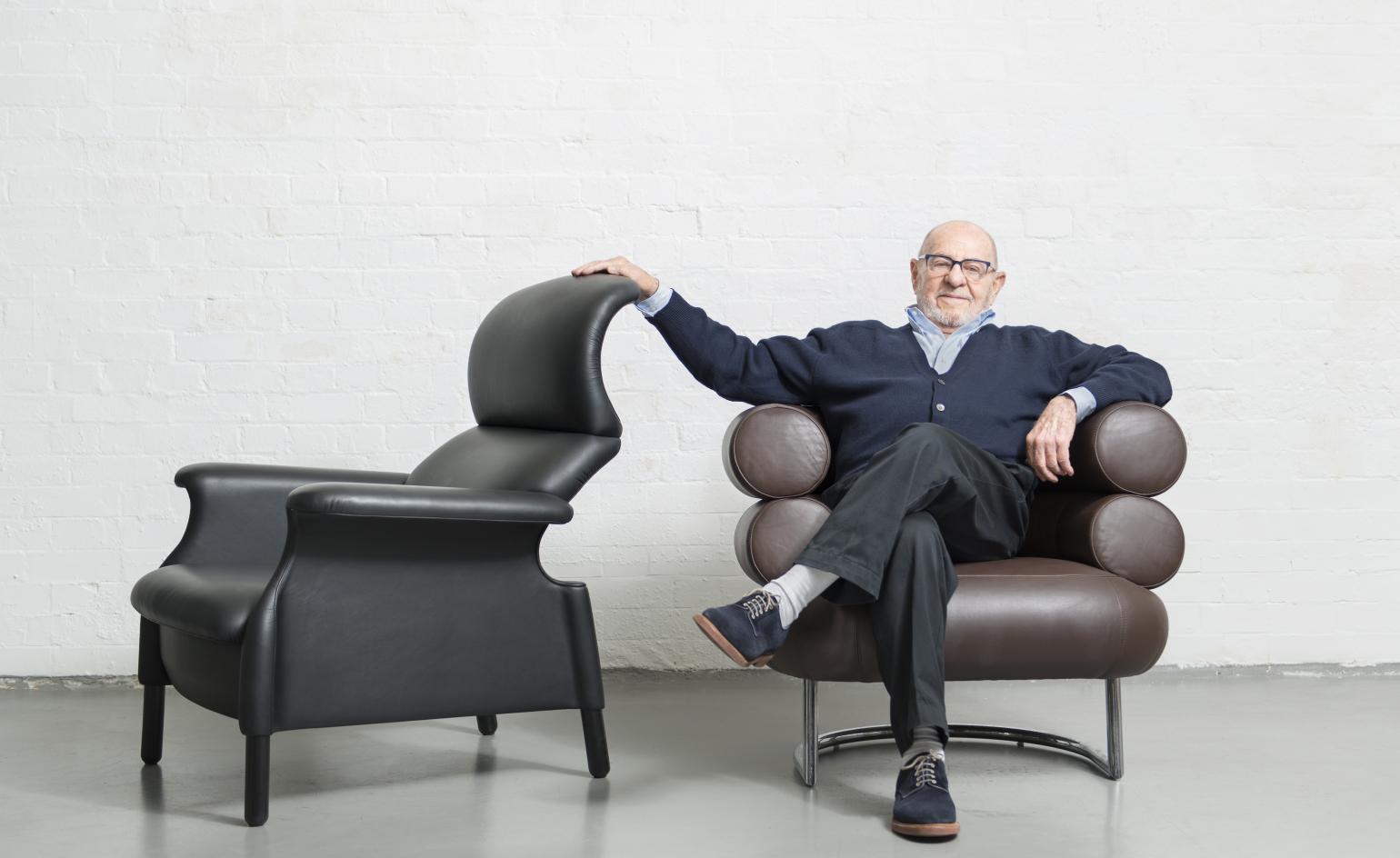 Zeev Aram, founder and chairman of Aram Designs, died on Thursday 18 March, aged 89. He was a much loved and respected figure on the London and international design scene, and helped introduce many iconic designers to the city.

His life, reads a note from his family, was ‘hugely eventful and fulfilling; escaping to Palestine from World War II Transylvania, being part of the King’s Road swinging ’60s design scene, building an important design-led company, receiving an OBE for services to design and architecture in 2014 and the Compasso d’Oro XXV for Lifetime Achievement in 2018.’

After graduating from Central School of Art and Design, Aram worked with Ernő Goldfinger, Sir Basil Spence and Andrew Renton before establishing his own practice designing interiors, furniture, graphics, exhibitions and products.

He opened his first showroom in 1964, in a small, white space on London’s Kings Road. This was a time when, he used to say, the UK was ‘a modern furniture desert’. For the first time, he brought the work of Castiglioni, Breuer, and Le Corbusier to the city, introducing a style of design that was often met with aversion by passers-by. ‘The important thing is that there was a reaction; I was afraid people would just walk past,’ he said.

In 1973, Aram moved his eponymous shop to Covent Garden, a location that remains one of the city’s design destinations, with a gallery as well as a furniture and design showroom. The store was opened following his desire to ‘give as wide a range as possible to people wanting top quality design and manufacture, along with excellent service’. That same year, Aram met designer Eileen Gray, who granted him the licence to produce and sell her designs: it was an encounter that had a fundamental role in introducing her designs to the world market.

He regularly and enthusiastically championed the work of young designers, staging annual graduate shows and year-round exhibitions of young creatives (among them, perhaps most notably, Thomas Heatherwick and Jasper Morrison), offering his space as ‘a springboard for new talent, from all areas of the applied arts’.

‘Our beloved Zeev has passed away peacefully. We are very proud of his many achievements, and he will be greatly missed by all who knew him,’ said his wife, Elizabeth and son, Daniel. §