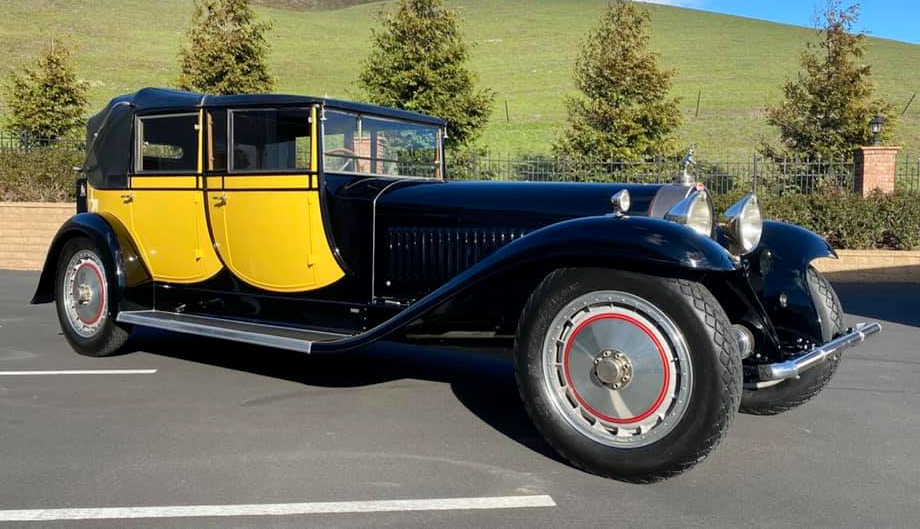 The Blackhawk Collection has sold its Bugatti Royale, the famed “The Berline de Voyage” that was hidden from the Nazis during World War II, to a European collector, and at a price that a person involved in the sale says is the most ever paid for a pre-war automobile.

The transaction was reported on Facebook by former collector car auctioneer Rick Cole after the car arrived in Europe from its previous home in the museum collection in northern California. Don Williams of the Blackhawk said Cole “was a teammate” in the sale.

While the price paid for the car has not been shared, Cole indicated it certainly was more than the previous highest amount paid for any pre-war automobile, which was the $22 million spent in 2018 for the 1935 Duesenberg SSJ roadster formerly owned by actor Clark Gable at the Gooding & Company auction at Pebble Beach.

Ettore Bugatti planned a run of 25 of his largest vehicles and dubbed them the Royales with the intention of selling them to kings and princes. But the Great Depression limited sales and only seven cars were constructed, and Bugatti sold only three of them. One was destroyed in a crash.

Chassis 41150 was the sixth of the seven Royales built. It stretches  about 21 feet in length and weighs around 7,000 pounds. Like the others, it has a huge 12.8-liter straight-8 engine.

The Berline de Voyage was among the cars that did not sell initially and was kept by Bugatti and, with 41100, the “Coupe Napoleon,” was hidden away behind a brick wall at the Bugatti home in Ermenonville, France, so it would not be commandeered by the Nazis during World War II.

After the war, both cars were purchased from Bugatti’s daughter, L’Ebe, by American sportsman and racer Briggs Cunningham. With the French franc so devalued after the war, Cunningham acquired the cars for about $600 each, though he also threw in a pair of brand new General Electric refrigerators since such comforts were not available in post-war France.

Cunningham spent several thousand dollars to have the cars restored in France and finally brought them to the US in early 1951. A year later, he sold 41150 to early car collector Cameron Peck, and the car later became part of the famed Bill Harrah Collection in Reno, Nevada.

When the Harrah Collection went to auction in 1986, the Royale was purchased by Texas real-estate developer Jerry Moore for a then-record price of $6.5 million. Moore, whose car collection included more than two dozen Duesenbergs, kept the car for more than a year,  then sold it for more than $8 million to Domino’s Pizza founder Tom Monaghan.

Don Williams and business partner Ritchie Clyne, who together owned the car collection showcased at the Imperial Palace hotel in Las Vegas, bought the car from Monaghan in the early 1990s.

Williams noted that people might consider themselves to be the owners of cherished collector cars, but they really are just temporary caretakers.

“There’s a time in our lives when we get to take care and have fun with the cars we like,” he told the ClassicCars.com Journal of the sale of the famed Bugatti. “We’re all just caretakers.”

But, he added, “The legacy of the cars is the good friends we make along the way.”