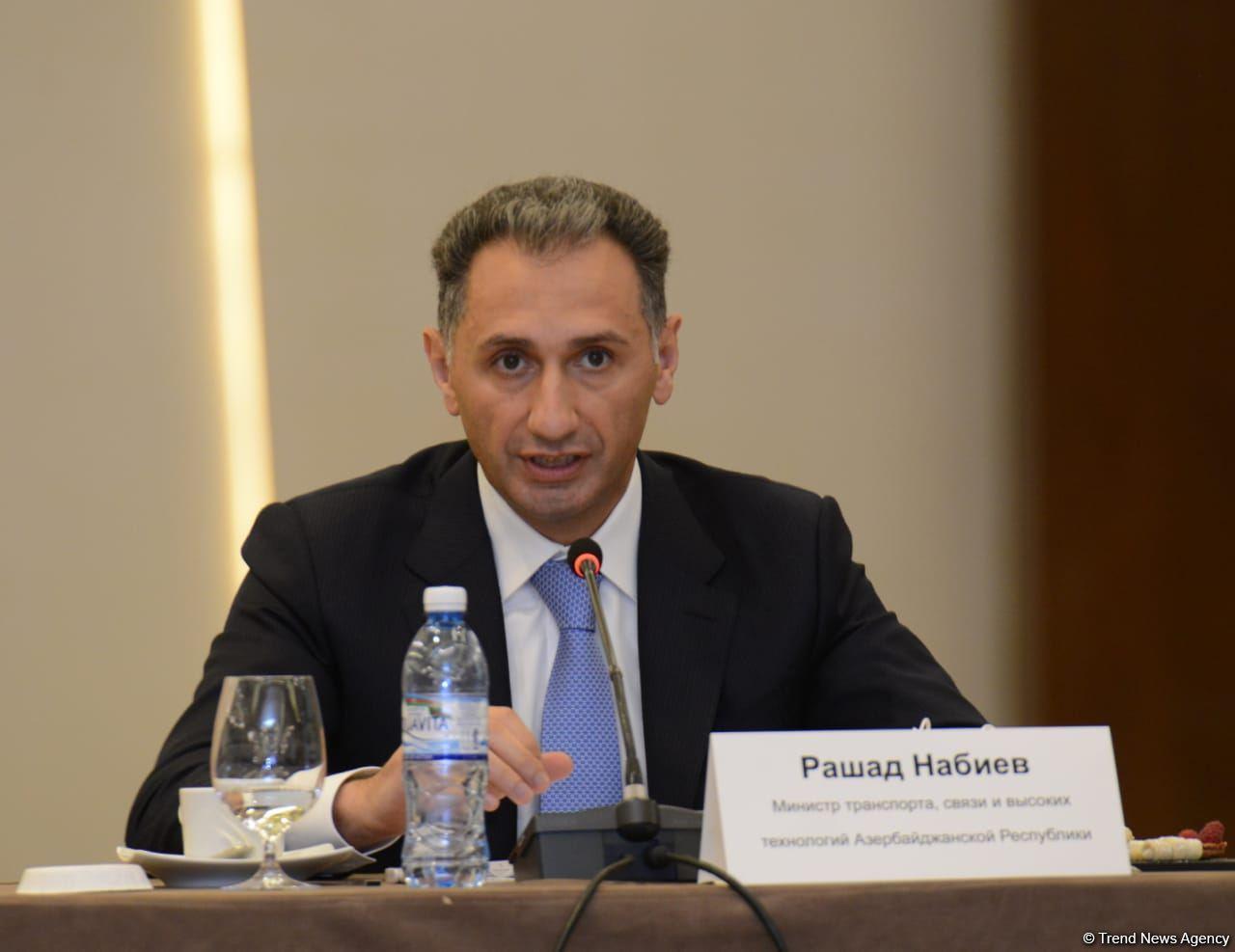 Digital Development and Transport Minister Rashad Nabiyev has said that the ministry, together with other government agencies, will work out a bill to speed up the development of SMBs and the IT sector in the country.

He made the remarks at a conference on “Digital Entrepreneurship and Promising Opportunities”.

The minister emphasized that with the aim of working out the bill, it’s planned to determine the role of IT in the field of small and medium businesses.

“Such work is being carried out at the level of the Cabinet of Ministers. Amendments can be made to the current legislation or a new bill can be prepared,” he said.

Moreover, Nabiyev said that nearly 60 percent of Azerbaijani entrepreneurs have invested in the creation of new business models and the development of innovations.

He stated that the work is underway to train IT specialists and assess human resources within the framework of digital transformation in Azerbaijan. The minister also noted that in Azerbaijan, the added value of products created by businessmen is more than 99 percent, while in other countries this figure is 13 percent.

“This indicates that Azerbaijani businessmen invested in the development of innovations and their technical base in a timely manner,” he said.

Speaking at the conference, Small and Medium Business Development Agency Board Chairman Orkhan Mammadov said that a start-up center that will operate on the basis of the Equipment sharing model, the first one in the CIS, is planned to be created in Azerbaijan.

Noting that the startups will share various technological equipment, servers and network systems, he mentioned that this model will allow the startups to host and test the most efficient manufacturing processes for small and medium businesses and apply them in their enterprises.

“In the coming years, new solutions will be introduced for remote building, business management and support for small and medium businesses getting access to foreign markets, as well as for increasing the number of micro-business entities through potential foreign investors,” he said.

The board chairman also added that it’s planned to attract foreign IT specialists to Azerbaijan.

Rashad Nabiyev stated that the ministry, together with the subordinate Aztelekom and Baktelecom LLCs, has begun to invest in the creation of internet infrastructure in Baku and regions of the country since 2022

“By the end of 2024, the entire territory of Azerbaijan will be covered with high-speed internet,” he said.

The minister stressed that investments in the creation of this infrastructure are made within the public-private partnership.

Mentioned that nearly 60 companies are providing internet services in Azerbaijan, he noted that along with this, the companies are also focused on projects bringing additional profit.

“In the regions with the low purchasing power internet tariffs will be cheap, and losses will be compensated by the funds of Aztelekom and Baktelecom LLCs,” he said.

Additionally, he said that to maintain the balance of the capital of companies, government subsidies will be issued.