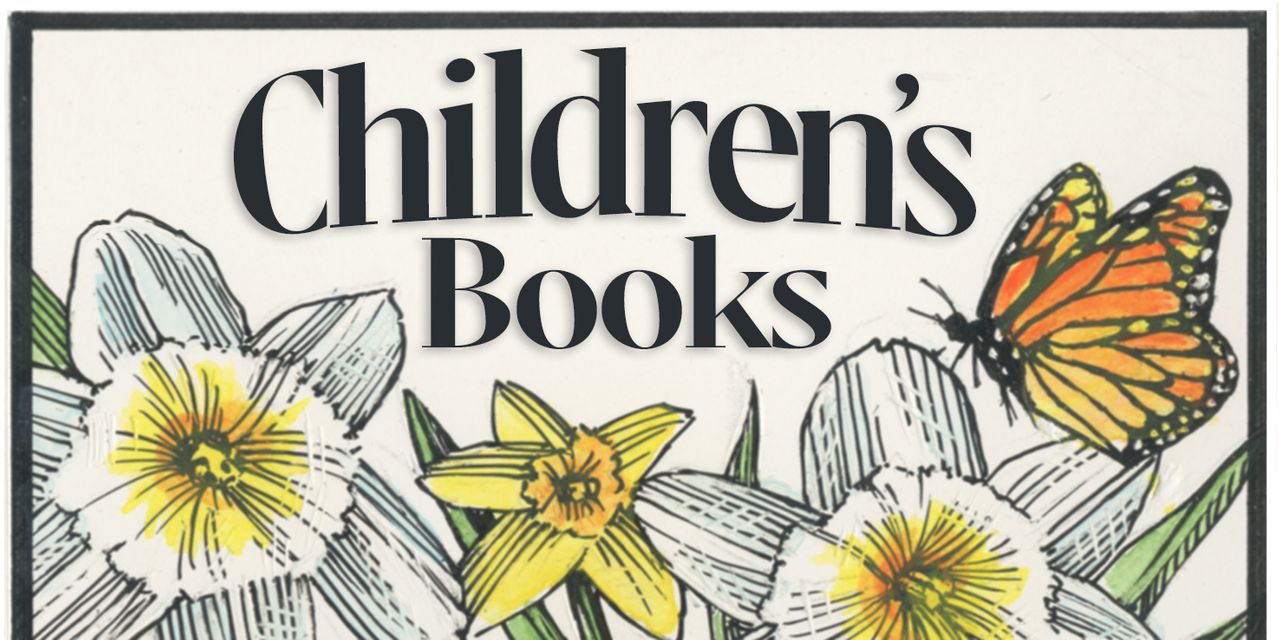 Birds and bees and flowers and trees! Children ages 2-10 will find lots of fabulous color in a crop of bright springtime picture books. Humming along under the surface in all of them, like lyrics unspoken, is a call to notice connectedness, beauty and variety in natural things.

Corinna Luyken moves between the quotidian and the transcendental in “The Tree in Me” (Dial, 56 pages, $17.99), which is filled with sweeps of soft brilliant neon pinks, deep warm yellows, and the blues of azure and cerulean. Her text plays out sparingly from page to page amid lush illustration, as children bite into fresh fruits and slices of pie: “The tree in me / is part apple / part orange-pear-almond-plum / (part yummm) / part shade / and part sun.” It’s a striking thought, that a bite of dessert contains the sunshine that once warmed the leaves of an apple tree. Yet Ms. Luyken wants children to see further than this and imagine the points of commonality that they have with trees: that they too may be strong, yet also bend; that they have roots and branches and crowns; that in the flurry of their days they also partake of wind and rain and dirt. Young readers may or may not appreciate this conceit, but the pictures are what really make the book sing.

Selections from ‘The Tree in Me’ by Corinna Luyken

The same is true of “Have You Ever Seen a Flower?” (Chronicle, 48 pages, $17.99), a forthcoming picture book by Shawn Harris with illustrations so dazzling that their vibrancy hasn’t been seen since, well, the last picture book Mr. Harris illustrated, Colin Meloy’s double-espresso “Everyone’s Awake,” which came out last year. From this book’s front cover we know we’re in for a blast of hue, but in the early pages there’s a prevailing urban ashiness that sets us up nicely for the explosion to come. “Have you ever seen a flower?” we read, as the vast gray background dwindles to a thin line, representing a road that the child-protagonist is traveling. “I mean really . . . seen a flower?” At this point both the reader and the child in the book are suffused in a giddy landscape of electric pinks, greens, purples and orange—eye-watering colors that, incredibly, seem to become more intense as the book goes on.

Anyone who has ever stopped to marvel at a single flower will grasp what Mr. Harris is trying to do here: He wants children to look closely, and he wants to evoke the exquisite beauty of plants in bloom even as, text-wise, the book goes off the deep end. Have you ever seen a flower becomes have you ever been a flower, a shift in meaning unlikely to arise were it not for the easy rhyme. But such is the power of these deliciously psychedelic illustrations that the second question almost makes sense.

Selections from ‘Have You Ever Seen a Flower?’ by Shawn Harris

Pascal Estellon sorts creatures and plants by color in “Orange Is an Apricot, Green Is a Tree Frog” (Princeton Architectural Press, 34 pages $18.95), a picture-book primer notable for the elegance of its layout and the pleasing specificity of its depictions. Words are at a minimum as, in gouache paintings, Mr. Estellon presents five colors (along with black and white) as they are expressed in nature. Yellow is corn on the cob and a zucchini blossom and a delicate frond of wheat; it is a daffodil, a dandelion and a dahlia.

Selections from ‘Orange is an Apricot, Green is a Tree Frog’ by Pascale Estellon

Yellow takes yet more forms in the forthcoming “Colors in Nature” (Albatros, 48 pages, $14.95), a picture book written by Czech writers Štěpánka Sekaninová and Jana Sedláčková, who go into greater detail. Here in little paintings by Magdalena Konečná we see the finely graded yellows of things both well-known and less-celebrated: the blooms of forsythia and cowslip; the gleams of sulfur, gold and citrine; the yellows of ginger and bumblebees and dripping amber honey.

Selections from ‘Colors in Nature’ by Jana Sedláčková and Štěpánka Sekaninová, illustrated by Magdalena Konečná

Of course, there can be no honey—and indeed no blooming plants—without bees. In a cozy work of narrative nonfiction, Aneta Františka Holasová lays out the traditional method of maintaining honey-producers in “Bruno the Beekeeper” (Candlewick, 80 pages, $19.99), a picture book translated from the Czech by Andrew Lass. The color scheme here is earthy, being composed of the browns and golds you would expect from a story involving a bear—the beekeeper, Bruno—and the tiny winged occupants of the stacked wooden hives that he manages through the seasons. The book describes a colony’s different bee characters (worker bees, drones, queens), along with the purposes of bee-keeping equipment. It also presents the parasites and predators that are the common enemies of bees and their keepers. Laid out on the page we see the hornet, the ant, the tracheal mite and the field mouse. Later on, describing a kind of cement that bees produce, a material known as propolis, Ms. Holasová explains that “if a mouse or a shrew gets into the hive, bees will kill the intruder. But they lack the strength to remove the animal, so instead they wrap the body in propolis so it doesn’t decompose in the hive.” It’s fascinating stuff.

Selections from ‘Bruno the Beekeeper’ by Aneta Františka Holasová

There is more bee action in the airy seek-and-find pages of Joanna Rzezak’s forthcoming picture book “1001 Bees” (Thames & Hudson, 32 pages, $16.95). This work of nonfiction contains lots of satisfying apian factoids, but the real fun for children will be in finding and pointing to the single bee in every busy, buzzing tableau that, unlike its fellows, has “baskets full of orange pollen” on its back legs. Ms. Rzezak’s pictures are full of little comic bees, with inky feet outflung and black eyes cast forward. At one point, they swarm toward the trunk of an old tree that has squirrels darting up one side and horizontal bracket fungi jutting from the other.

Selections from ‘1,001 Bees’ by Joanna Rzezak

These woody mushrooms get a “gallery” of their own in the gorgeous, museum-evoking pages of “Fungarium” (Big Picture Press, 80 pages, $35), the latest in a series of oversize books on nonfiction subjects ranging from dinosaurs to botany to the artifacts of antiquity. Illustrated by Katie Scott and written by Ester Gaya, with the help of a phalanx of specialists, “Fungarium” presents a jaw-dropping vision of the multifarious and largely hidden world of organisms that are, we read, “more closely related to animals than they are to plants.” Children may be surprised to discover the extent to which fungi influence the world we inhabit—they give us life-saving drugs such as penicillin, statins and immunosuppressants, as well as such tasty staples as soy sauce, coffee and chocolate. Fungi may not be as dramatic in appearance as sea creatures or large mammals, but on close inspection they prove to be every bit as thrilling—and perhaps even more consequential.

Selections from ‘Fungarium’ by Ester Gaya, illustrated by Katie Scott

—Mrs. Gurdon is the author of “The Enchanted Hour: The Miraculous Power of Reading Aloud in the Age of Distraction.”