With the onward march of vintage interior landscaping into the 1970s, there are pieces appearing on the high street heavily influenced by top-flight designers working in the later mid-century. Smoked glass and square bar or tubular metal supports lavished in gold and chrome plate – it’s all there.

Romeo Rega (b.1904) is getting a really good airing through inspirational bourgeois furnishings, and his double “R” logo is feverishly sought out in the top tiers of the second-hand collections of designer furnishings online and off — including Pamono (pamono.com) in Berlin, and Aquire (aquire.ie) and 20th Century Furniture (20thcenturyfurniture.ie) based here in Ireland.

I recently came across a genre of decorating know in the Unites States as Hollywood Regency — a Kardashian favoured stylistic stew. It croons money, confidence, a love of art deco and above all sumptuous unapologetic glamour. It’s what Romeo Rega and his peers in the 70s making eclectic, flashy, fashion-forward, quality furnishings were all about. 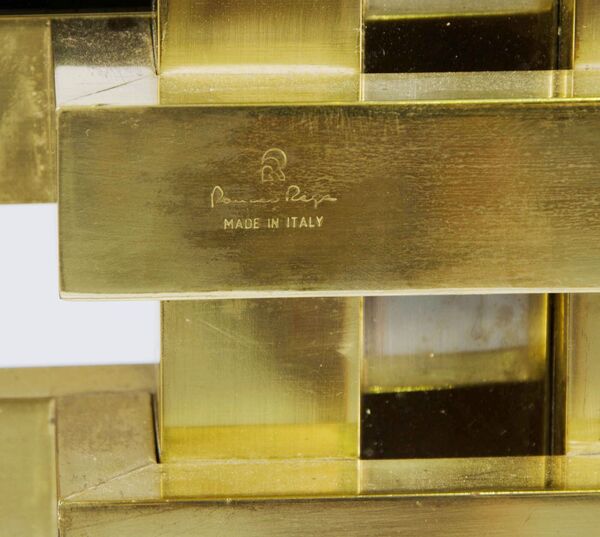 Correct marks to a 1970s bookcase by Romeo Rega, lestroisgarcons.com

Rega’s firm was active from 1970s to 1981, and if you like the work of Willy Rizzo (1928-2013) typified by Graham Norton’s outrageous feasting table for his BBC TV court, Rega’s work will be familiar. Rizzo is said to have created pieces for the firm. You can find my bio on him on Irish Examiner’s website. 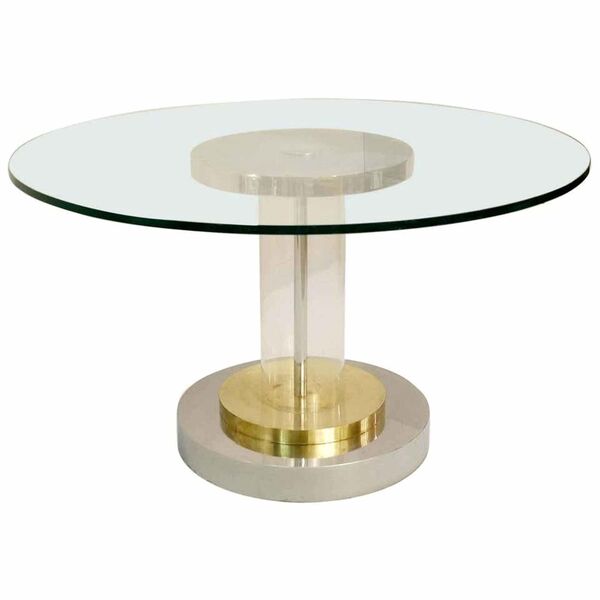 Romeo Rega became known for fabulous lighting, seating, cabinetwork, etageres (standing or hanging shelves/bookcases) and tables of all kinds, and it’s easy to see why. The pieces are not fussy, or even ornamental, but are very present with sharp lines and bold geometric, modern forms. Placed in a room, you can’t ignore them. 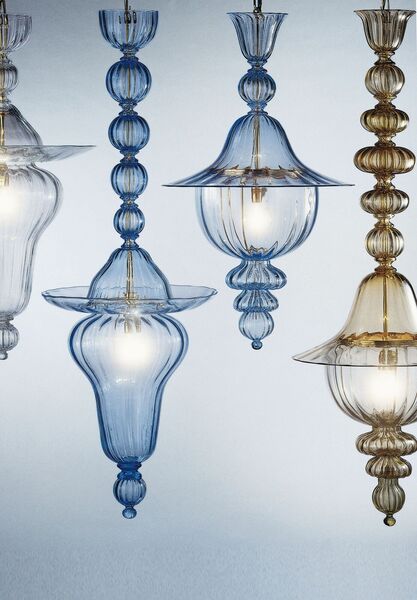 One oddity of the firm’s output is the lack of attribution of pieces to a particular designer. Rizzo’s name is often attached to a Rega piece. Milanese aristocratic wild child, the talented and elegant Gabriella Crespi (1922 -2017) is also known to have drawn pieces for Romeo Rega during her 20-year odyssey to India. The market is excited about the 70s and is heaving with Italian designer furniture up in the four and even five-figure area. The marks you should look for to ensure it is a Romeo Rega will be stamped into metalwork as a towering double “R”, together with an impressed script Romeo Rega and ‘Made in Italy’. If not, and if it can’t be found in an illustrated vintage catalogue for the firm, the seller can only (in their experience) suggest it is a product by Romeo Rega.

Getting back to Hollywood Regency – to see a highly typical example of the opulence and expense demanded of the look, Google images of Joan Crawford’s house in Brentwood, California. There’s really not a raw or even veneered wood element bar the frame of the old Louis Quinze chair or slab of imported Italian marble. Hollywood Regency is belted in screamingly expensive and bold, modernist materials —jewel-coloured velvet, smart lacquers (walls included), mirrored surfacing, clear Lucite, malachite, shrubby chandeliers, smoked glass and gilded metal, with an audience of over-sized contemporary American and European artwork. Crawford famously protected her silks and plush suites under plastic – yes, all the time, except for photo-shoots and director visits.

Devotees say you really can’t go too far with Hollywood Regency; think sumptuous pushed to the edge of decadent insanity. The inspiration pages of Boca do Loba of Portugal is a European shimmy on the look (bocadolobo.com) studded in the three-letter, telling promise of stratospheric price – POA. Fabulous or queasy making – you decide. The truth is, not only can most of us not afford to chance a full go at this 20th-century Italianate look, but full-on, it’s likely to quickly date in cheap, modern pretenders and be more than a little overpowering, pretentious and simply not cosy enough. It’s designed to answer a need for conspicuous wealth. Even late 19th century High Victorian (the pinnacle years for overstated showing off to the social-climbing neighbours) was cosy.

Try introducing some elements of 70s haute glamour without beating the space to death. Harvey Norman’s Trey coffee table with its four square geometry and sliding centre is a really nice piece of Rega styling at €249. Paul Costelloe’s cushions and bolsters for Dunnes Stores are distinguished and couture from €40, dunnesstore.com, and I would single out the Munro collection from made.com for their racy brass bookshelves and consoles that can read as gentled industrial or late mid-century depending on their supporting stars. From €247, made.com. For examples of the kind of lighting that would suit; look up their vintage catalogue and just about anything in the air by Carlo Scarpa for Venini of Italy.

Speaking of all things Italian and gorgeous, we’ll take a look through the mesmerising work of Venini in April here at Vintage View.