As we continue to analyze current market factors and their impacts on nickel prices, copper prices and other key metal prices for automotive production, today we’ll focus on an announced addition to the domestic automotive manufacturing scene. 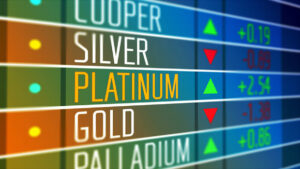 A new automotive player will be coming to the U.S. soon, as Vietnamese automaker VinFast this week announced plans to build a new electric vehicle manufacturing center in North Carolina.

For metal buyers in the automotive sector, keep an eye out for the April 2022 Automotive MMI report next week. The full March 2022 MMI report — featuring 10 metal and industry subindexes, including automotive — is available for download.

Founded in 2017 and headquartered in Vietnam, VinFast said it plans to build an 800-hectare manufacturing center in North Carolina. The firm expects construction to begin this year after it acquires a construction permit.

Furthermore, the automaker expects to begin production in 2024.

According to VinFast, the center will feature three areas for:

Capacity during the first phase of construction is expected to be 150,000 vehicles per year, the automaker said.

“VinFast has established global operations in the US, Canada, Germany, France and the Netherlands,” the firm said. “The company currently provides an ecosystem of EV products in its home country of Vietnam, including e-scooters, electric buses and electric cars, charging station system and green energy solutions.”

The U.S. Department of Commerce on Thursday hailed the announcement of the “multi-billion dollar investment.”

The DOC claimed the center will create more than 7,000 jobs and “fuel American efforts to combat the climate crisis.”

“EVs are the future of auto manufacturing; the only question is whether we want EVs and their components made here in America or somewhere else,” Commerce Secretary Gina Raimondo said in a release.

According to a 2021 report by the International Council on Clean Transportation, the U.S. is the world’s third-largest EV manufacturer. China and Europe as a bloc are ahead of the U.S. in EV production.

“Seven of the 44 major U.S. assembly plants, representing about 16% of U.S. vehicle production and capacity, will manufacture only electric vehicles in 2025,” the ICCT report explained. “The U.S. electric plants include three owned by General Motors, two by Tesla, and one each by emerging electric vehicle companies Rivian and Lucid Motors.”

“With 44 major manufacturing plants and production volume of more than 10 million light-duty vehicles, the United States has both a risk of continuing to lag developments in China and Europe and also an opportunity to increase its share of global electric vehicle production,” the ICCT said.

The electrification story and metal prices

We’ve written regularly in this space about the electrification narrative. As electric vehicle uptake increases, so too will demand for materials like copper, nickel, cobalt, lithium and others. In turn, demand for those resources is expected to drive prices upward.

However, has that actually been the case to date?

While demand for electric vehicles has increased in recent years, the connection with metal prices hasn’t quite lived up to the narrative.

In case you missed it, MetalMiner co-founder Stuart Burns recently spoke to BNN Bloomberg about that very subject.

“The electrification story has been running for 10 years,” Burns said in response to a question about copper demand from electrification. “It’s not lived up to expectations at any time over that period. There are question marks about how quickly the demand for copper will run up.”

For metal prices, as of now, the electrification story on its own does not measure up to the story coming out of China.

“When you look at the copper price, it’s been trading sideways now for the last six or nine months while other metals have been rising quite strongly,” he said. “A large part of that is because copper demand is really a China story. The demand for copper has been coming historically from the construction sector in China. It’s been coming from electrification railways and energy transmission.” 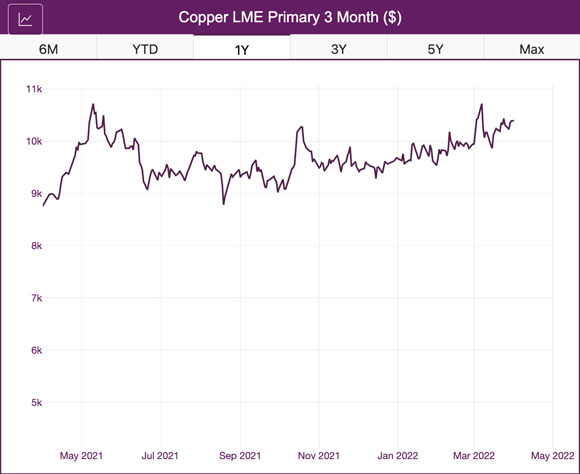 The copper price has trended sideways for much of the last year. Source: MetalMiner Insights

Those were dynamics of the last decade, he added. However, the dynamics have changed, particularly in terms of the construction sector. (We have previously covered China’s overleveraged property sector and debt payment concerns faced by Chinese real estate giants like Evergrande.)

Burns noted Evergrande is only the tip of the iceberg, as a number of other Chinese developers are in states of financial turmoil.

“The construction market is not going to come roaring back,” he explained. “Nor do we see stimulus going into projects like electrification of railways and transmission lines. That’s largely been done.”

So, while automotive electrification will certainly support prices to a degree, the China story is more significant for metals prices at present.

In short, there is room for growth in other markets without the copper market becoming “unduly constrained,” Burns added.

The Chinese economy is one of three primary macroeconomic factors the MetalMiner team considers in its Annual Outlook report. This week’s MetalMiner newsletter included additional analysis of economic conditions in China (in addition to the other two factors, the U.S. dollar and oil).