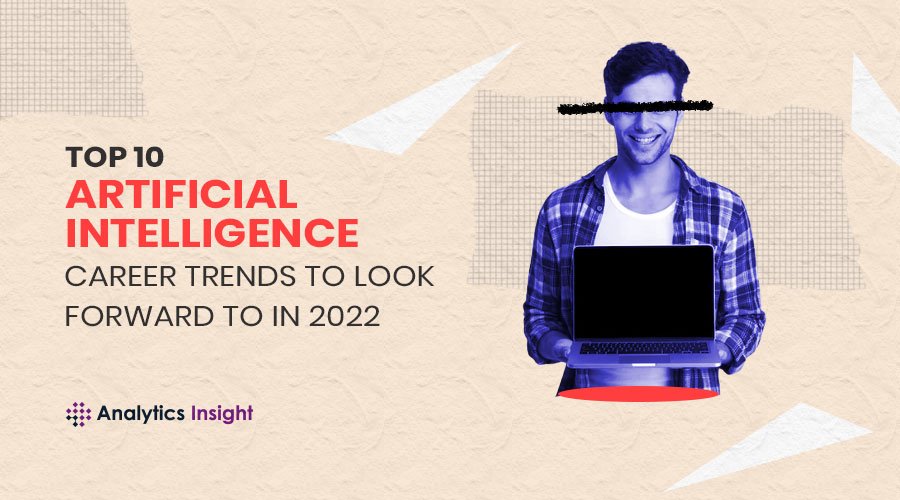 If we can put aside the question of whether Artificial intelligence would gain the ability to function with agency equivalent to that of humans and thereby make them redundant, there is one immediate concern that needs to be addressed with respect to the impact it will have on the job market and career options. AI technology is man’s brainchild. However, the sentient and super intelligent AI is considered as a Damocles’ sword by the working class, for, it might take over many of their jobs. Though the fear of mechanization was present at every stage of industrialization, described as ‘technological unemployment’ by Maynard Keynes, every time it ended up creating new jobs, now raring to set new AI career trends. This time the fears are starker and more apparent because Artificial Intelligence threatens to blur the boundaries, which existed between technology and human intelligence earlier.  But economists of the day paint an optimistic picture as suggested in a recent report released by MIT. It predicts that Artificial Intelligence will drive massive innovation, where machines would take the role of co-workers doing routine and manual tasks and humans channel their energies into strategic and creative tasks. Analytics Insight brings you the top 10 AI career trends to look forward to in 2022.

1. AI will refashion most of the job roles:

For sure, AI will create more jobs. But more than that it is going to reconfigure many of the existing job roles. From fast food centres to healthcare and agriculture, you name it and you will have its presence felt. For eg., in cloud computing, AI can suggest the volume of workload with high accuracy letting the DevOps team build tests and coordinate with the site reliability engineering (SRE) team. The infusion of Artificial Intelligence into healthcare would demand nursing practice with robots.

AI has a big presence in the manufacturing sector as it has been its early adopter. An MIT survey reveals that 60% of the manufacturers are already using Artificial Intelligence in the two most common areas, maintenance, and quality control. However, new technologies still require specialist skills to make them work. For example, collaborative robots assist can assist a human with complex tasks, with humans required to program them to teach them how to complete a task.  Definitely, there is a clear need for the evolution of people’s skills to fulfill roles that machines cannot perform.

Cybersecurity record one of the highest salary growth rates. Artificial Intelligence holding its turf in cybersecurity too, young and naive cybersecurity executives are apprehensive of losing their jobs. It definitely holds the upper hand in optimizing speed, providing protection, breadth of coverage, and helping to automate complex processes. But these systems are only as effective as their human masters. The job of identifying deeper layers of business risk can be done only by humans. This is one area, where cybersecurity companies would like to test a potential employee.

SRE roles will undergo huge transformation with AI and ML defining them in a new light. Using ML, the SRE team can bypass the tasks such as preparing apps for production and tuning them for a specific task. As it takes a number of permutations and combinations, maybe Artificial Intelligence can do it better, leaving humans to do higher-value jobs.

Robotics is one major technology that has the potential to replace humans on a large scale. According to Rob Enderle, an analyst at Enderle Group, suggests the Robotics market alone is worth $103 billion currently and might grow to $ 210 billion by $210 billion. Given the growth potential, one can safely assume that the job market is only going to expand, with the growing need for robotic engineers.

6. AI in the creative industry

It is well-known fact that AI is not only creative but has a superior level of creative intelligence. This is a reasonable assumption because mental tasks like having different ways of approach to a problem, the ability to connect dots to find a pattern constitute creative thinking and Artificial Intelligence can do it all fairly well. However, the power of intuition and identifying context and thereby having emotional reflexes belongs only and only to humans.

Metaverse is not a buzzword anymore, but a system in itself with its own economy. Hence, it holds potential for opening its gate to diverse opportunities in its AI-enabled virtual reality world. Though it is in its primitive stage, the intersection of technologies like AI, VR, gaming, blockchain, 5G and augmented reality (AR) has already created quite a good number of opportunities like gaming designer, NFT strategist, Blockchain designers, etc

The low code-no code trend in AI poses a perceived threat to the developer’s job. According to experts, it is only going to fill the gaps instead of making developers redundant. But for this to happen IT and software engineers have to make the right moves, away from traditional IT roles. They should take up new roles such as collaborating with business teams to augment their technical insights.

The large-scale adoption of Artificial Intelligence will drive companies to look for ways to train their workforce to make them adaptable to a higher level of abstract thinking. Apart from making individuals ‘AI ready’, a major takeaway from this endeavor would be, large-scale up-gradation brought upon the entire system. Some might underscore it as a utopian situation, while a fully automated work sphere could only be a reality in decades to come, if not in near future.

While AI goes on a joy ride of killing jobs, it would need humans to train and sustain it. Artificial intelligence works on algorithms that are trained in specific tasks. When a chatbot identifies the sarcasm in the words you utter, it is all because it has data of thousands of humans uttering the words in different tones. Clearly, processes such as NLP and speech processing needs humans for inputs for different conversational contexts and definitely, this aspect is too dynamic to make humans redundant as trainers. And also, a new breed of job roles like explainers and sustainers will emerge, as an interface between the AI-enabled systems and business leaders.