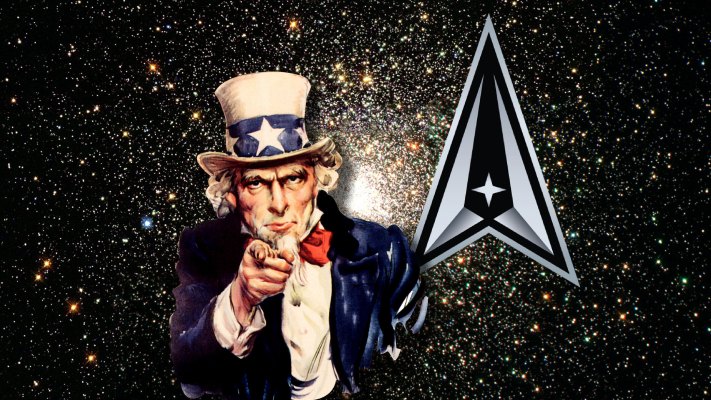 The U.S. government is one of the biggest spenders in the nascent space industry, and the man who handles the money for the Air Force’s $16 billion checkbook wants startups to know that his door is open for them.

In all, Will Roper, the Assistant Secretary of the Air Force for Acquisition, Technology and Logistics, handles about $60 billion worth of budget for the Air Force — a mandate that includes spending money on the new tech initiatives the Air Force deems important.

Historically, the Department of Defense hasn’t been the greatest at working with startups — and many tech companies have been loath to work with the DoD. However, since much of modern civilian infrastructure is based on global positioning systems and other satellite technologies that fall under the Defense Department’s purview, those views on cooperation are changing on both sides.

“Space isn’t a quiet domain of communication and navigation and exploration anymore,” Roper told the audience at TechCrunch’s latest Sessions event, TC Sessions: Space 2020. “It’s increasingly becoming a hostile place… So we’re gearing up a new kind of competition on the military side that could extend to space and that’s creating a lot of new space programs.”

Roper emphasized that the interest from the Air Force and the government more broadly extends well beyond offensive capabilities and military priorities. As space becomes an economic opportunity, Roper sees the Air Force as an engine for driving technology development forward in ways that have commercial benefits.

“It’s a great, great time for innovation in new technologies that could help the military, but we want to do more than just help the military. That’s the old thinking in the Pentagon. That’s all that would help us win the Cold War in the 20th Century, but it’s not going to help us in the 21st, where technology is globalized and accelerating,” Roper said.

“We want to find ways where our military mission and our funding can help accelerate commercial markets too, so it’s competing on a much bigger stage. But we think it’s where we need to aspire to be, so that we’re playing the right catalyst role in this nation and with our partners around the world,” Roper said.

There are several programs that startups can tap to get those federal dollars. Two of the easiest points of entry are through the AFWERX and its recently announced SpaceWERX arm focused entirely on space technology.

“These look like any tech company,” Roper told the audience at the TechCrunch event. “They’re outside our fence lines. They’re easy to walk into… Now you don’t have to know the mission, we will help you find the mission and the customer — the warfighter associated with it. It’s a great model because it keeps the company focused on what they know best, which is their tech.”

Over the last three years, Roper estimated that the AFWERX program had brought 2,300 companies into the Air Force and Space Force programs, and most of them had never worked with the military before, he said.

Roper pointed to the recent certification the Air Force gave to Joby Aviation for its flying cars. “So there’s a new military market that will hopefully generate a new commercial market,” Roper said.

In 2021, the Prime program will expand to space technologies, according to Roper.

As the demand for new tech grows, there’s no shortage of innovations Roper would like to see from private industry. From new autonomous innovations that could help co-pilot spacecraft to technology for refueling and in-space maneuverability, and reusable equipment from boosters to other components that can bring costs down.

Roper also acknowledged that the Pentagon has a long way to go to “hack the acquisition system” when it comes to dual-use technologies.

Entrepreneurs have pointed out that one of the biggest obstacles to the growth of the commercial space industry has been the inability of the U.S. government to open up the technology for use by private industry.

Roper hopes to change that. “We want to use our military dollars, our mission, and potentially our certifications to help get you there without changing your core product,” he said. “If you succeed as a commercial success, then we succeed as well, because now we’ve got a great tech partner, that hopefully we can continue to come to to solve problems in future. The thing that we’ll want to understand early on is how our military market and all those benefits I just mentioned, how can they help you get to commercial success? And what is it that we not need to do to pull you off that trajectory?”

Contracts with AFWERX are fixed-price and progress as companies hit certain milestones on the product roadmap. These orders increase incrementally as the technology proves itself, so a contract could start with the delivery of a prototype, then experimental usage, then a commercial contract, then broad adoption. “What we’re looking to do is see if you can move the ball forward on your technology, and if you do, then we do another contract. We step you up our process,” Roper said.

Roper sees the project as nothing less than the evolution of the aerospace and defense industry.

“We have a lot of amazing companies today that helped build stealth bombers and space planes and all sorts of awesome stuff. They’re defense companies and we still need them,” Roper said. “What we’re hoping to help build in this century is a set of new companies that are just tech companies. They’re not defense, purely, and they’re not commercial purely. They’re just technology companies and they do a bit of business on both sides.”