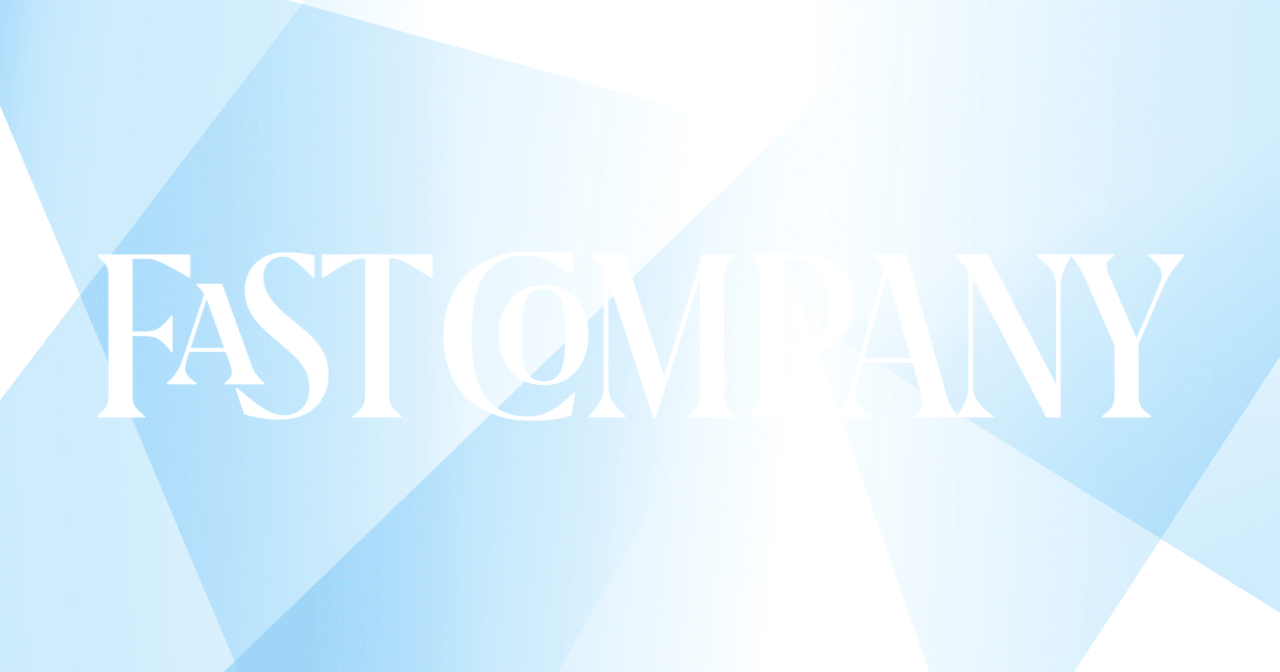 Today, the furniture company’s world-renowned campus is a monumental expression of Fehlbaum’s passionate love affair with the chair. A grassy, four-acre expanse in the countryside just outside Basel, Switzerland, Vitra’s campus — and everything on it — is a heart-felt celebration of chairs and design. Take a walk around the place and you’ll see buildings that were designed by some of the best-known architects in the world: a fire station by the avant-garde architect Zaha Hadid, her first commission; manufacturing buildings by Nicholas Grimshaw and Alvaro Siza; a spare, Zen-ish concrete conference center by Tadao Ando, the Pritzker Prize-winning architect from Japan; and two buildings by Frank Gehry, including his very first European commission, the Vitra Design Museum, which attracts 50,000 visitors a year.

And then there are the chairs. Perhaps the most mundane element of the office environment, in this company and on this campus they are the most celebrated. Vitra’s product showroom, on the second floor of one of the Grimshaw buildings, is itself a museum. Verner Panton’s curvaceous plastic chairs sit near Jasper Morrison’s stackable, square “Sim”; Ron Arad’s “Tom Vac” chair and Maarten Van Severen’s “.03” chair are steps away from Jasper Morrison’s “Ply-Chair.” Chairs by Charles and Ray Eames, the famous mid-century California couple, furnish a separate sitting area.

Zaha Hadid’s Fire Station, too, serves as a showroom, but not for the chairs that Vitra sells. The Fire Station displays a selection of chairs from Fehlbaum’s vast collection of landmark creations. There you can see Eero Aarnio’s 1965 Ping-Pong ball-shaped “Ball Chair,” Stiletto’s 1983 “Consumer’s Rest” (in the shape of a supermarket shopping cart), and Studio 65’s 1970 “Bocca” (shaped like voluptuous red lips). Miniature replicas of these chairs are available for sale at the Vitra Design Museum. Just how much interest is there in designer chairs? Vitra sells 15,000 of the exquisite, tiny reproductions of chairs by Le Corbusier, Mies van der Rohe, Eero Saarinen, and Frank Lloyd Wright each year.

The campus is a love song to the chair — and yet the chair business is one that Fehlbaum was born into but initially rejected. After a series of careers that included academia, documentary filmmaking, and working for an architectural association, Fehlbaum took over the company when he was 27, succeeding his elderly parents, who had founded the company in 1950 and had handled manufacturing and distribution in Europe for Herman Miller. During his 30s, he devoted himself to chairs, developing the company’s trademark approach of partnering with famous designers to create products for his company.

The result: Vitra is now renowned in the design community. As well as serving clients all over the world in all kinds and all sizes of companies (and even furnishing chairs that appear in IBM ThinkPad advertisements and the ads of other high-tech companies), Vitra’s chairs sit in the European Commission offices in Brussels, the European Parliament in Strasbourg, France, and the conference room that is used by the G-8 in Cologne. When Pope John Paul II visited Zagreb in 1994, he waved to the adoring throngs while he was sitting on a Vitra chair. The company employs 780 people worldwide and, in 1999, had sales of about $260 million from its chairs and modular-office systems. As Fehlbaum’s story demonstrates, even the most prosaic item can be the object of passion and the embodiment of great design. He explained his design principles in an interview with Fast Company.

If you weren’t initially interested in the subject, how did you manage to make Vitra so well-known for its chairs?

I learned to love chairs. I studied them, gave my attention to them, and developed a passion for them. I believe in embracing whatever you have before you in order to make it a rich, worthwhile, and honest experience. You can put your energy into anything — it can be wine, music, hats, or chairs. Whatever your focus, do your utmost to understand it. If you deal with chairs, make them the greatest chairs in the world. Be the biggest chair collector, and be the most knowledgeable person on the subject. Study chairs in different cultures. Learn the history of chairs. Give yourself the opportunity to idealize what you’re doing. If you can’t idealize what you’re doing, why do it?

You’ve built a company around design. What is your secret for designing chairs?

I love the idea of slowness. It took thousands of years to come to the conclusion that we think of as a chair. Vitra moves fast in comparison to that, but I do think that every object has a natural evolutionary pace. If Charles Eames had said, “We have to finish it fast fast fast!” his chairs wouldn’t be relevant a half-century later. I believe in getting things right. In our industry, you can’t force something if you want it to be good. It has to become. Every object is a being with a soul. Our work is to find that soul. Sometimes we can’t manage to find it, and we have to abandon the project or try again. We’re not worried about being first to market, because what we do is unique by its very nature. Good design is relevant for decades; a year matters little on that scale.

What is Vitra’s design philosophy?

Design isn’t an abstraction — it’s a direct manifestation of your philosophy and your attitude. That’s why people want to see the Web page and look around the office when they are thinking about joining a company. They may not be able to articulate exactly what they learn by doing their investigation, but they still learn important things. And they think, “I fit here,” or they think, “I don’t fit here.” Design speaks volumes about a company’s culture. It tells you if a company is egalitarian or if it’s hierarchical, if it’s easygoing or if it’s uptight.

How a company chooses to translate its values into design is enormously important. Now, design can certainly lie. You can always hire a professional liar — a designer to choose your image. But that doesn’t work in the long run, because ultimately, the lie will be discovered. You’ll be unmasked by the reality of who you are professionally and personally. People will say, “The company tried to give a certain impression, but obviously that’s not what they’re really about.”

Good design is an honest expression of the true values of an organization or an artist. We think of our modular-office system as a palette that companies can use to express themselves and their values.

If good design is an honest expression, then what is great design?

Great design has something important to say. It communicates an epochal ideal. Great design is an icon of the time, an expression of sincerity and authenticity. It is a metaphor for an attitude; it communicates a spirit. That’s why the chairs that were designed by Charles and Ray Eames still enchant people today. Great design has a strong signature, but it never draws attention to itself. If it says that it’s “designer,” then it’s a fraud: the designer lamp, the designer hotel, the designer belt. Great design is always conceptually new — and it’s new forever. You can look at a well-designed object again and again, even if it was designed 50 years ago, and it still resonates with you.

You can always tell that something is poorly designed if it is paired with big promises. The bigger the promises, the worse the design. Think of a car advertisement that shows a sexy girl walking down the road who looks longingly at some unappealing guy driving by. You know that you’re being sold a lousy car if the manufacturers have to use such an incredible lie to get you to buy it.

Your company makes a chair as personal as a “personal” computer. What is the nature of the relationship between a well-designed product and the person who uses it?

When I was a teenager, I served as an interpreter between Charles Eames and my father. Charles used to talk about the “guest-host relationship.” You, as a designer or a salesperson, are the host, and your customer is your guest. You have to think about how your guest will perceive whatever you’re offering him. You don’t try to please your guest because you want to sell him something. You try to please him because he’s your guest. You serve him because you respect him.

That is the Eames alternative to marketing. If you’re marketing something, it means that you’re thinking in terms of abstract groups — young people, or women, or Europeans. You inevitably miss the point that way. Your salesmanship turns into sloganeering and lies. I don’t understand marketing, and I don’t want to understand it. I want to delight people. Charles Eames admired Buckminster Fuller, and Eames would often ask, “What would Bucky say about this design?” That’s the trick: to see whatever you offer through the eyes of someone you admire.

If good design is an expression of values, what about the company behind that design? What values make a great company?

A company’s strength comes from the love and respect that it has for the creative people who work for it and with it. I admire the designers that I work with at this company. I love their work. I love some of them personally. And I’m incredibly impressed by their artistic skills. I find that my abilities are irrelevant compared with theirs. I am less gifted, so I treat them with great respect. I feel so privileged to work with Frank Gehry or Zaha Hadid, or any of the other people who design for Vitra. I am happy that these extremely gifted people take pleasure in partnering with us to complete important new projects.

The industrial leader — the entrepreneur — is both a social and a cultural leader. A lot of business owners say things like, “We’re all one big, happy family.” That’s ridiculous. We’re not a family, we’re a company. But as a company, we do have a common project that we give part of our lives to and for which we are compensated in one way or another. We live in a state of interdependence. A good leader helps give cultural meaning to work and creates a place where people can be themselves and grow.