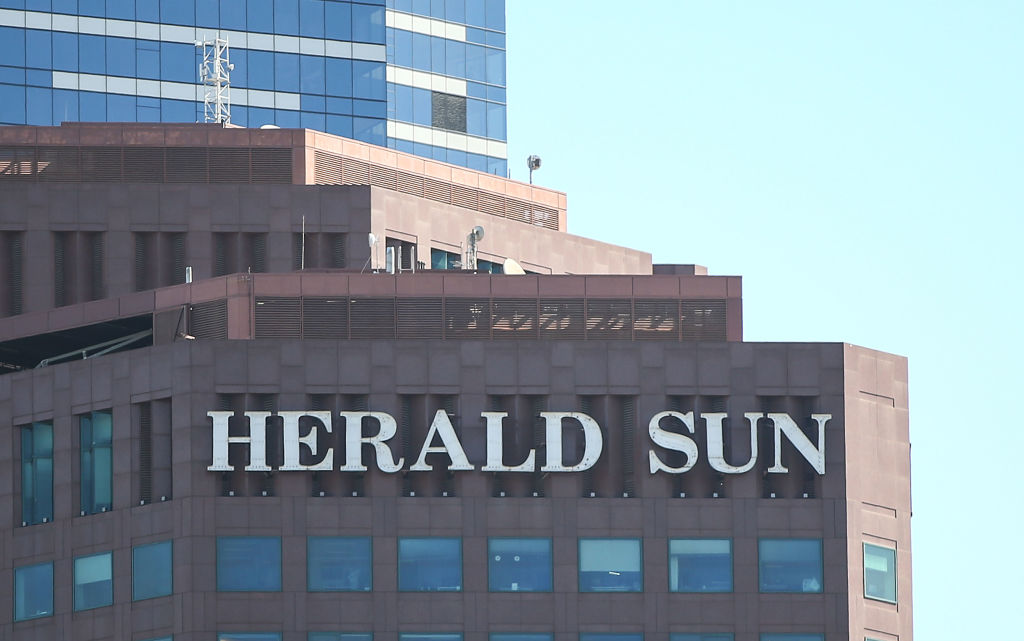 When Facebook banned access to news content for Australian users, it vividly demonstrated the threat that social media giants pose to freedom of information. The ban also highlighted the power that those giants have over the livelihoods of news workers.

The standoff has ended for now. Facebook has signed lucrative deals with media companies and, in return, the Australian government has agreed to not apply the News Media Bargaining Code, which just passed Parliament, to Facebook or to other such firms, provided they can demonstrate they have reached similar agreements with news providers.

Australia’s treasurer, Josh Frydenberg, has claimed the outcome as a victory — and so has Facebook. Rupert Murdoch’s News Corp will no doubt be delighted to receive a cut of Facebook and Google’s revenue.

However, there is one group that seems likely to lose out: media workers. During the negotiations, journalists who use Facebook to build their public profiles and share their work found themselves locked out of a platform that is now central to their profession. As news workers found years’ worth of content that they had produced blocked, it became clear that they were collateral damage in the standoff between Facebook and News Corp.

Neither the compromise nor the government’s new media code offers any guarantee that the big conglomerates will pass on revenue from Facebook and Google to media workers. If the recent history of the sector is anything to go by, media corporations will most likely pocket the revenue while continuing to attack the jobs and conditions of their employees.

Journalists have long been squeezed by traditional news companies that expect them to work longer hours with dwindling resources. The number of journalists employed in Australia declined by 9 percent between 2006 and 2016. In 2018 alone, one of Australia’s largest media organizations cut 120 newsroom staff, impacting newspapers nationwide.

The number of news outlets operating in Australia has also plunged. In the decade up to 2019, the total number of newspapers declined by 15 percent. From the start of 2019 to February of the following year, almost two hundred news companies closed.

News work is increasingly precarious. Of the more than three thousand Australian journalists who lost their jobs in recent years, more than a third went on to work in freelance roles where rates haven’t budged in decades and they are forced to balance a range of gigs with different employers. For those who are still employed, the constant threat of job loss has helped bosses ramp up the intensity of work.

Meanwhile, news companies have sought to undermine union contracts and to push down labor costs. For example, in 2012, Fairfax Media offshored most of its subeditors, only for these jobs to be relisted in Australia in 2019 after Nine Entertainment purchased the company.

A recent longitudinal study shows that gender inequality has also worsened for news workers. Although the ratio of women to men in newsrooms has improved, the “women journalists who remained were younger and worse paid than the men.”

The study also suggests that the skills demanded of journalists are increasingly similar to those of social media strategists and public relations consultants. In other words, “the thinning ranks of ‘journalism’ are populated by fewer journalists, and more public relations specialists.”

To some extent, the contributions of journalists to Facebook are just like any other user-generated content. But in other ways, the relationship is very different. For most social media users, posting and engaging with content is optional and separate to work commitments. For journalists, however, there is a growing expectation that maintaining a strong social media presence is both part of the job and a prerequisite for landing a job.

This means that for more than a decade, on top of their day jobs, journalists have effectively performed unpaid labor for social media platforms such as Facebook, where they promote their stories, themselves, and the organizations that employ them. As one study put it, it’s a case of “tweet or be sacked.”

This reality is closely tied with the rise of “brand journalism,” which relies on content that is closely integrated with marketing. Digital marketing, especially on social media platforms, is crucial to this, so much so that companies employ whole departments tasked with drumming up audiences through social media.

One social media editor at a news company told me he wouldn’t know how to do his job without Facebook. He posed a hypothetical question that recently became a reality: “How do you get people to come to your site again if Facebook is gone forever, or it disappears?”

Social media companies make significant profits from the content produced by journalists and shared on their platforms. This is why, after initially threatening to pull its services from Australia, Google quickly changed tack and signed news companies up to its News Showcase service.

News is important to Google’s business model. Up to an estimated 14 percent of Google searches yield news media stories, which appear alongside ads that put money in Google’s pockets. On top of this, activity surrounding news media is captured as data, sorted, and sold.

For its part, Facebook estimates that only 4 percent of posts on its platform are news content. Yet in additional to lost advertising revenue, without news content and journalists, the platform would likely lose users and valuable data.

In short, news is profitable to Google and Facebook. Despite this, journalists receive nothing for the labor they perform to keep these platforms’ users online and engaged. It’s no stretch to say that a significant portion of what journalists do is free labor.

At one level, the clash between Facebook and the Australian government represents a conflict among capitalists, pitting old media companies against new big tech rivals. For years, incumbents like News Corp owner Rupert Murdoch and Seven West chairman Kerry Stokes watched their profitability stall and their political power erode, in part because of the newcomers. There is no doubt that they leveraged their considerable political influence in the Liberal-National Coalition government to insist on the News Media Bargaining Code that provoked Facebook’s news ban.

Seen in this light, the bargaining code is the latest attempt to reign in Google and Facebook and extract a cut of the revenue that comes from their near monopolization over online searches and social media advertising, respectively. With a mandatory arbitration process between Facebook, Google, and Australian news companies in place, the social media companies will be required to pay for news content that appears on their platforms.

As an exemption from cartel laws, news companies will also have the right to collectively bargain, giving them more power in negotiations. There’s a certain irony to this — after all, the Coalition has long tried to undermine workers’ ability to bargain collectively through unions.

The communications minister, Paul Fletcher, defended the code, arguing “it’s very important that we have a diverse and well-resourced news media sector in Australia, that’s a critical part of our democracy.” His justification rings hollow, especially since the Liberal Party has positively encouraged News Corp’s domination of Australian news media.

To take just one example: in 2017, then PM Malcolm Turnbull’s repealed regulations limiting the concentration of media ownership. The result was a decrease in media diversity, with the number of major news companies dropping from five down to four, and News Corp consolidating its monopoly in regional markets.

In 2020, the Coalition cut over $84 million in funding to the country’s public broadcaster (ABC) and attacked the integrity of reporters. Meanwhile, the Australian Federal Police has raided the homes of senior investigative journalists involved in bringing to light files documenting Australian war crimes in Afghanistan.

One thing should be clear. This code is not intended to create a more democratic media or help news workers.

The Media, Entertainment and Arts Alliance (MEAA), the union representing journalists in Australia, supports the bargaining code. In a media release, MEAA media president Marcus Strom called it a good first step, arguing that “for nearly two decades Google and Facebook have built enormous fortunes off the back of aggregating content that others have made and others have paid for.”

So far, the union has framed its support in terms of increasing revenue for employers, while arguing that smaller and regional outlets need to get a cut. Now, journalists need a similar guarantee that the revenue will support quality journalism and improve their working conditions.

Journalists also need protections against social media giants. When Facebook removed access to news content, journalists were effectively locked out of what has become an important part of their jobs. This is particularly damaging for freelance journalists, who rely on social networking sites to promote their work.

Although the labor issues entangled in Australia’s latest move to regulate tech capital have largely been ignored, there are important signs that journalists are getting organized. In 2017, Fairfax journalists launched a high-profile strike opposing job losses and calling for greater investment in journalism. Australian journalists and news workers can also take inspiration from a trend in the United States that has seen more than fifty news companies hold successful unionization votes since 2015.

For all the deep problems with Australia’s news media, without paid journalists, many of us would know little about current events taking place beyond our front doors. This is why the dispute between the Australian government and Facebook wasn’t just a fight between old and new capital. It was also a fight over access to information that will affect the livelihoods of news workers.

No matter who is ultimately deemed the winner between Facebook, the Australian government, and old media companies, journalists will face ongoing threats to their jobs and conditions. The only way to win is to fight back.