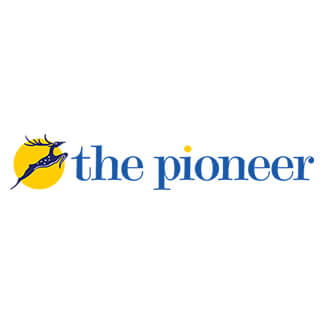 The “extraordinary zeal” shown by the potential innovators and entrepreneurs needs to be matched with deep domain expertise, or else there is a danger of failing for entirely avoidable reasons, Principal Scientific Adviser to Government of India K VijayRaghavan said on Saturday.

Such innovators and entrepreneurs need a much better connection with the national and global ecosystem of technologies and techno-economic perspectives. For this, they require “a high-quality mentorship at an individual level”, he said.

“One thing which is striking to all of us interacting with the potential innovators and entrepreneurs is their extraordinary zeal… But on the ground level today, the zeal–to be slightly critical–needs to be matched with deep domain expertise and/or access to that expertise,” VijayRaghavan said.

He was addressing through video conference a grand finale pitch event called ‘EVangelise,’ virtually organised by iCreate, an Ahmedabad-based start-up incubator, to identify the next generation of innovators in the electric vehicle sub component segment.

In the lack of domain expertise, there are chances of a potential innovator and entrepreneur falling by the way side for relatively obvious and simple reasons rather than falling for more complex reasons and learning in the process, said the distinguished biologist.

“And there, we need to have a much better connect with the national and global ecosystems in every kind of technology, so that the best advice from the scientific perspective — but also from the techno-economic perspective — comes in,” said VijayRaghavan, who is a former director of the National Centre of Biological Sciences.        He said that the “techno-economic” part is substantially missing among entrepreneurs in the ecosystem.         “I have been saying this for some time, that we need high quality mentorship at the individual level so that this process takes place,” he said.

Leaving aside those who have “connections and pedigree”, organisations like iCreate can “make sure that everyone who needs access in a particular domain has access, both technologically, financially, techno-economically,” he further said.

He also said that entrepreneurs should concern themselves with what they want to do and  whose problems they are trying to solve.         “Entrepreneurship is solving a problem stated by someone rather than having a new mouse trap and marketing that to the people who want it to buy,” he said.

Entrepreneurships should also keep in mind global supply chains and innovations. “Entrepreneurs are so stuck in getting their next day’s work done that they sometimes miss this both in terms of opportunities and threats, and there too, advice is necessary,” he said.

The grand finale pitch of the maiden EV challenge called “EVangelise,” had ten finalists making their pitches to an expert panel of jury, with a total ` 88.5 lakh being awarded to them across found innovation challenges and stages.

It has been organised by of iCreate (International Centre for Technology and Entrepreneurship), an autonomous technology business incubation centre located on the outskirts of Ahmedabad, with the top three winners to receive cash prizes of `10 lakh, ` 7.5 lakh, and `5 lakh, besides an assured incubation support of `50 lakh each as well as market connection and industry mentorship.