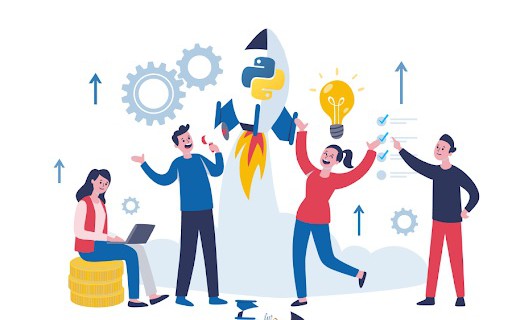 Every technopreneur who is about to start their startup remains in a huge dilemma over choosing the right programming language for their project. It is much obvious because they are not techies or from a technical background.

Choosing a programming language for your startup entirely depends on your project needs, your budget, and other parameters. This write-up is for those professionals who want to plug into the small or web-based tech business and are muddle-headed to make a fair choice between Java and PHP.

Looking at the popularity, PHP has been used by 81.25 percent of the tech companies worldwide just to build their web applications. Without a doubt, PHP is the best choice for website development.

Let’s See Some of the Unknown Facts About PHP:

By now, you must be feeling that PHP is the only language that you would prefer for your startup.

The Comparison Between PHP and Java:

PHP vs. Java: Which is better?

PHP development is a cost-effective option for creating websites quickly.

On the other side, Java is a client-side language that offers flexibility for using desktop applications along with server-side language.

PHP Vs. Java: Which One Is Secure?

Java is a server-side programming language that is compiled into bytecode and run on JVM.

Whereas PHP is an interpreted language that is compiled into bytecode and then interpreted by a runtime engine.

So, in terms of Memory Safety, Java is memory-safe as it ensures your system’s safety from security attacks and bugs.

When it comes to an enterprise website’s safety, any business, either a newbie or a well-established firm, no one will like to take any chance.

PHP parses the file and outputs the stream for each call. There is no compilation process in PHP. However, in the CGI model, the compilation does not make any sense.

In a nutshell: PHP is an open-source server-side scripting tool widely used to develop responsive portals, whereas Java is a client-side programming language that is majorly accessed for building.

In terms of design and architecture, Java is a compiled language and is faster than PHP.

However, when we apply the two languages in practice, PHP is faster than Java on the web. PHP is designed for the web and is the most developed, pervasive, and server-side content.

Here again, PHP stands ahead of the JAVA as PHP frameworks are designed for the enterprise web.

PHP Vs. Java: The Best for Your Web App?

Both PHP and Java are old languages, but JAVA is a bit ahead of PHP when providing debugging tools and a richer set of API.

For the Tech Entrepreneurs

As an entrepreneur, you will need a language that can design well with simple and inexpensive tools. You design correctly, and you will easily scale later.

Let’s take a real example where the tech giant Facebook was created using PHP and it is still relying on PHP and scaling much better.

On the other hand, Twitter used Scala(better than Java), and Ruby. But, we all know that Twitter could not scale because it has over the capacity pages.

As a non-technical founder, you need to look at the following aspect while choosing between Java and PHP.

Look for Three Qualifications Without Any Exception:

1. Don’t go for the fast coders; instead, look for the one who knows the logic behind each and every line of the code.

2. Technical recruiters and advisers who will just give you irrelevant advice because they have worked on the technology but never have written a single line of code or designed any system.

3. Hire developers who own a Github or Bitbucket account full of code and ready to show during the interview.

In a nutshell, choosing between Java and PHP is entirely based on your project requirement. Both Java and PHP are used for custom software development that includes web development and web apps development. But very few startups prefer to rely on Java.

On the other side, PHP Laravel is widely used for startups. ‘Small percentage of modern-day web startups use Java.’ Both web applications are equally important and play their roles fantastically. PHP suits better for small applications, and Java performs better for larger web applications.

In case you are going to start a startup and believe that PHP will justify your project requirements, hire a PHP developer and see how scalable it will be in the future.