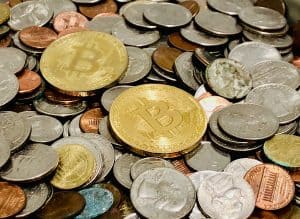 Paradigm, a firm investing in cryptocurrency-based startups, said this week it has raised $2.5 billion from investors to create the largest-ever cryptocurrency investment fund. If true, it would kick Andreessen Horowitz out of the top spot. The sum also surpasses the initial $1.5 billion target.

In a blog post announcing the development, Paradigm co-founders Matt Huang and Fred Ehrsam said they founded the firm during a crypto winter because they viewed crypto as on the verge of being one of the most important technical and economic shifts over the coming decades. It has the ability to change money, DeFi, and even Web3.

By developing an investment firm that caters specifically to crypto, Huang and Ehrsam could best position themselves to help crypto entrepreneurs and communities.

“We’ve immersed ourselves in the frontier of protocol research and the culture of Web3,” they wrote. “And we’ve built a team of domain experts around research, engineering, security, talent, communications and marketing, legal and policy, and everything else crypto entrepreneurs might need to advance their projects.”

The new fund will invest alongside Paradigm’s flagship fund across all geographies and growth stages, while helping bring crypto more mainstream, they added. Less than 10 per cent of people own crypto, and, while growing, DeFi is still a drop in the financial bucket. Web 3.0 is also in its beginning stages, they cautioned. All three areas are prime investment targets, they said.

The 33-year-old Ehrsam, who is one of the founders of Coinbase, is worth $4.4 billion, according to Forbes. Even though he left Coinbase in 2017, he is still a board member and owns six per cent of its stock. Huang, 32, co-founded Hotspots.io, a social media startup that was sold to Twitter in 2012. He was in revenue analytics at Twitter before becoming a partner at Sequoia Capital in 2014. Huang left Sequoia in 2018 to found Paradigm with Ehrsam.

“Paradigm is an investment firm focused on supporting the great crypto companies, protocols and currencies of tomorrow,” the two wrote. “Our approach is flexible, long term, multi-stage, and global. We often get involved at the earliest stages of formation and support our portfolio with additional capital over time.