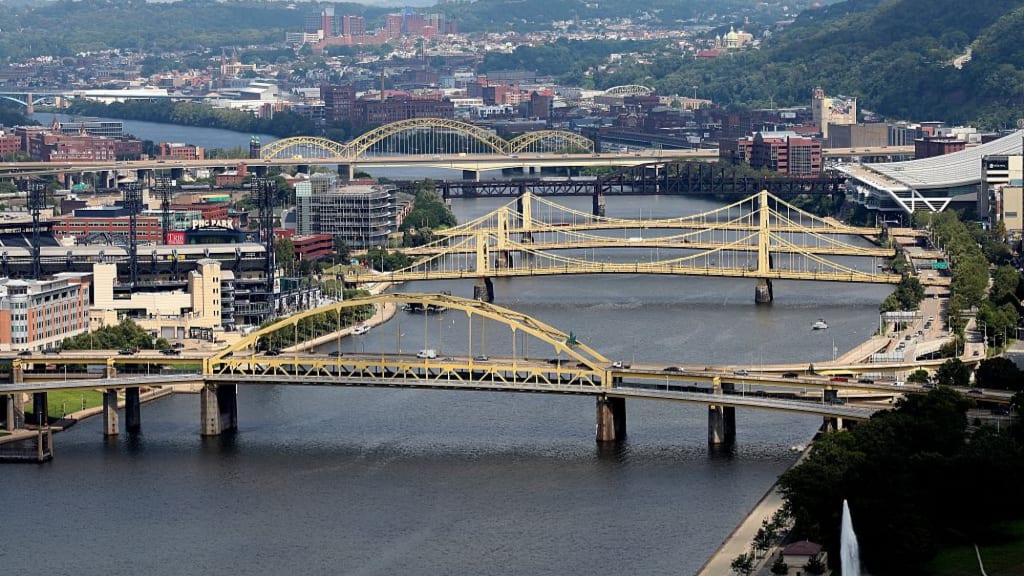 The steel industry put Pittsburgh on the map, leveraging its natural bounties in coal and strategic location at the intersection of three rivers to satisfy America’s unquenchable thirst for steel to build bridges, factories, buildings, and automobiles. Once again Pittsburgh finds itself in the right place at the right time as a new industrial revolution is taking shape.

Robotics is changing the way people work, learn, and move. Machine learning and artificial intelligence empower robots to build bridges, move pallets, and disinfect facilities. Self-driving cars, trucks, and aircraft deliver packages — and people — from one point to another. From farms to factories, manufacturing to medicine, robotics supercharge productivity.

The pandemic has accelerated this revolution, in two big ways:

Here’s why Pittsburgh is positioned to prosper:

Less than a mile apart, the University of Pittsburgh channels nearly a billion dollars annually in National Institutes of Health funding into medical research, while Carnegie Mellon churns out roboticists — and dozens of local companies — from its world-leading doctorate program.

Dating back to the Three Mile Island accident, the U.S. government has funded development of robots that clean up environments, defuse minefields, and inspect infrastructure. Pittsburgh-based companies with full ownership of the resulting intellectual property stand ready to commercialize their innovations.

An emerging set of unicorns

Over the past year, several companies have proved that Pittsburgh can breed billion-dollar companies. Duolingo and Aurora each went public with a splash, the former waving Terrible Towels in Times Square to celebrate its nearly $5 billion IPO in July, the latter filling Broadway with autonomous cars and trucks as it merged with a SPAC in November, which resulted in a $13 billion valuation. Argo AI, riding more than $2.6 billion in investment from Ford and Volkswagen to build autonomous systems for cars and trucks, comes up next.

Already the region has created 7,000 robotics jobs, many concentrated in Robotics Row, a section of Pittsburgh spanning Lawrenceville and the Strip District packed with warehouses and factories ripe for reinvention. Not only are there jobs for PhDs, but for blue-collar workers needed to build prototype devices, operate welding equipment, and operate 3-D printers and CNC machines. Former steel mills along both the Allegheny and Monongahela Rivers — the city’s original superhighways — have been repurposed as research centers, or replaced by new structures optimized for life sciences and advanced manufacturing.

And that’s not all. They’re building parts of the metaverse here. Since 2015, Facebook Reality Labs in Pittsburgh has quietly grown to 100 employees — “the best and brightest scientists, developers, and engineers spanning a range of expertise to establish AR and VR as the computing platform of the future,” according to its own website. Just last year, Facebook added a new office with “100,000 square feet of cutting-edge lab and office space” to “advance Facebook’s 10-year road map and mission to give people the power to … meet, work, and play games with anyone, anywhere in the world.”

Across the river at Nova Place on Pittsburgh’s North Shore, smaller companies like EktoVR are similarly focused on virtual worlds, developing boots that coordinate with headsets to deliver more immersive VR experiences for training.

The revolution is well under way. And it’s happening in Pittsburgh. Once again.