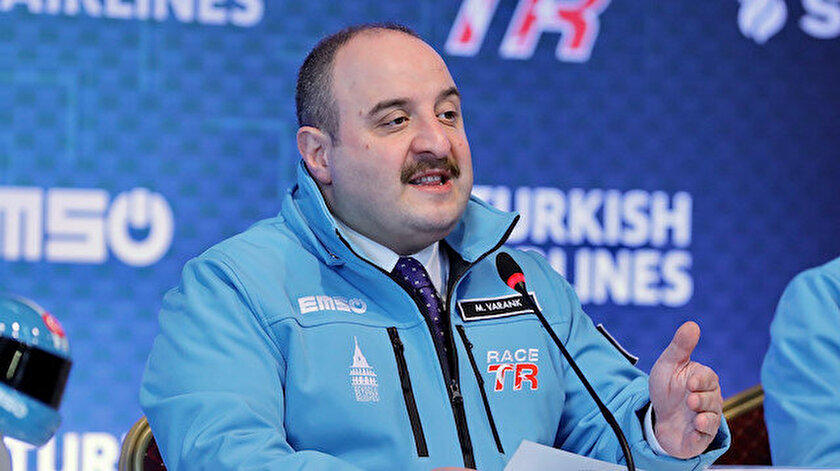 Varank made the remarks at a meeting dedicated to the second leg of the FIA Electric Car World Cup (FIA-ETCR), which will be held in Turkey on May 20-22, 2022.

“Turkey is one of Europe’s manufacturers capable of exporting $30 billion in automotive [products]. We have stepped up our efforts to expand this capacity even further. We’re working on electric, self-driving, and connected vehicle technologies,” Varank emphasized.

He underlined that Turkey’s production and export capacity is increasing every year.

“We are witnessing Turkey’s potential in conjunction with our success in unmanned aerial vehicle technologies and the world’s interest in us. Today, Turkey invests in the appropriate technology at the appropriate time. We already have significant capacity in the automotive industry,” said the minister.

Varank described Turkey as one of the most important countries in Europe’s automotive sector, pointing out that interest in electric vehicles has grown in tandem with Turkey’s domestic electric vehicle market (TOGG).

“We focus on smart transportation systems, shared mobility, new generation materials and even mobility living spaces. Here we all witnessed the interest that TOGG received in the world’s largest technology fair. Hopefully, when our domestic and national vehicle is on the market, it will have a much bigger impact. We know that many other companies have plans to join this trend in Turkey. Turkey will rapidly advance towards its goal of becoming Europe’s production base for electric vehicles,” Varank emphasized.

He reiterated that the FIA Electric Car World Cup has the potential to reach hundreds of millions of viewers in 127 countries around the world. In addition to its global economic impact, it will play a positive role in the promotion of Istanbul. Due to this sports event, Turkey can raise awareness of Turkish brands on a global scale, Varank added.

Furthermore, Varank emphasized that the race will increase interest in electric cars in the country.

“Parallel to the change and transformation in the automotive industry, and perhaps even earlier than in the world, interest in electric vehicles is increasing in our country due to TOGG. I wish the FIA ​​Electric Car Racing World Cup to be auspicious for our country in advance. The 21st century will be the century of electric vehicles. Electric vehicles actually bring a total transformation in the mobility sector. Charging infrastructures and battery technologies are developing, and the share of electronics in vehicle components is increasing day by day,” he said.

Varank underlined that Turkey attaches great importance to the advanced technology field and achieved significant achievements in this direction.

“Unfortunately, there were times when we, like Turkey, remained a spectator to the transformations that took place in the past. Today, this situation has changed drastically. Thanks to its advanced technology and innovation infrastructure, Turkey can now take quick action towards new trends. Thanks to the investments we have made in technoparks, modern technology infrastructures, test centers, and research institutions, we have gained great momentum especially recently. We are witnessing this potential of Turkey together at TEKNOFEST, the world’s largest aviation, space and technology festival,” he added.

In his address to the meeting, Hamza Yerlikaya thanked those who helped organize the event and hoped that the competition, which will be held for the first time in Turkey, would be beneficial to the country.