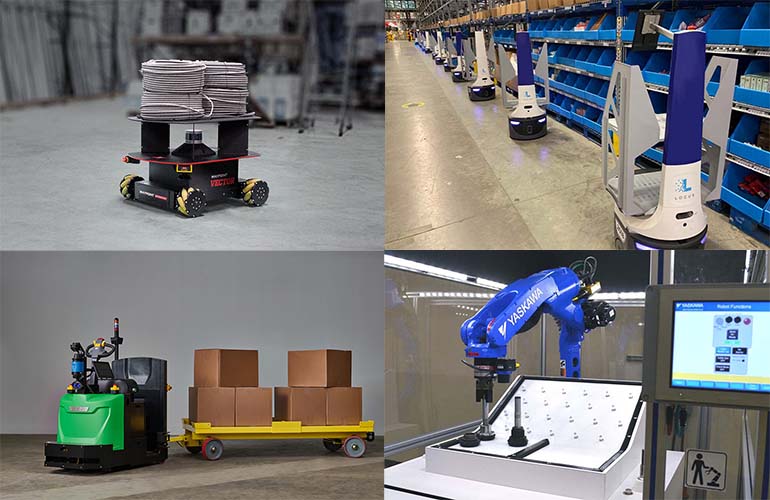 Many in the robotics industry have embraced the idea of interoperability, and others are coming to the table.

The robotics industry has seen tremendous growth over the past couple of years. The COVID-19 pandemic accelerated this growth by opening up more sectors of the economy to robotics. Today, thousands of mobile robots are running around warehouses and factories, and robotic arms that were once welding or painting in a Toyota or GM factory are now flipping hamburgers at the White Castle down the road.

With this growth, the robotics industry finds itself at a crossroads other technologies have been in before. This crossroads is a key decision point that can lead to even bigger and brighter things, or to a slowdown or even worse outcomes. Like the sensor industry and the telecom industry before them, the robotics industry has come to a crossroads on interoperability, which is the ability for robots from multiple manufacturers to work and communicate with each other. When telecom and sensor companies came to this crossroads, they put their differences aside and came to agreements on how to work together so more users would be able to use their equipment. Through interoperability, those industries grew the size of the proverbial pie, and everyone benefited.

In 2019, I was one of the speakers at the first Autonomous Mobile Robot Conference in Louisville, Kentucky. My talk was titled “Roadmaps and Roadblocks for AMRs in Logistics.” My goal was to give the fledgling mobile robot industry an idea of what it would take to really get more robots into the logistics industry.

One of the key points in my talk was the importance of interoperability going forward. For the purpose of my presentation, I pointed out all of the different types of equipment and the diverse number of vendors FedEx already used in just our operations at the Memphis World Hub. Some of these vendors provided similar equipment, but none of them could produce the amount of equipment we needed. Then there is the general business practice of never allowing a single supplier to be so big that it becomes a risk to our operation. Through all of these points, I tried to make it clear that companies that made their robots capable of plugging into an existing system with other robots and other pieces of equipment would find themselves at the top of our partnership list.

After the talk, I was approached by many in the industry who agreed that interoperability needed to be looked at. Unfortunately, I had more people tell me they didn’t see interoperability happening anytime soon. The goal for robotics companies at that time was to get as many customers as possible, try to embed themselves into their operations and take on as many of the tasks as possible. All good I told them, until your pallet moving robot had a face-off in the aisle with my mopping robot. The response I got was, “Maybe we should make your mopping robot as well?”

This type of hubris from some robotic firms was typical in 2019. The belief they could solve all of the issues with their robots, or their vision system, or their AI was all too common. Then the pandemic hit.

The pandemic changed everything

Not many good things can be said about pandemics, but they are change agents. For the robotics industry, this pandemic opened doors into new industries and totally blew the doors off of others. For those of us in the logistics industry, it became clear that we needed to automate like never before. The boom in e-commerce and a very tight labor market put robotics and automation at the top of the list for many logistics executives.

For the robotics industry, phones started ringing not only from the logistics industry, but numerous others. Dealing with their own labor crunch, many established companies focused on providing their core robot offerings. New startups came into being to focus on these new, unique opportunities. The pandemic had kicked off a new boom for the industry, but it also shined a light on the limitations of the industry. The lack of interoperability came into focus for many more of my fellow end user friends. The good news was some had left Louisville with a new call to action and were already working on a potential solution.

Numerous groups across the globe in 2021 started to look at ways to address interoperability. In Singapore, Open Robotics worked with the Changi General Hospital to create a system that allowed numerous robots from different manufacturers to operate together in the shared space of the hospital, including tying into the building’s own infrastructure such as elevators and fire alarm systems. In Germany, VDMA and its members looked at ways to bring interoperability closer to reality. Here in the U.S., a team of companies at MassRobotics developed a baseline standard that allowed for robots to provide their status.

Other organizations like the ARM Institute funded projects around interoperability. In January 2022, one of those projects, led by Siemens, will demonstrate how it achieved interoperability at the FedEx DART facility in Memphis. The ARM Institute project includes other companies and organizations such as Waypoint Robotics (now owned by Locus Robotics), Vecna Robotics, Yaskawa and the University of Memphis.

Where are we now?

This past year, interoperability was front and center at the Autonomous Mobile Robot Conference. From panel discussions to individual speakers, there were few that didn’t mention interoperability. Does this make it a done deal then? Not yet.

We have entered a crossroads within a crossroads. As an industry, I think we know interoperability is going to happen. What we don’t know yet is how are we going to do it. Robot manufacturers want to hold on to as much of the secret sauce that makes their robots unique, while also giving end users as many options in their heterogeneous fleets. There needs to be give and take on both sides. It is going to take more companies and organizations coming to the table.

There needs to be serious thought regarding where these discussions will take place. As mentioned before, there have been numerous efforts around the globe focusing on interoperability. The good news is this shows how important interoperability is, but it also shows that it may be time to centralize those efforts, so we can ensure we get closer to a harmonized flavor of interoperability that everyone can live with.

So far, organizations like ISO, ANSI and A3 have stayed on the sidelines. This is not to say they have not encouraged or assisted in some of this work, but it may be time for them to take on a greater role. These organizations are built to be more neutral and to offer bigger tables for more voices.

My hope for 2022 is that interoperability continues to be in the front of everyone’s mind – both manufacturers and end users. I hope we find common ground that allows for further expansion of what is possible. This will only happen if everyone feels like their hopes and concerns are addressed. I’m ready and I hope you are too. We all are needed to make this happen. 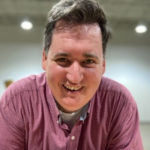 With nearly 25 years at FedEx, Aaron Prather has developed and deployed numerous technology applications across the FedEx enterprise. From Hub operations in Memphis, Indianapolis, and Oakland, to Courier Operations around the world, he has worked in every corner of FedEx’s day-to-day operations.

In his current role as Senior Advisor, Technology Planning & Research, Prather leads efforts to find and deploy new technologies into FedEx operations, including robotics and automation. He sits on the company’s Operations Technology Council which coordinates efforts across all of the FedEx companies.

Outside of FedEx, Prather participates in developing robot standards at the RIA and UL. Through the FedEx Institute of Technology at the University of Memphis, he works with universities and colleges in the development of educational programs for the next generation of technologists in logistics. Prather received an MBA from Christian Brothers University and holds a BS from University of Memphis in Geographic Information Science and Cartography.