“I am writing to find out if you’re interested and available in participating on a project with the Academy,” an email received by Khyati Trehan a few months prior to the 94th Academy Awards held on March 27th read. “I’m still in disbelief,” shared Trehan, a graphic designer and 3D visual artist, on her Instagram post. She was commissioned to create a representation of the Oscar statue, the only Indian among eight artists from across the world to be invited for the same.

A National Institute of Design graduate, Khyati’s educational background in design is just as diverse as her oeuvre. Playful, emotive, and dimensional, her work has found worldwide recognition with names like Instagram, Snapchat, New Yorker Magazine, the New York Times, Samsung, PRINT, Wework, Adobe and Apple as some of her clients.

Khyati boasts of more feathers in her hat; she was one of Print Magazine’s 15 New Visual Artists under 30 in 2017, the Artistry Creator of the Year at Adweek’s Creator Visionary Awards, a Young Guns 19 Winner and most recently, has been listed in Forbes India 30 under 30.

In an exclusive conversation with indianexpress.com, she talks about her Oscars project, her creative style, and her ever-expanding world of design.

Congratulations on your work with The Academy! Can you tell us what the brief was and how you went about it?

For the 94th Oscars, the campaign theme focused on the intersection of storytelling and technology. Innovations in both continue to push the boundaries of our imaginations, for filmmakers and film fans alike. The Academy invited eight artists from around the world to each create a representation of the Oscar statue inspired by their personal appreciation of movies and by the prompt: “How do movies transform and inspire you?” I drew my inspiration from the immersive power of movies, building on the idea that our bodies are in one place but everything else that makes us living, breathing human beings, are transported, feeling, absorbing and believing the stories and characters when we watch films. 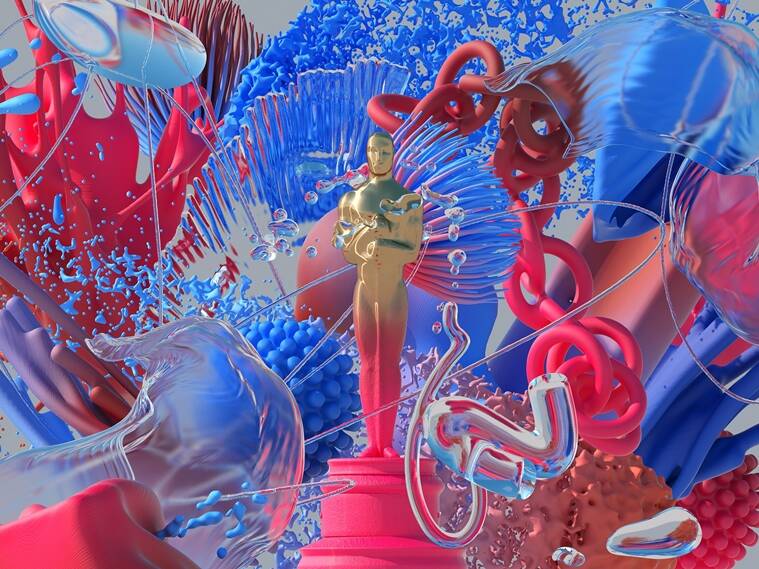 How did the end result take its shape?

In my artwork, the Oscar statue acts as a representation of every movie viewer that is transported to another world, watching the story unravel all around them. I wanted to create an overwhelming sense of feeling absorbed in the film. The image is an abstraction of being bang in the centre of all the action. I also used the gesture of ‘pivoting’ in my looping animation to communicate a sense of space.

What inspires your art?

I’m inspired by the context of the work, the people I’m making for, and my personal experiences. 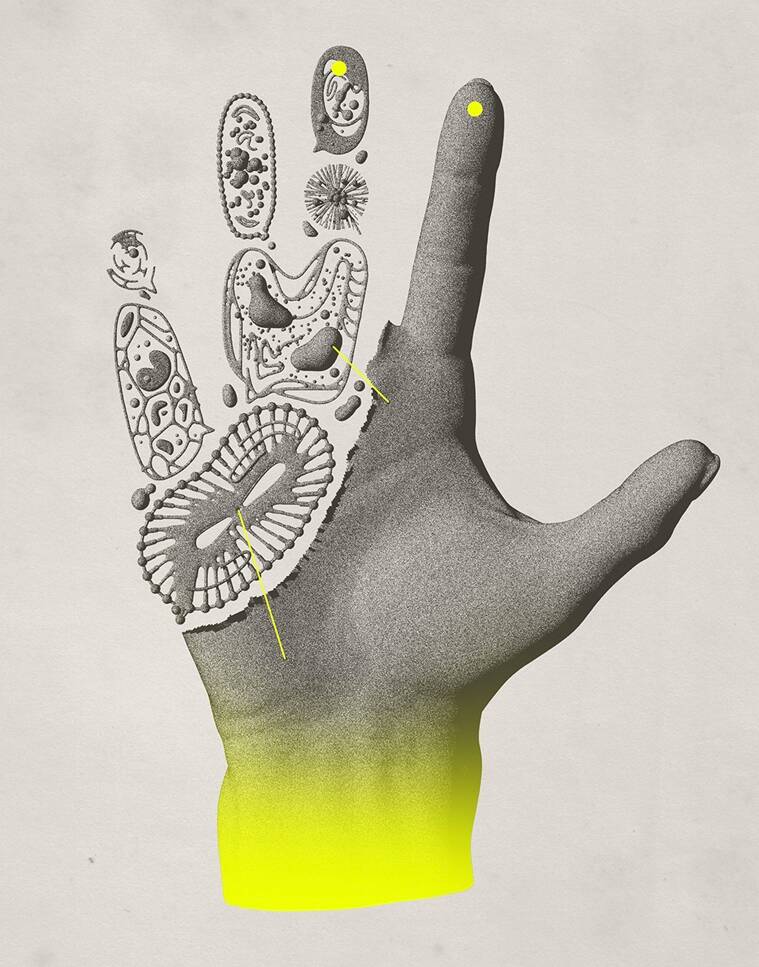 How do you approach every artwork, design?

Every new project feels like an opportunity to outdo and stretch myself, and to nerd out about the world I’m designing for. My work style varies as much as my visual style. My design practice begins with research-heavy discovery, diving headfirst into the context, who I’m making for, building off of strategy, etc. I get to throw all of that out in my parallel artistic process and let my hands have a life of their own. Whatever the visual communicates, the approach is geared towards moving people, telling them something more than words could manage and staying with them long after their eyes have moved elsewhere.

Tell us about your journey as a visual artist.

I studied graphic design at the National Institute of Design, Ahmedabad and graduated in 2014, realising how massive the visual world truly is. Since then, I’ve gone on to exploring whatever ‘communication’ can mean: from type design at the Indian Type Foundry, building AR experiences for clients like Snapchat Spectacles and Instagram, illustrating articles for NYTimes and the New Yorker Magazine, practicing human-centred design and storytelling at IDEO, to more recently, building complex brand systems with Karin Fyhrie and her global design collective ‘Sovereign Objects’. And there’s still tons more to explore. While all this action has gone on on the professional front, I’ve maintained a constant thread of teaching myself new skills and doing personal exploratory work, which organically grew into its own full blown visual art practice. 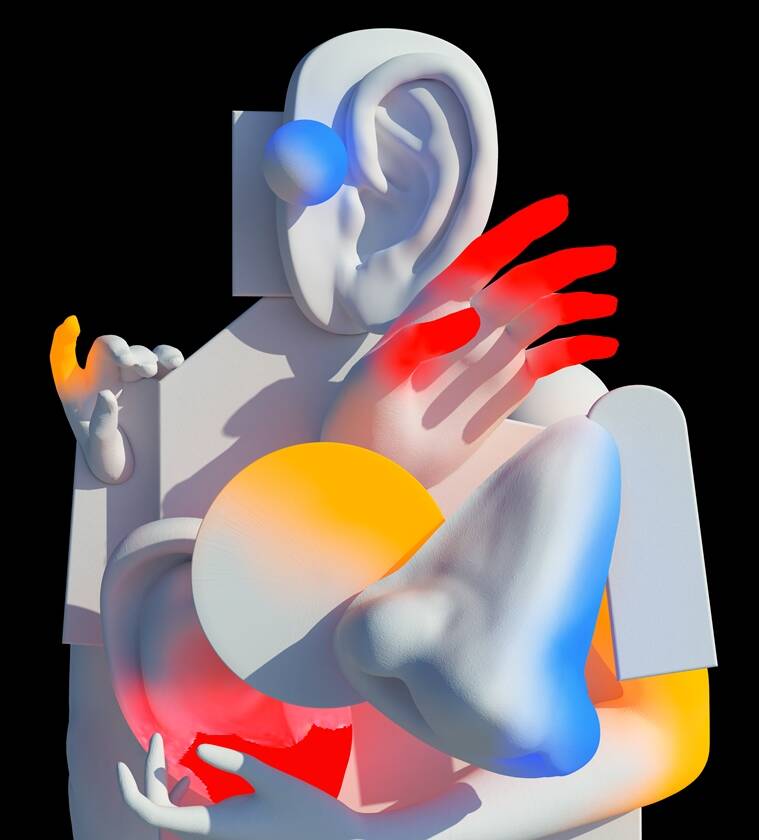 ‘There’s more to us than just our brains’ for New York Times. (Photo: Khyati Trehan)

What would you say is your creative signature/style?

I’ve always worked towards broadening my skill set in the pursuit of becoming a versatile designer, which isn’t the best formula for developing a singular style. That said, I am drawn to a few signature visual moves and image making devices. A large part of my work is dimensional and I often use 3D as a tool to think spatially and create work that isn’t trying to be photorealistic. Instead, I think there’s a lot of potential to create a new aesthetic toggling between 2D and 3D. I also enjoy meaning making through juxtaposition; putting two ideas together that don’t make sense till they do. There’s an additional compositional challenge in working with abundance and chaos, and then trying to find balance in it.

You work on a range of projects. In all of this, how do you manage to keep your artistic footprint intact?

I intentionally try not to maintain one. Every project solves a different set of problems or addresses a different brief. This variety is even more exaggerated in my case since I tend to move from branding to illustration to AR to animation to art direction and back, and all of this across industries, and varying audiences which means there’s never just a singular narrative to tell. I wouldn’t be doing my job well if I kept saying the same thing with my work while the ask is different each time. The common thread across these projects is the approach. I spend a lot of time immersing myself in the context before putting pen to paper. It’s not hard to make images look aesthetically pleasing. The real task across these projects is arriving at a strong concept and a big idea. 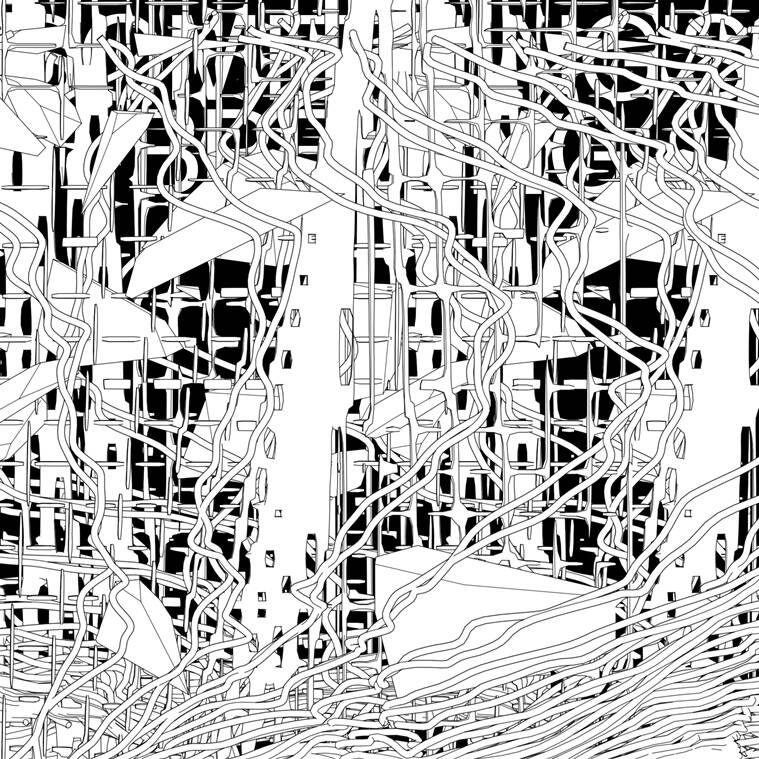 “A large part of working in 3D is about borrowing and learning from the real world. And the real world is imperfect and observing it has had an impact in the way I ‘see’.” (Photo: Khyati Trehan)

Your explorations with 3D is something very distinct and defining. What drew you towards this style and how have you explored it for your different kinds of projects?

I’m drawn to working with 3D because you’re essentially whipping up spaces and objects that are close to reality, out of thin air. It’s an empowering and exciting addition to a graphic designer’s toolkit, that traditionally lives in the 2D realm. A large part of working in 3D is about borrowing and learning from the real world. And the real world is imperfect and observing it has had an impact in the way I ‘see’. 3D also introduces a lot of serendipity into the design process. I can model an object, subject it to real world physics like wind and gravity and wait to see what happens. I use it in different ways across projects; sometimes it’s the primary illustration tool, sometimes 3D replaces photography in my branding process especially when we’re showcasing how the brand might live out in the world; and sometimes it’s a tool to create work faster and more easily, such as making 2D animation that nobody’d guess was made using a 3D software.

I particularly liked the pieces you did for New York Times, ‘There is more to us than just our brains’ and ‘The Secret Life of a Coronavirus’. Can you tell me a little about these?

‘The secret life of a Coronavirus’ was my first big editorial illustration, supporting an essay by Carl Zimmer adapted from his book ‘Life’s Edge’. And it was a pretty high stakes first to have, given that it was a full page illustration to be featured on the cover of the NYTimes Sunday Review along with a supporting visual and an animation. The breathing animation of the key visuals echoes a big question in the essay and asks: Are viruses Alive?

‘There is more to us than just our brains’ was my second editorial for the New York Times. It reviews the book ‘The Extended Mind’ by Annie Murphy Paul and digs into the power of thinking outside the brain. The illustration lives in the NYTimes Book review section and visualises our ability to hear the signals that our bodies, what our senses are communicating to us every bit as much as our brains are. 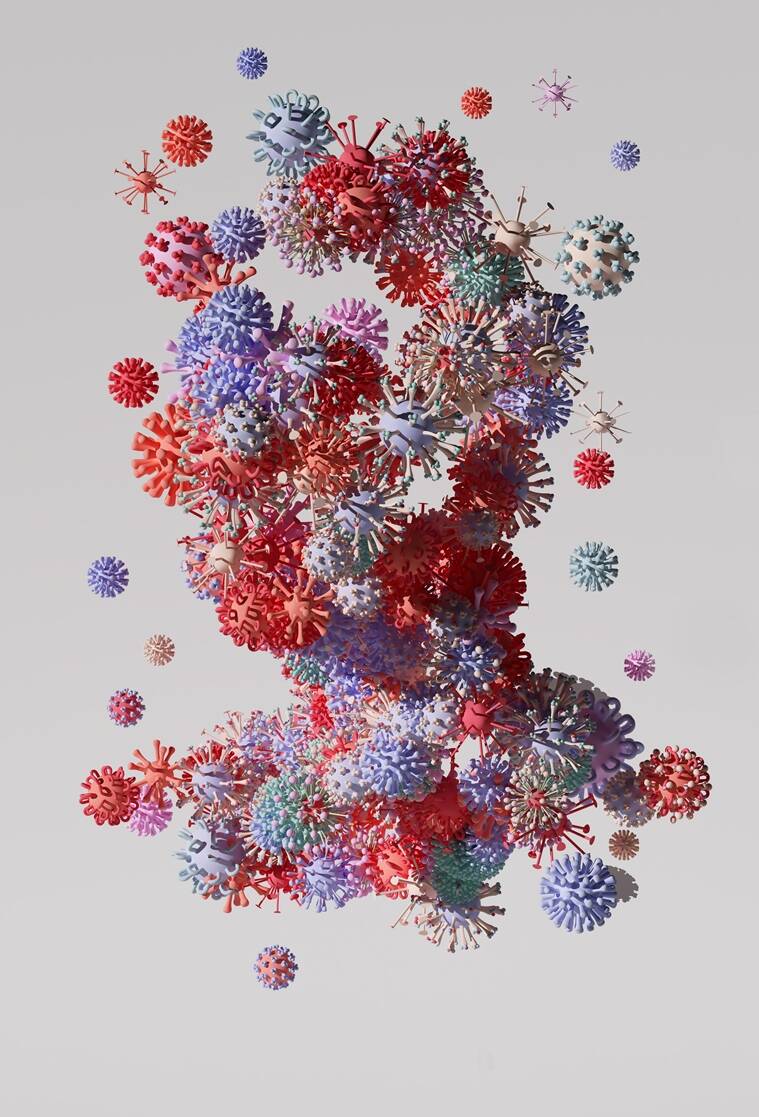 You said in your Forbes interview that you use 3D designs “as a tool for meaning making”. During the pandemic, how did you as a creative try to make meaning of all the absurdity that was going on?

With that I meant to say that as a graphic designer and image maker, 3D is one of the many tools I use to make meaning. When I’m exploring and making with no purpose or goal, the inspiration tends to surface midway automatically. Even though it wasn’t intentional, I noticed that an ache for tactility, which in the world of 3D translates into texture, showed up a lot in my visual diary, given that social distancing robs us of a lot of it.