While Silicon Valley may dominate the headlines, there are many other technology hubs, specifically in the Asian Pacific market, making significant strides when it comes to building up their startup ecosystems. A surge in venture capital, government support, and reforms are helping to revitalize the region and increase the visibility of the latest generation of entrepreneurs on the global stage.

Taiwan, in particular, is embracing this wave as investors continue to bet big on the region’s potential. Since the 1980s, technology has driven the economy in Taiwan and transformed the island into one of the world’s leading manufacturing hubs. The island’s geographic location helped it to establish partnerships between both developed Western economies and emerging markets in Asia. Today, Taiwanese citizens are well-known for being first adopters of the latest technologies and solutions.

According to Export.gov, more than 85 percent percent of Taiwan citizens are connected to the Internet and more than 70 percent per percent access the Internet using a smartphone device, making it one of the most connected consumer bases in the world. What’s more, a significant portion of the population is now shopping on mobile devices. Currently, 48 percent of all online transactions are mobile-based in Taiwan, and that number is expected to reach 61 percent by 2022.

Though Taiwan’s population of 23.5 million is small compared to other markets in the region, consumer habits and market openness make it a relatively easy market to navigate. For software companies, Taiwan provides an attractive market to test consumer acceptance of new services. Internet speeds in Taiwan rank among the top in the world, IP protection is well-established, and the cultural similarities to China make for good testing grounds to launch and experiment with new ideas before moving into larger markets.

For hardware companies, Taiwan provides a number of uniquely competitive engineering and manufacturing resources due to its reliance on hardware as a primary source of economic growth since the 1980s. Quanta Computer, Compal Electronics, Pegatron, Wistron and Inventec, all located in Taiwan, still produce more than 90 percent of the laptops sold worldwide, including those sold under the names of top brands such as Dell and Apple.

Taiwan’s workforce is well-educated and technologically literate. Universities in Taiwan graduate approximately 10,000 computer scientists and information systems management students per year, making it particularly easy to find and hire high-quality engineering talent. Technology salaries are also lower compared to other hubs in the region, like China, where there can be fierce battles for talent. In Taiwan, wages for new graduates can start around US$1,084 per month, according to one report cited here.

Workers in Taiwan have a reputation for being reliable and trustworthy, and most Taiwanese development teams can speak English and/or Mandarin Chinese. Many Taiwanese engineering teams (approximately 65 percent) also have a few years of startup experience under their belt, all of which can be incredibly advantageous for technology companies looking to outsource projects or establishing partnerships with local teams.

Global tech giants, such as Google, IBM, and Microsoft, have all set their sights on Taiwan. For instance, Google is planning to hire more than 300 people in Taiwan this year and train 5,000 students in artificial intelligence, according to a company blog post. Alibaba also committed approximately US$332 million to create its Taiwan Entrepreneurs Fund that helps entrepreneurs take their ventures global and attract more global enterprises to the island.

Growing Support From The Government

The Taiwanese government is doing more to develop and support entrepreneurship and new technology companies through several initiatives. In 2017, the government earmarked US$3.3 billion for a new startup fund, which included tax credits, setting aside land for technology companies, and new laws to encourage foreign talent to come to Taiwan.

Foreign entrepreneurs can apply for the Entrepreneur Visa and an Employment Gold Card, both of which are helping to move the island away from strict immigration policies and attract more international talent. Qualified companies can receive residency for a team of up to three people for one year, which is extendable for an additional two more years provided the business is doing well. The Act for the Recruitment and Employment of Foreign Professionals is another government initiative that offers tax benefits, healthcare, and other perks to skilled foreign talent.

In an effort to cultivate other technology strengths beyond hardware and manufacturing, parliament also approved a new fintech regulatory sandbox law in 2017. The legislation aims to help fintech startups develop their ideas while avoiding some of the strict regulations that more established financial services firms face. While Taiwanese innovation in financial services trails behind other fintech hubs in the region, such as Hong Kong and Seoul, the passing of the law removes many barriers for entrepreneurs to develop their ideas and to work with other financial firms.

The government is also pushing for Taiwan to become an epicenter for AI and IoT development, and one strategy being used to achieve this goal is open data. The Government Information Open Platform allows anyone to access government data across 27,000 categories, ranging from property registration to air quality information. Providing access to this data enables AI and IoT companies in Taiwan to create new applications faster and with greater accuracy.

Amazon was among the first to open an innovation center in New Taipei City in Spring 2018 to develop smart appliances and wearable devices. By introducing more IoT devices, Amazon hopes to drive more customers to its cloud-based AWS services. Microsoft announced an AI research and development center in Taipei in 2018 with plans to hire at least 200 engineers over the next five years. Increased interest in Taiwan is also coming from Google and IBM, both of which announced local AI research and development centers as well.

Beyond the government-backed initiatives, there are numerous other programs on the ground helping foreign technology companies learn more about Taiwan and establish local connections. World-class accelerator and incubator programs – such as Garage+, AppWorks, BNext, and MOX – all offer resources and mentorship to both domestic and foreign tech teams that are interested in setting up offices in Taiwan.

A Future Filled With Possibilities

Taiwanese entrepreneurs still face a number of challenges when it comes to raising venture capital and global awareness. However, the government and an increasingly active startup ecosystem are making it easier to scale within and outside of Taiwan, as well as diversifying Taiwan’s technology sector and pushing it beyond its hardware and manufacturing roots. By combining its existing strengths in hardware and manufacturing with the latest technological advancements, Taiwan is on the path to attracting and keeping more talent, growing investments, and maintaining its innovative-based economy.

Chih-Kai Cheng is a Partner at Acorn Pacific Ventures, an early-stage venture capital firm with a focus on global technology strategies in North America and Asia. Chih-Kai is an advisor for the Ministry of Science of Taiwan, has raised six venture funds, and has vast experience in building technologies and working with established multinational technology corporations.

Photo by Remi Yuan on Unsplash 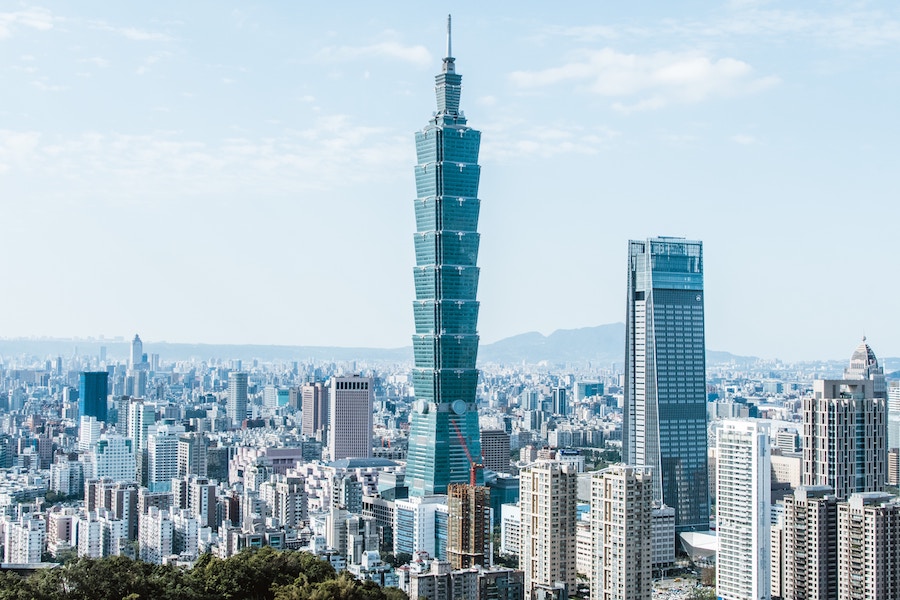 Stay up to date with recent funding rounds, acquisitions, and more with the Crunchbase Daily.