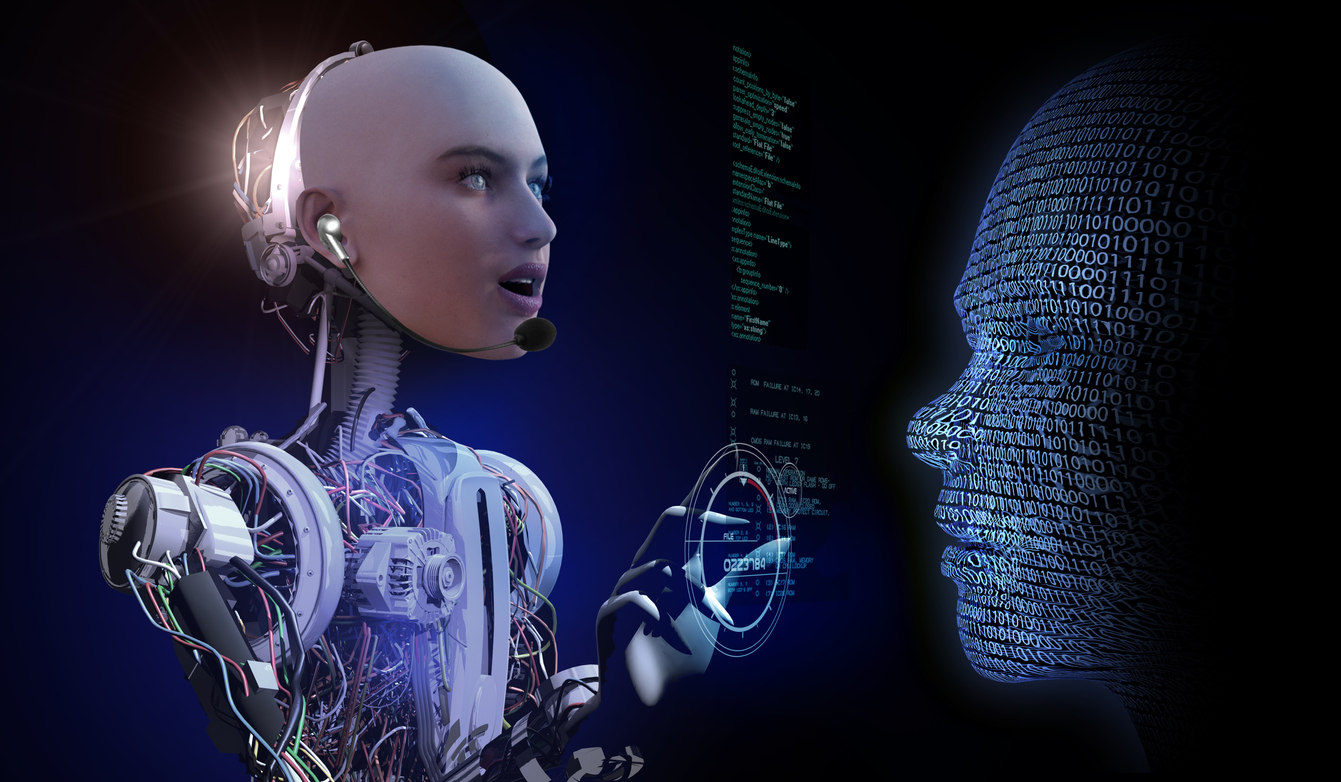 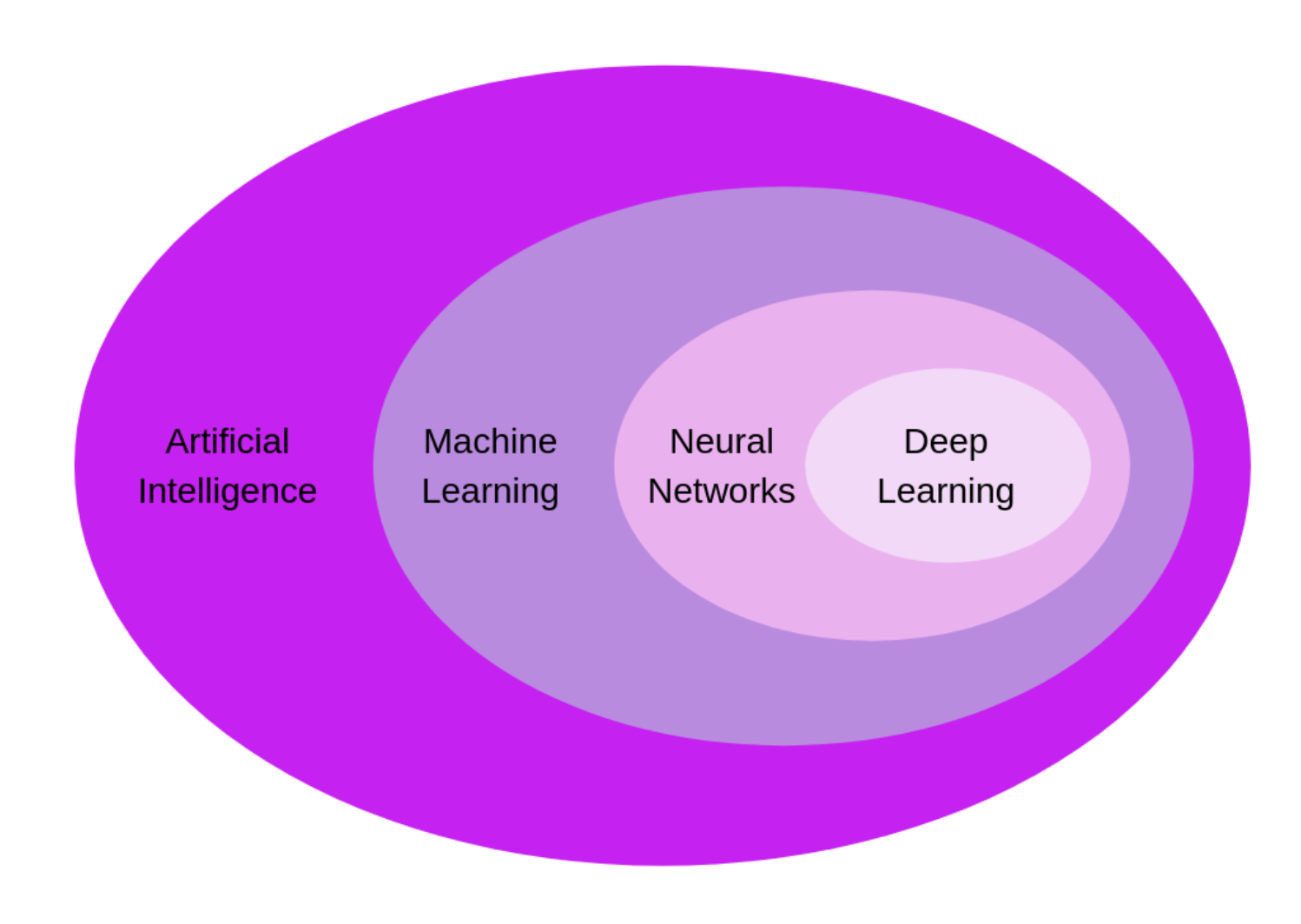 Artificial intelligence deals with the area of developing computing systems which are capable of performing tasks that humans are very good at, for example recognising objects, recognising and making sense of speech, and decision making in a constrained environment.

Machine Learning is defined as the field of AI that applies statistical methods to enable computer systems to learn from the data towards an end goal. The term was introduced by Arthur Samuel in 1959.

Neural Networks are biologically inspired networks that extract abstract features from the data in a hierarchical fashion.

I will refer to AI in this article as covering the spectrum of Machine learning and Deep Learning as well as the classical AI techniques such as Logic and Search algorithms.

How Artificial Intelligence & 5G Will Impact Your Life in the 2020s

5G refers to “5th Generation”, and relates to the newest standards in mobile communications. The performance levels for 5G will be focused on ultra low latency, lower energy consumption, large rates of data, and enormous connectivity of devices. The era of 5G, that will spread around much of the world from 2020 onwards (with some limited deployments in 2019), will be world where cloud servers will continue to be used, and also one whereby we witness the rise in prominence of AI on the edge (on device) where the data is generated enabling real-time (or very near real time) responses from intelligent devices. 5G and edge computing with machine to machine communication will be of great importance for autonomous systems with AI such as self-driving cars, drones, autonomous robots, and intelligent sensors within the context of IoT. 5G with AI will also enable the invisible bank and payments that leading Fintech influencers, such as Brett King and Jim Marous, dream about. The significantly faster speeds of 5G over 4G will enable technologies that are suboptimal today such as Virtual Reality (VR) to perform much better. Augmented Reality (AR) and Holographic technologies will emerge across different use cases in this period too. Those companies that are going to thrive (even survive) the resulting digital transformation will be the ones that are already planning and exploring the potential.

As a society we need to be aware of the impending changes across all sectors of the economy. We need to ensure that our political leaders and regulators actually understand the scale of change that will arise and ensure that the regulatory frameworks and infrastructure are optimised to enable the deployment of AI for improving healthcare with personalized medicine, finance with better services for the customer, marketing with enhanced personalization and better service to the customer, plus smarter and more efficient manufacturing.

The graphic above shows an example of computers on board autonomous cars engaging in Machine to Machine communication as the vehicle in red broadcasts to all other vehicles upon discovering the broken down car.

Every single sector of the economy will be transformed by AI and 5G in the next few years. Autonomous vehicles may result in reduced demand for cars and car parking spaces within towns and cities will be freed up for other usage. It maybe that people will not own a car and rather opt to pay a fee for a car pooling or ride share option whereby an autonomous vehicle will pick them up take them to work or shopping and then rather than have the vehicle remain stationary in a car park, the same vehicle will move onto its next customer journey. The interior of the car will use AR with Holographic technologies to provide an immersive and personalised experience using AI to provide targeted and location-based marketing to support local stores and restaurants. Machine to machine communication will be a reality with computers on board vehicles exchanging braking, speed, location and other relevant road data with each other and techniques such as multi-agent Deep Reinforcement Learning may be used to optimise the decision making by the autonomous vehicles. Deep Reinforcement Learning refers to Deep learning and Reinforcement Learning (RL) being combined together. This area of research has potential applications in finance, healthcare, IoT and autonomous systems such as robotics and has shown promise in solving complicated tasks that require decision making and in the past had been considered as too complex for a machine. Multi-agent reinforcement learning seeks to enable agents that interact with each other the ability to learn collaboratively as they adapt to the behaviour of other agents. Furthermore, object detection using Convolutional Neural Networks (CNNs) will also occur on the edge in cameras too (autonomous systems and also security cameras for intruder detection). A CNN is a type of Deep Neural Network that uses convolutions to extract patterns from the input data in a hierarchical manner. It’s mainly used in data that has spatial relationships such as images. 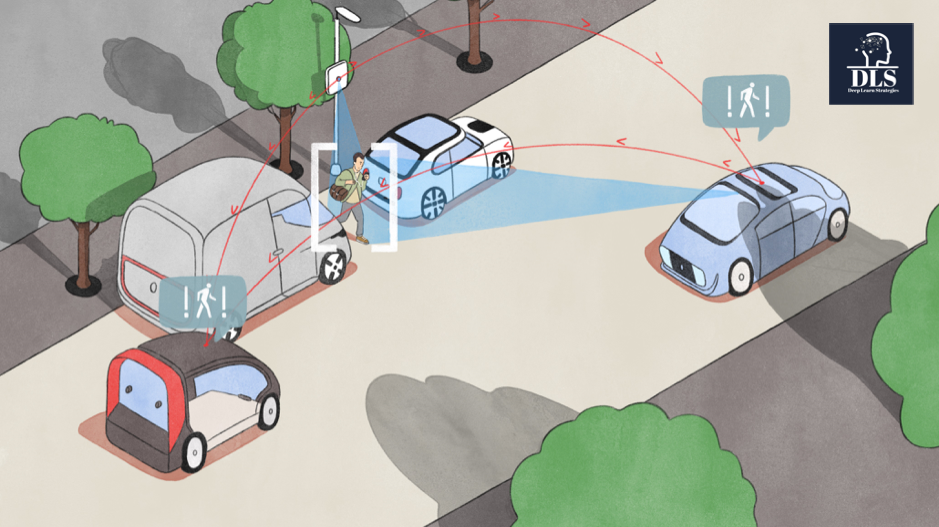 The image above shows an example of Machine to Machine communication between autonomous vehicles and devices that may develop in the world in 5G to enable reduced accidents on the road.

The physical retail sector may transition from one whereby costly inventory is held in bulk to an inventory light model using smart mirrors, AR and VR combined with AI to provide personalised recommendations for apparel. In the event that the customer selects an item then an autonomous vehicle may deliver to the store whilst the customer is enjoying a digital experience and refreshments or to their home at a pre-agreed delivery time. Over time healthcare may evolve into a more efficient sector whereby the next generation of drugs will be developed with personalised medicine in mind so that side effects of a given drug are minimised and the benefits of the medication are maximised and data from Electronic Health Records is mined effectively, and medical imaging with explainable AI deployed efficiently across clinics and hospitals so as to improve timely diagnosis of a condition, and thereby reduce misdiagnosis for patients. 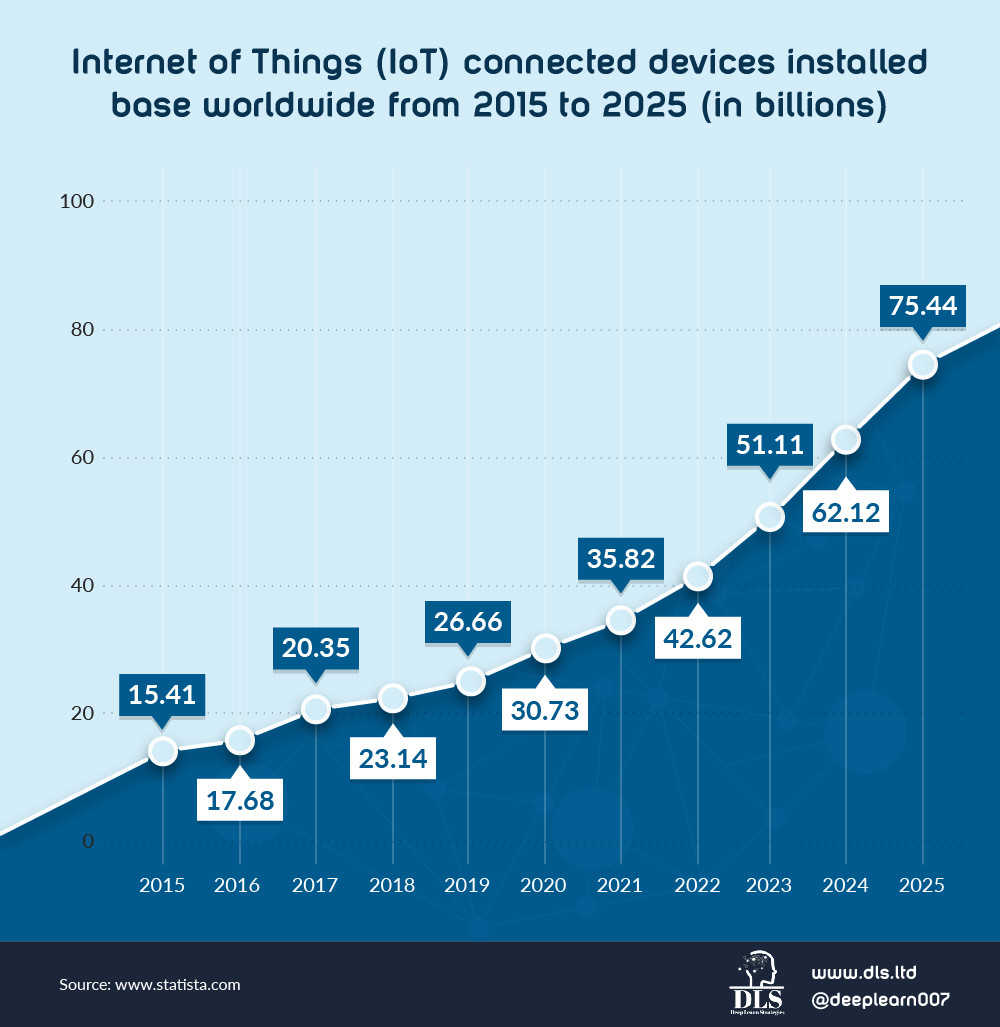 The chart above illustrates the rapid growth in the number of connected devices. Statista estimated that there will be approximately 31 billion IoT connected devices in 2020 and 75 Billion by 2025. As we move into the world of 5G the role of AI will be of fundamental importance to the economy overall and to your day to day life.

How To Make Artificial Intelligence Work For All of Us

In summary I believe that AI and the other industry 4.0 digital technologies should be developed and encouraged to drive economic growth in ways that are cleaner, more efficient and allow wider participation across society for education, healthcare and better living standards. The issue of warfare and AI is a highly debated and emotive subject, and automation in warfare has been on display since the first Gulf war in the 1990s with fire and forget and cruise missiles. At the very least it is important to consider the need for transparency with robust frameworks to understand what is being done in order to ensure that there is sufficient oversight as a society over those making the decisions. However, in spite of what some in the media would have us believe, the vast majority of the AI community are not working on developing killer robots nor other autonomous weapons. Whilst attending speaking at an event on AI hosted in Davos during the WEF, I happened to meet Viktoriya Tigipko of TA ventures and @JamesPeyer of @Apollo_Ventures and was impressed with the positive outlook and vision that they had for AI in relation to healthcare and the development of next generation treatments that will help humanity. I have also been inspired by the work of the brilliant Dr Anna Becker who started her degree at the age of 16 and her postgraduate studies at 19 before going on to build and run an AI company. AI and in particular Machine Learning and Deep Learning serve at this moment in time (and in the foreseeable future) to solve for the issue of making sense of the deluge of data that we generate from digital platforms rather than to create Skynet with Terminator machines to wipe us out (AGI itself does not exist today nor the medium term future). AI also provides an opportunity to improve living standards and promote cleaner and more efficient industry, agriculture, smarter cities and energy systems as we move into the world of industry 4.0 with the arrival of 5G.