At least we had a quiet weekend for the first time in a while, but that didn’t last long. Monday, May 16th, we once again saw multiple signals of a possible Google search ranking algorithm update that has not been confirmed by Google. These fluctuations have continued through most of the week, through at least Thursday, May 19th (I added this after the story was published).

I am seeing spikes in both levels of chatter about an update from within the SEO community, where SEOs are noticing ranking changes with their sites in Google Search. I am also seeing a spike in all the tracking tools in terms of the volatility of the search rankings in Google’s search results.

We are due, very due, a core update from Google. The last core update we had was on November 17, 2021 – which is 6 months ago today. We expect these core updates every 3-6 months and today is the 6 month mark.

So what are we seeing with this May 16th update?

He is the chatter I am seeing in the WebmasterWorld forums over the past 24-hours or so:

Semrush showing me huge gains in keywords for 2 of my 5 sites. One was up 20% every day last week, the other has remained flat. Somethings up.

They definitely did something yesterday. From last few hours of Sunday till yesterday evening traffic flow was noticeably more natural. Maybe they had to temporarily turn off some of their filters – Priority Publisher Promotion (PPP) filter, EAT-based Discrimination Filter (EDF) or simply had to cut down on googlespam boxes for some technical reason. This was coinciding with spike in Semrush sensor.

As of now traffic is exactly as awful as last week.

The tracking tools, all of them, are showing spikes on May 1st as well. Here are screenshots from those tools:

Mozcast – it runs later in the day, so it spotted it yesterday: 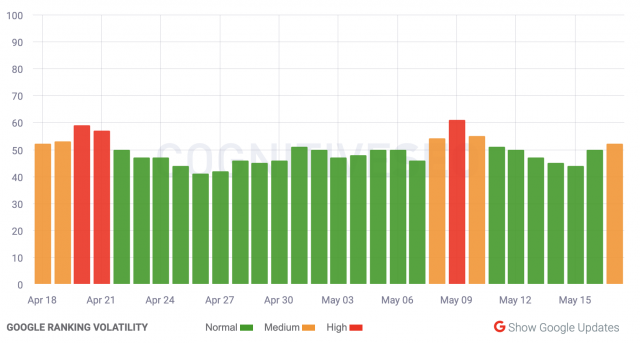 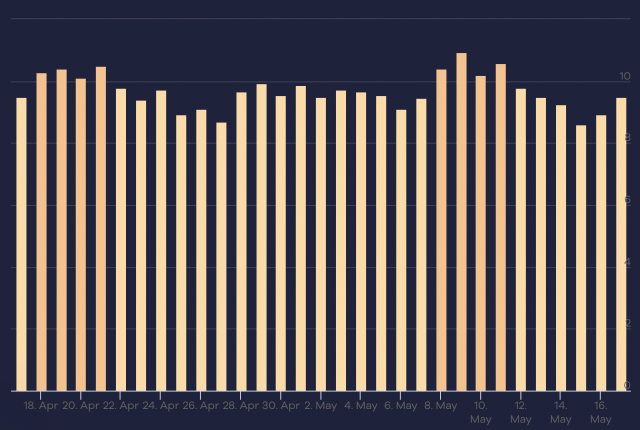 So while this may not be a core update – there were some signs of a Google update.

Will we see a core update soon? It has been 6 months today since the last official Google core update.