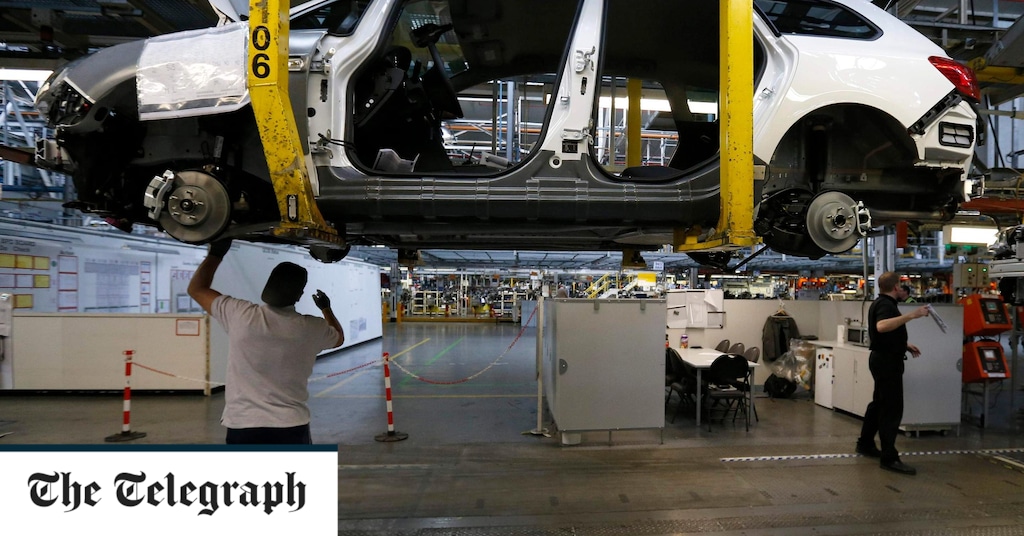 The carmaker Vauxhall is in talks with the Government over a “funding gap” of less than £40m that threatens to trigger the closure of its Ellesmere Port factory and the loss of thousands of jobs.

The plant is at risk as Vauxhall’s owner, the global giant Stellantis, considers where to invest in electric vehicle production.

Kwasi Kwarteng, the Business Secretary, and officials are holding regular talks with executives to persuade them to invest in Ellesmere Port in Cheshire.

The Government is offering some of the £500m of taxpayer money earmarked to develop e-vehicles and their supply chains contained in a 10-point plan for a “green industrial ­revolution” to safeguard the Cheshire plant.

Sources close to the talks said this weekend that they have progressed to the point that the gap between what Stellantis wants to unlock its investment and what is on offer is down to £40m. One source said: “Stellantis is saying, ‘it’s £Xm cheaper to do it elsewhere’ and want that gap closed. The difference is now less than £40m.”

The Ellesmere Port factory, which employs 1,000 staff building Astra estates and supports 6,000 jobs in its supply chain, has been in doubt for years as the current model comes to the end of its life. Stellantis had planned to invest in facilities to build a new internal combustion engine car there. However the Government’s ban on sales of new petrol and diesel vehicles from 2030 scuppered the plans.

Keeping Ellesmere Port open would mean building electric cars there, Stellantis boss Carlos Tavares has said, but this would need a bigger investment, and the company already plans to make electric vehicles at other sites in Europe. Mr Tavares said it would not make financial sense to duplicate production of electric vehicles without support from the Government.

Earlier this month The Sunday Telegraph revealed how internal company documents used to brief suppliers on future demand showed that without a new model going to Ellesmere Port, the plant is scheduled to close in April 2022.

Justin Madders, the Labour MP for the Ellesmere Port constituency, said: “We are talking about an investment that will benefit the area for generations. I’d hope the Government and Stellantis do all they can to bridge the gap between what is on offer and what is wanted as the consequences otherwise will be long lasting.”

A Government spokesman said “We are committed to ensuring the UK continues to be one of the best locations in the world for automotive manufacturing.” Stellantis declined to comment.