As bitcoin (BTC) pricing explodes by over 100% on a compound annual basis since 2013 (from US$121 to almost $51,000 today), those who didn’t invest wish they had, especially after witnessing growth that they never dreamed was possible. After all, some analysts predict that BTC may reach $100,000 by the end of the month.

Why didn’t more people invest in it? They’d probably say that it’s because they didn’t understand cryptocurrency and bitcoin– questions ranged from how does mining work, where is this currency regulated, how do I sell BTC, and who is Satoshi Nakamoto? Many also dismissed it as a short-term fad or bubble, something that would burst or go away in the short-term- they didn’t really believe that this could be a new way to transact, and that it would eventually become mainstream.

But here we are, eight years later, and now, the disbelievers and naysayers are experiencing FOMO (fear of missing out), wishing that they had bought BTC when they could still afford it. They are regretfully and woefully reading the stories of 27 year-old retirees and people who bought houses by selling a few BTC. 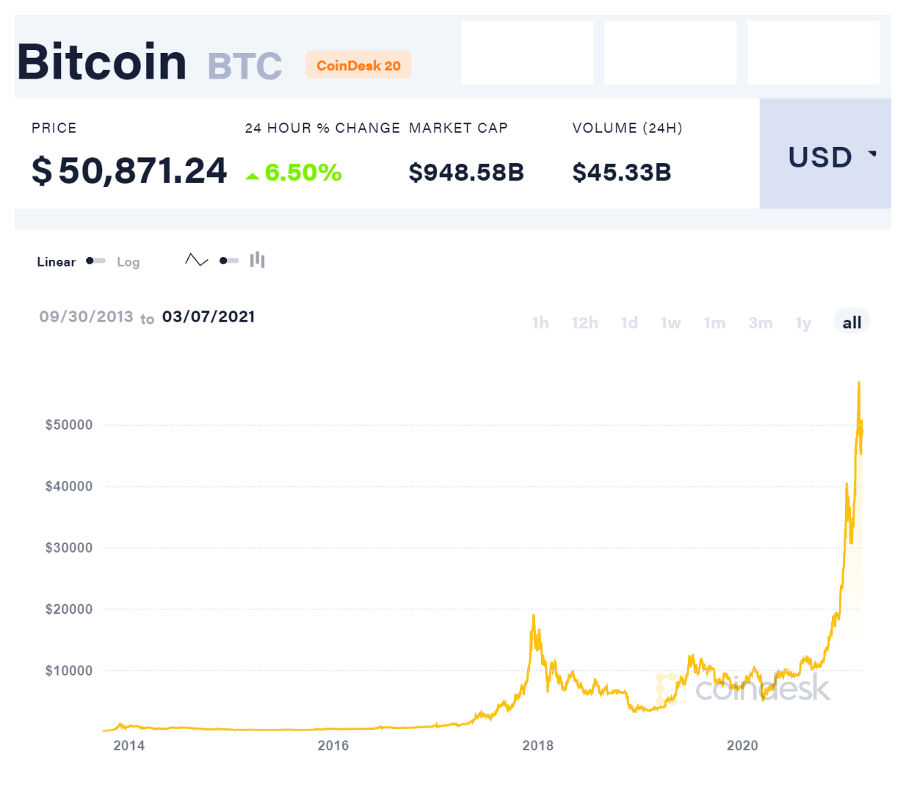 It seems like an appropriate time as we celebrate International Women’s Day today to ask whether investing in women is the next bitcoin, or the next big thing. There is increasing awareness of gender lens investing (GLI) -the practice of investing with the intent to address gender issues or promote gender equity- in recent years.

While there are more fund managers that are women-led or focused on investing in women-owned businesses, there is still a long way to go, with female general partners being referred to as an “endangered species.” In the US alone, 4.9% of the venture capital (VC) fund partners are women, while only 2.4% of the founding partners are female, according to the Women In VC report published last year.

The Project Sage 3.0 report published by Wharton in 2020 found that 138 global gender lens funds raised $4.8 billion of capital. However, this pales in comparison to the $156.2 billion in venture capital invested in the US alone in 2020. And most of the gender lens funds are new– according to the Project Sage 3.0 report, 61% of the funds are led by emerging managers; the Women In VC study found that 90% of the 275 venture funds surveyed in the US are emerging managers.

The most depressing data point of all is the puny amount of venture capital going to all-female founding startup teams (2.2%), and 12% for mixed gender founding teams, for a total of 14.2% capital going to teams with at least one female founder. Unfortunately, this has been the trend for the last 10 years, and it declined in 2020 due to COVID-19. 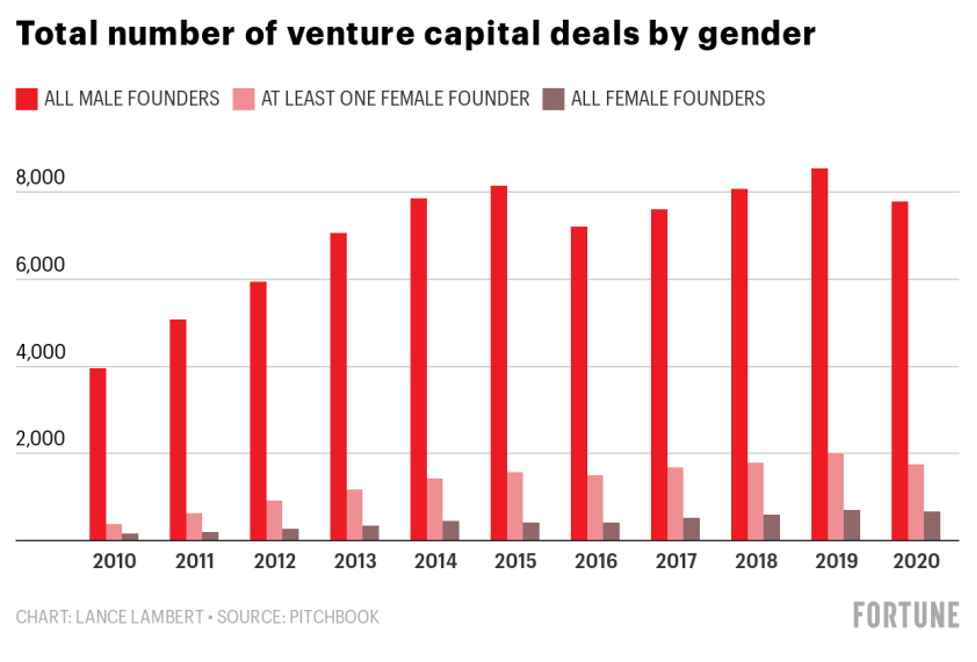 Related: How Women-Led Startups Can Get Past The Challenges Of Being In A Male-Dominated Technology Ecosystem

In the US, 40% of the businesses are women-led, in Europe, the number is likely around 30%, and in the MENA region, we believe that it’s 40-50%. Women are one of the fastest growing segments of entrepreneurs worldwide. There is a gap or an “arbitrage opportunity” where investors who target female founders can outperform based on the number of underrepresented founders seeking capital. Investors can make outsized returns given the lower valuation pricing and terms.

There are many data points that validate the financial opportunity of investing in women. Women “ultimately deliver higher revenue– more than twice as much per dollar invested,” a Boston Consulting Group study reported. Silicon Valley fund First Round Capital found that “companies with a female founder performed 63% better than their investments with all-male founding teams. And, if you look at First Round’s top 10 investments of all time based on value created for investors, three of those teams have at least one female founder.”

A record 198 female-founded startups exited via IPO or acquisition in 2019, up from just 38 ten years ago. The women’s dating app, Bumble, which had its recent IPO led by Whitney Herd, the youngest female CEO in history, is one of the first of many women-led companies planned for IPO this year.

If all of these reasons for investing in women-led companies are true, then why is only 2% of venture capital going to them? One reason that we and our women-led portfolio companies often hear is that investors don’t understand the opportunity– just as many people didn’t invest in crypto because they didn’t understand it.

There are many stories of female founders who have developed products not used by men, especially in sectors like femtech. New ovulation apps, pregnancy diagnostic tools, menopause home testing kits, prolapse platforms, hormonal tests, fertility marketplaces, breastfeeding pumps– while women are the target end-users for these products, these companies should appeal to all investors, including men, given the large addressable market size (3.5 billion people on the planet are female).

As early-stage investors, we are usually evaluating two key factors: the founding team, and the potential market size for the product– we want to know how big this company can get. Our team at Mindshift has been investing in early stage women-led companies for the last eight years, and we understand the market opportunity as well as how to work with female founders. Our team has invested in over 200 early stage technology companies globally, and the majority of our investments are women-led.

The second reason is lack of belief in the opportunity, similar to all of those investors who missed out on bitcoin. We have heard over and over that we need to prove the statistics quoted above– there seems to be disbelief that women-led companies could perform well financially. Or that a women-led venture fund could outperform funds in their peer group, in spite of the growing examples of outperformance. “Even after adjusting for risk, female managed funds outperformed their male counterparts amid the coronavirus-related market swings,” noted David Kostin, Goldman Sachs’ chief US equity strategist.

Is gender lens investing the next bitcoin opportunity? Maybe. But don’t wait to find out– start investing in female entrepreneurs and women-led venture funds now.