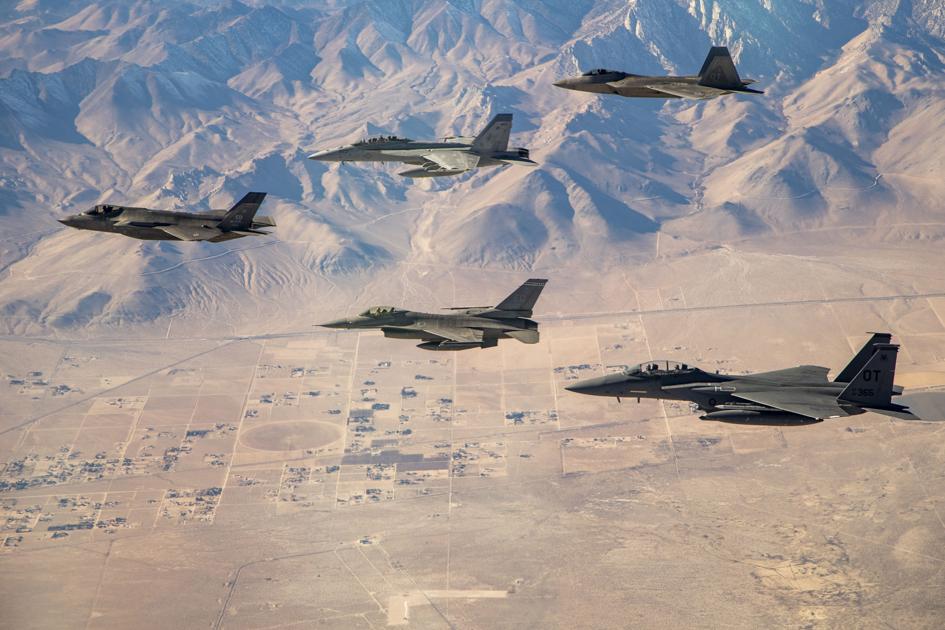 A recent market assessment by the county’s B3K economic development collaboration suggested more can and should be done to promote “technology transfer” of government-sponsored innovations at China Lake Naval Air Weapons Station and Edwards Air Force Base.

The question now is how to capitalize more efficiently on the diverse research that takes place at the two bases but which, for different reasons, often doesn’t translate to winning advantage for local business startups.

B3K leaders are “in the middle of investigating that” and hope to formulate an agreed-upon set of strategies for enhancing the county’s tech-transfer capabilities, said David Janiec, a B3K executive committee member and executive director of the China Lake Alliance nonprofit group.

One idea he brought up was assigning more military manpower to the task, which could end up helping the bases by raising private money for additional research. Doing so could turn up opportunities for commercializing existing, unclassified capabilities.

“You often don’t recognize what’s in your backyard,” he said.

Some see the task ahead as requiring an attitude shift away from a strict military mission to becoming more of a regional economic asset as well.

“It’s a mentality issue,” said Jeremy Woods, a Cal State Bakersfield associate professor of management and entrepreneurship. “Most researchers like research. They don’t like to do business. They like to be in the lab.”

China Lake and Edwards already work with local businesses in various ways, not only through contracting of goods and services but also sharing research that can lead to startup business success.

But the market assessment by B3K, a broad-based effort aimed at fostering quality job growth across Kern, concluded both bases’ tech-transfer work appears to underperform as compared with bases in comparable regions around the country.

It found the region lags its peers with military bases, evident in below-average generation of patents in relation to the above-average novelty of local research. After discovering this imbalance, B3K figured the number of patents being filed in Kern must be underreported — and, indeed, the collaboration concluded the classified nature of the two bases’ work may bear out this suspicion.

However, the discrepancy resurfaced in a separate comparison. Between 2013 and 2017, B3K found, Kern averaged only 1.2 awards per year under the federal Small Business Innovation Research and Small Business Technology Transfer programs.

B3K determined comparable U.S. regions with federal research-and-development assets tended to produce a much greater number of awards during that period. The figure was 89.2 in Huntsville, Ala.; 74.8 in the Santa Barbara area and 74.2 in Dayton, Ohio, to name a few.

The market assessment report called this differential an “extraordinary underperformance” in a measure that should put Kern “far ahead” in comparison with its peers.

“This benchmarking again reveals enormous untapped potential in federal assets, and the need to focus a highly organized and sustained effort on that agenda,” the assessment stated.

The report called for adopting a deliberative, proactive approach to commercializing local military research. It suggested establishing off-base collaboration centers, proposal-development assistance and national promotion of access to Kern County research assets in order to attract entrepreneurs and innovators, something the collaboration said exists elsewhere across the country.

Edwards said it was unable to respond promptly to The Californian’s request for data and comment on its tech-transfer performance. But it did share year-to-date data showing it spent a little more than $1 billion so far this year contracting with businesses, and that a little more than a third of that total went to small businesses.

Dan Carreño, executive director of the Naval Air Warfare Center Weapons Division at China Lake, said in an emailed statement that partnerships with industry, academia, government and the community are critical to the base’s success in supporting U.S. war-fighters.

He noted the base has engaged in more than 300 cooperative research-and-development agreements allowing its scientists and engineers to work together with industry and academia to develop technology with military and commercial applications. China Lake is regularly active in 15 to 30 such agreements, he added, noting each of the deals lasts three to six years.

Classified information naturally complicates business partnerships, he wrote, but there are ways to work around that.

“Because of the nature of our work supporting our nation’s war-fighters, capabilities discussions require a great deal of care, but businesses have multiple avenues for commercially applying or developing research in partnership with NAWCWD,” Carreño stated.

He emphasized the base’s payroll exceeds $595 million, and in 2020 it executed more than $270 million in contracts in Kern County, plus $2.4 million in program purchases.

Carreño and a base spokesperson did not respond to a request for examples of local businesses that have benefited from such partnerships.

Woods, at CSUB, is working to improve local tech-transfer opportunities. He said it might help if people were cross-trained to facilitate beneficial discussions between military engineers and civilian entrepreneurs.

But as it stands, bridging the gap isn’t easy.

Janiec said some notable commercial technologies have originated at China Base, including stop-action video and logarithmic amplifiers, but that there have been few such examples in recent years.

He said improving the base’s tech-transfer capabilities may come down to putting people in place who can discern commercial opportunities military personnel aren’t necessarily trained to identify.

Moreover, commercializing military technology isn’t “a basic part of the mission,” he said, “and we’re focused on delivering mission.”