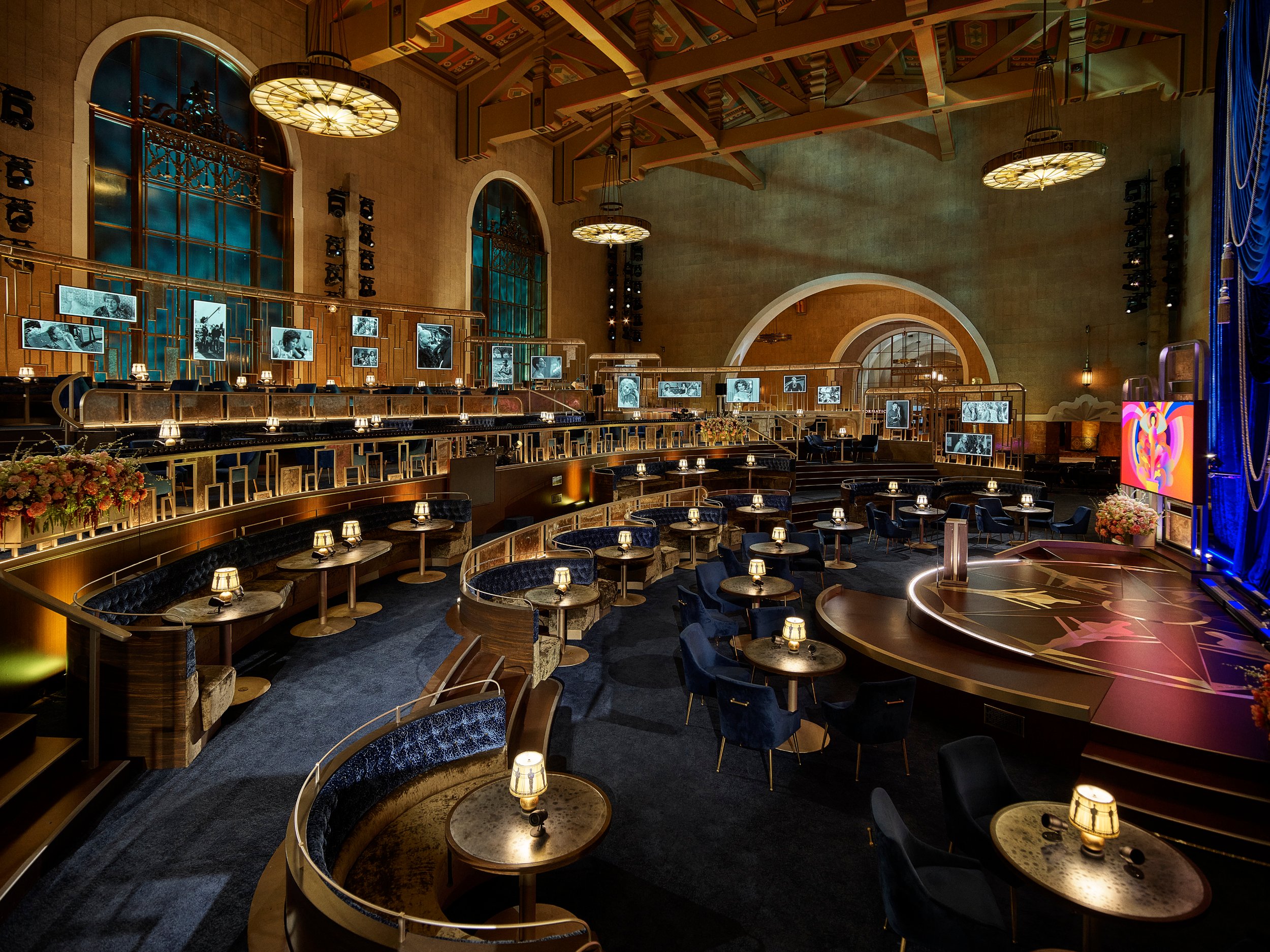 David Rockwell, scenic designer and principal architect at Rockwell Group, an interdisciplinary architecture and design firm based in New York, reprised his role as production designer for this year’s 93rd Oscars. For the event, which took place on April 25, 2021, Rockwell transformed LA’s Union Station into an indoor/outdoor supper club for nominees and their guests, recalling both the intimacy and understated elegance of the Academy’s very first ceremonies. Rockwell has designed sets for the Oscars twice previously – the 81st and 82nd annual ceremonies—both times at the Rockwell Group-designed Dolby Theatre in Hollywood.

“It was an honor to design the Oscars ceremony in such a critical year for cultural production,” says Rockwell. “People crave shared experiences, especially now, so we tried to create a celebration of the type of communal arts we’ve been missing. The Oscar ceremony is always intimate and grand at the same time, more so this year with Union Station’s soaring details and historic details. We conceived a room within a room that made circulation intuitive, enveloped the audience in an intimate embrace, and also created a space in which the action happen everywhere, not just on stage.”

Nominees and their guests entered the ceremony, inside of the ticket concourse, from the house left along a raised promenade. Platinum-finished geometric screens served to create a room-within-a-room, defining the seating area and enveloping the audience in an intimate embrace. These screens also served as a portrait gallery, featuring a series of live picture frames celebrating the nominees and honoring Oscars history. Throughout the ceremony, these frames also delivered live content.

Because of the building’s landmarked status, nothing could be installed or affixed and all hanging elements had to be ground-supported. To accommodate this restriction, much of the lighting and sound equipment was localized. Custom-designed, Oscar-inspired table lamps provided much of the necessary lighting, and each table had its own speaker.

The amphitheater-style seating area was populated by custom café tables and chairs, as well as a series of custom-built woodgrain banquettes in blue velvet. This seating surrounded a simple thrust stage made of rich, inlaid wood in a circular, multi-tiered layout. Flanking the stage were a pair of LED screens attached to platinum-finished dividers, using the same geometric motif as the screens placed throughout the seating area and entry promenade.  A giant, velvet drape in a rich blue tone, complete with oversized matching tassels, hung directly behind the stage.

Union Station’s north patio served as a backdrop for pre- and post-show celebration broadcast specials. Multi-tiered decking in teak woodgrain was installed on top of all grassed areas, and accommodated a DJ booth, working bars, and multiple lounge areas. Renowned international luxury furniture brand, Roche Bobois, collaborated with Rockwell Group to furnish the outdoor lounge seating areas, utilizing its Mah Jong lounge seating upholstered in Missoni fabric and its Cute Cut cocktail tables. The perimeters of the raised platforms were outlined by drink rails. Existing trees were festooned with baskets of flowers and more than 100 lanterns, creating a hanging garden inspired by the floral imagery of Maxfield Parrish.

On ground level, a series of large, wooden award silhouettes bordered the patio, each filled with its own floral display.  High-top tables were peppered throughout, and a blue carpeted walkway cut through the center of the courtyard. The outdoor space was open to nominees and guests throughout the ceremony, and strategically placed monitors displayed the live feed.