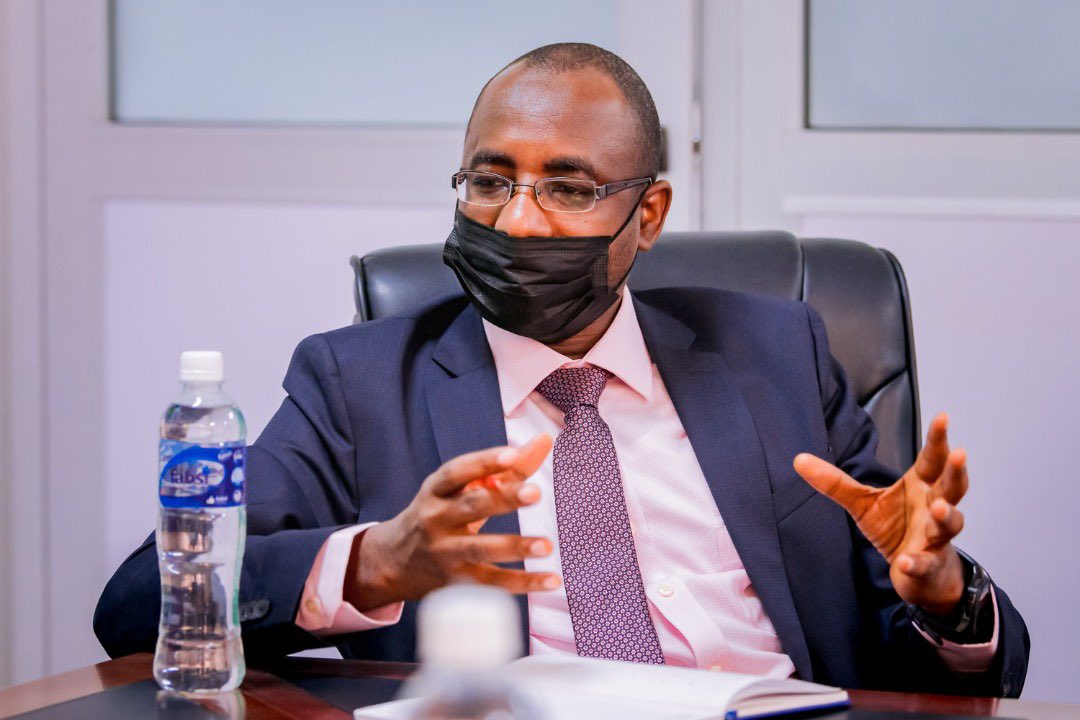 The first thing he did was to remind that cryptocurrency is enabled by a technology with applications far beyond the disputed virtual currency. “The world is fast evolving,” he said, “But there’s no plan to stifle any technology or innovation in Nigeria.” If Nigeria were a startup, Kashifu Inuwa Abdullahi, as the Director-General of National Information Technology Development Agency (NITDA), would function as a leading technical officer and this made me yield to the temptation to engage him when we caught up last Tuesday.

The week before, I wrote about the outright ban of cryptocurrency in Nigeria, and this encounter was a chance to have a government insider’s perspective. The NITDA boss, whom I simply call Malam Kashifu, emphasized the autonomy of the Central Bank of Nigeria (CBN), and that the bank had a committee tasked with monitoring crypto economy and had visited various countries to learn from their experiences in the frenetic attempts to integrate virtual and conventional currencies. “But I don’t know how they arrived at their decision,” he said. His position on the bank’s policy brought to mind the disconnect between the apex bank and the Securities and Exchange Commission (SEC). The latter had acknowledged bitcoins and expressed willingness to regulate cryptocurrency transactions before this latest report of the ban.

For Malam Kashifu, the word “regulation,” as attributed to the government, is vague. He was quick to clarify, specifically his agency’s approach to emerging technologies. He called it “developmental regulation,” and that they allowed startups to develop and explore the possibilities of any evolving innovation before considering regulation. “When we were working on blockchain adoption strategies, we worked with people in the ecosystem and the beneficiaries included fintech startups and land registries,” he said. Regulation, for him, is only when the agency seeks to protect consumers and service providers on matters within their jurisdiction.

When I reminded him that Nigeria’s position as the second-largest Bitcoin market, after the United States, was under threat because of the ban and that the gig economy—which had provided various Nigerian freelancers with opportunities to earn in the digital market—utilized Bitcoin, he challenged the position. First, he acknowledged that the motto of the fourth industrial revolution is “innovate or perish.” He explained that the reason for this fear is the narrow understanding of the broader blockchain technology. China, he said, had also banned cryptocurrency trading, and that won’t hamper the Asian giant’s economic projection. He then referred to the PwC report that predicted that Blockchain technology has the potential to boost global gross domestic product by US$1.76 trillion over the next ten years, and that blockchain could have the highest potential net benefit in China (US$440bn) and then the USA (US$407bn).

But, then, why is he confident of Nigeria’s place and pace in the digital market? China has built the infrastructure to absorb the shock of banning any Western-led innovation, I said. Malam Kashifu thought differently. Necessity, he said, is the mother of invention, and pointed to how COVID-19 disrupted established governance functions and protocols. “Just a year ago, you wouldn’t have thought of FEC (Federal Executive Council) meetings holding online, but necessity has made it the new normal.” He likened this adjustment to Nigeria’s sensitivity to the happenings around the world, and then explained what he meant.

It’s the same necessity, he said, that inspired the establishment of the National Centre for Artificial Intelligence and Robotics and National Digital Innovation and Entrepreneurship Centre to curate and incubate new ideas and startups to compete in the digital world. “What we are doing,” he insisted, “is working to create a safe ecosystem. We are not isolating ourself. We are not stifling any technology. In fact, we are collaborating with the best institutions in the world to drive this agenda. One of such partnerships is the MIT-Regional Entrepreneurship Acceleration Program.”

A friend, whose startup is a part of this partnership with the prime Ivy League institution, had already introduced me to the workings of this programme, which was on the premise that a viable ecosystem is built on five key stakeholders’ support: the universities producing human capitals, the corporate organizations absorbing them, the entrepreneurs implementing the new ideas and whetting the appetite of the gluttonous consumers, the risk capitals required to run the startups, and finally the government.

This fifth stakeholder, the government, is one of which Malam Kashifu himself is a part. It’s the backbone of every innovation in an ecosystem with weak institutions. The infiltration of the ecosystem Kashifu-led NITDA aspires to sanitize, by scammers, is responsible for the attraction to bitcoin payment mode by freelancing Nigerians. PayPal and several payment platforms have blacklisted Nigerians, and to this information, Malam Kashifu said the agency has Data Breach Investigation Team that collaborates with the office of the Inspector General of Police (IGP) to track and report data infraction cases.

What’s amusing is also that the DG seems more enthusiastic about having a Nigerian PayPal – an online payment platform built and owned by Nigerians. He cited Nigerian-owned platforms like Remita to emphasize his agency’s interest in, and support for, indigenous inventions and innovations as a part of the Nigerian Content Development in ICT initiative.

I love this optimism of his, that it’s a contradiction to aspire for global influence in the digital market while building contents entirely dependent on foreign platforms. But the ease with which locally-designed platforms are being targeted justifies the mass hysteria and hesitation to patronize those indigenous platforms.

Last January, the online news platform, People’s Gazette, was blacklisted for its persistently critical stance on the government. The newspaper, in a statement published via its Twitter handle, alleged that the disruption was based on a directive from the Nigerian government to MTN, Glo Mobile and other telecom firms. This technical censorship, which has consumed several platforms that notably antagonized the government, features prominently in the SWOT analysis of startups and investors operating in the ecosystem Malam Kashifu has pledged to convert to a haven of opportunities.

The challenge ahead is finding the balance in building a benign ecosystem. The regulation Nigeria seeks is one that Malam Kashifu advocates, and that’s allowing local startups and corporate organizations to absorb new technologies and recreate their acquisitions to boost the digital economy. But this synergy is impractical unless the government earns the trust of these frightened citizens afraid of new experiments.