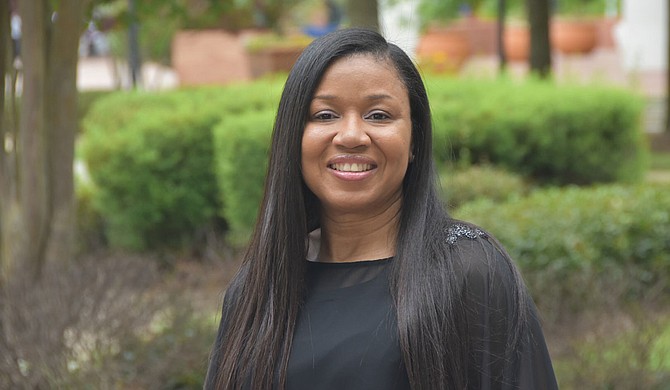 Almesha Campbell, assistant vice president for Research and Economic Development at Jackson State University, recently took on a position as executive director of the university’s Engaging Researchers and Innovators for Commercialization at HBCUs program.

EnRICH promotes diversity, inclusion, equity and entrepreneurship in underrepresented communities and faculty and students at historically black colleges and universities about commercializing their research. The 10-week program covers entrepreneurship and commercialization, business development, moving a product onto the marketplace and more.

The university recently received a $25,000 visionary prize for EnRICH during the Lab-To-Market Inclusive Innovation Ecosystem Prize competition, which recognizes organizations and programs that support research and development efforts for underrepresented communities. As executive director of the program, Campbell is overseeing how the university will make use of the funding.

“Our plan for that $25,000 is to begin expanding EnRICH to other HBCUs across the country,” Campbell says. “We want to teach faculty and students how to commercialize their research, which is an area that a lot of HBCUs don’t have offices or programming for. I want to do everything I can to support that effort with my expertise and the network I have as a member of the Association of University Technology Managers.”

“Right now, the whole nation is focused on innovation and commercializing research from universities,” Campbell says. “Federal agencies are investing heavily in this field, so you need to have a good foundation in order to be a player in that. HBCUs more than ever need to have faculty and students trained in tech and commercialization who know how to form startup companies that can make an impact on the economy.”

Campbell was born in St. Kitts in the Caribbean and went to Sandy Point High School there. She immigrated to the United States to enroll at the University of Central Florida, where she received a bachelor’s degree in social studies in 2005. She moved from Tallahassee, Fla., to Byram, Miss., in 2005 and later began attending JSU, where she received a master’s degree in mass communication in 2012 and a doctorate in public policy and administration in 2017. She took on both of her current positions there in 2020.

“I actually ended up becoming initially interested in this field somewhat on accident,” Campbell says. “Much of my background is in marketing, and I came to JSU around 2010 at a time when the university was inducting faculty into the National Association of Inventors. I was asked to manage JSU’s technology transfer operations at the time, and the work made me realize that I had an entrepreneurial mindset and could make a real impact in minority communities. I ended up joining AUTM later that year, and now I’m a board member there.”

Campbell and her husband, Lee Campbell II, have been married for 15 years and have two daughters, Ayana, age 12, and A’Myra, age 9.