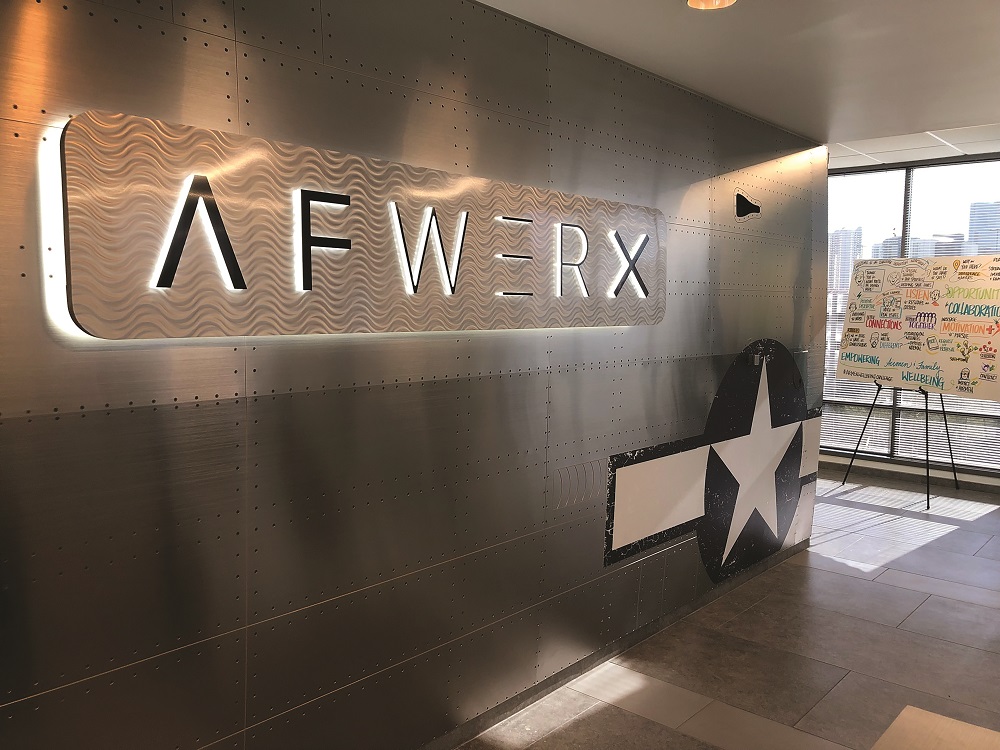 The Pentagon’s renewed focus on space and the standup of the U.S. Space Force are boosting demand for technologies being developed by commercial companies. The Air Force technology accelerator known as AFWERX is responding by creating new opportunities for space entrepreneurs.

“We see space as a rapidly growing sector,” said Jason Rathje, who leads the AFWERX investment arm known as AFVentures.

Over the coming months AFWERX will establish a subordinate organization called SpaceWERX, and plans to launch a new program called Space Prime intended to help accelerate the commercialization of promising technologies.

Space Prime is one of several AFWERX initiatives to attract more space startups and commercial businesses. It is being modeled after Agility Prime, a project AFWERX sponsored in 2020 to advance the market for electric-powered drones that take off and land vertically. Through Agility Prime, AFWERX awarded nearly $40 million to six companies to develop prototypes.

With Space Prime, the government would provide both financial and technical support for technologies considered strategically important. The goal is to identify technologies that might be on the cusp of becoming commercially viable and could use a little push from the government. Selected companies, for example, could get access to testing ranges and receive mentoring on regulatory and contracting processes.

During a recent AFWERX webinar, officials said up to $100 million could be invested in Space Prime over the next year. One of the categories that is being considered for Space Prime funding is “smart spacecraft.” That would include a wide range of capabilities like autonomy, low-power data processing onboard satellites, advanced propulsion and trusted cybersecurity.

With programs like Space Prime, AFWERX is in a position to help solve chicken-and-egg problems. There are technologies that investors will remain hesitant to fund until the government gets involved, Megan Crawford, managing partner of the venture capital firm SpaceFund, said at the AFWERX webinar. A case in point is space debris removal, she said. That is an example of a capability that the private sector would fund if the government provided incentives.

Gen. John Raymond, head of the U.S. Space Force, has championed government partnerships with commercial companies as a way to tap into private sector investment and help bring to market nascent technologies relevant to national security.

“I’m excited about all of it,” Raymond said of commercial space innovations. The space industry is investing in technologies “that we can leverage to our advantage,” he said.

According to a recent report by the venture fund Space Capital, private investors poured $5.7 billion into 80 space companies in the fourth quarter of 2020, bringing the full-year total to $25.6 billion. Space Capital estimated that $177.7 billion of equity investment has gone into 1,348 space companies since 2010.

When the Air Force came up with the AFWERX concept in 2017, it was trying to fix a vexing problem: entrepreneurs and investors often scoffed funding companies that did business with the military. They viewed the Pentagon as a difficult customer that put contractors through a redtape wringer and demanded customized products that could not always be sold to the broader commercial market.

Air Force leaders decided they needed to change their relationship with the private sector if they wanted to leverage technology and innovation funded outside of government.

To convince startups and investors that the government could be an attractive customer, AFWERX organized pitch days, prize challenges and other entrepreneurial-themed efforts to show the military could award money faster and with far less red tape than usual. It also created AFVentures to encourage private investors to match Air Force funding for anointed startups.

Many space businesses are initially recruited by AFWERX through “open topic” solicitations. Companies are invited to pitch products and services to help meet military needs. Through open topics, companies propose solutions to problems as opposed to fulfilling government orders.

As the coronavirus pandemic upended the nation’s economy and put investments on hold in 2020, space and other industries developed a greater appreciation for the role of government. When AFWERX held a virtual trade show called “Engage Space” in September, it received more than 800 proposals. No money was being offered, only the opportunity to network with the government and learn about future opportunities.

Col. Nathan Diller, director of AFWERX, said his organization is still figuring out the best way to work with the space industry and to make investments that help commercialize technologies and also serve national security needs.

AFWERX last year awarded about $700 million in Small Business Innovation Research (SBIR) contracts to small businesses for studies on hundreds of different technologies. Some of those companies, including several in the space industry, built on those wins to sign government customers and secure private venture money.

Diller said the $700 million in SBIR funds awarded in 2020 helped companies win an additional $1.4 billion worth of follow-on contracts and raise $2.2 billion in private capital. Of the $2.2 billion, about $400 million went to space companies, most of which have never worked with the government before.

“We don’t just fund ideas and see how those ideas play out and then nothing happens,” he said. “AFWERX is really about transitioning those ideas to capabilities for the Defense Department. We identify technologies that support missions and then continue to invest in those concepts over time to scale them into programs of record.”

AFWERX has created multiple paths for companies that win SBIR funds. In the first phase, companies get just $50,000 for studies. Companies can then apply for Phase 2 and Phase 3 contracts to further develop technologies and deliver actual products. Those follow-on contracts can be worth up to $3 million. A new AFVentures initiative called Strategic Financing, or STRATFI, provides funding of up to $15 million for companies that have hot products of significant interest to the military.

Analytical Space Inc. (ASI), a fiveyear-old startup based in Cambridge, Massachusetts, won a STRATFI award in February to deploy a transport layer of satellites that will make it easier for the government to access commercial remote sensing data.

Under the agreement, ASI retains 50% of the capacity on the network to sell to commercial operators and satellite data consumers. The network will ingest data from remote sensing satellites, route that data from node to node and deliver it to military operators, intelligence analysts and commercial customers.

ASI co-founder and CEO Dan Nevius said the company is filling a unique need as no network exists today that connects commercial imaging satellites with government systems. He said ASI also will leverage the AFWERX win to compete for a NASA communications services program award, “which is basically the commercial crew and cargo equivalent for data transport.”

Nevius, like other space entrepreneurs, said he was initially skeptical of AFWERX but now gives the organization credit for creating a model for how the government can work with commercial industries.

“I would definitely advise people to take a really close look at the program,” he said. For years there was a stigma attached to working with the government. “They’ve done a lot to solve that,” he added.

Many companies that embark on the SBIR journey don’t go far. They get stuck in the so-called Valley of Death where promising projects wither because they have no path to the market. Nevius’ take-away from his AFWERX experience is that “getting a contract with the Air Force sends a really strong signal to private investors,” especially in the early stages when venture capitalists are taking a huge risk.

AFVentures in particular is doing a lot to mitigate the frictions that working with the government causes in the eyes of the private capital,” Nevius said.

AFWERX can be a valuable source of funding for space startups but it also provides access to military operators who can evaluate products and provide feedback, said Nathan Parrott, director of Saber Astronautics, a space technology business based in Colorado Springs, Colorado.

The company is hoping to win a Phase 3 SBIR or a STRATFI award. “We’re continually submitting proposals for other projects,” Parrott said. The process can be daunting but once a company gets in, even with a Phase 1 award, it becomes part of the community. That opens the door to meetings and conversations with the Air Force and Space Force “so we can make sure that our proposals align with their vision,” he added.

One piece of advice for newcomers to AFWERX is to make a long-term commitment. “It takes time to learn all the terms and phraseology,” Parrott said. He also recommends partnering with other companies to put together joint proposals.

AFWERX is helping to “unlock all of this technological creativity in the commercial sector,” Parrott said. “It’s bringing all of this fresh thinking from the industry’s best practices and making it available to the DoD.”

Parrott said companies he has seen go through the AFWERX program are doing “really interesting cutting edge stuff that normally would not be put in front of operators, so I think it’s incredibly valuable from that standpoint.”

Getting in the door, however, can be a struggle, attests John Lee, co-founder of Space Domain Awareness in Orlando, Florida.

So far, however, Lee’s company has failed to win an AFWERX SBIR award despite multiple tries. Lee said he was surprised at Space Domain Awareness’s lack of success given how important space traffic management is to the Air Force and Space Force.

Rideshare aggregator Spaceflight Industries has offered Space Domain Awareness a free ride on an upcoming launch. Lee said his company still needs private or government money to build a prototype to test in space. He is talking to angel investors and still hopes to hear back from AFWERX regarding his proposal.

This article originally appeared in the March 15, 2021 issue of SpaceNews magazine.