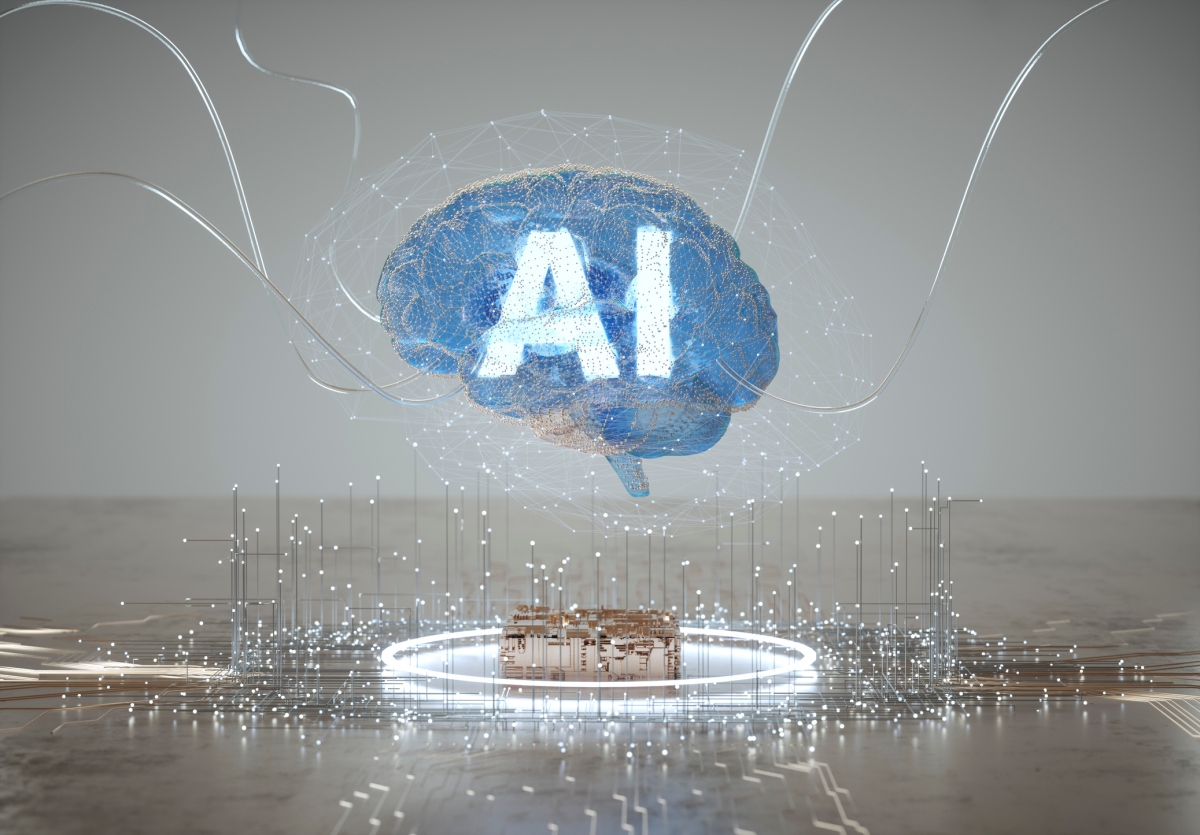 Enterprises continued to accelerate the adoption of AI and machine learning to solve product and business challenges and improve revenues in 2021. Meanwhile, AI startups have experienced significant growth, roping in major investments to improve their product offerings and meet the growing demand for AI solutions across sectors. In fact, data from CB Insights Research shows that while the number of equity funding deals in the global AI space this year is just slightly less than the last (2,384 deals in 2021 versus 2,450 in 2020), the amount of capital invested has almost doubled to $68 billion.

As we head into 2022, here’s a quick look back at the milestones that shaped the AI space over the past 12 months.

To start the year, OpenAI announced DALL-E, a multimodal AI system that generated images from text. The company asserted that DALL-E could manipulate and rearrange objects in generated imagery and also create things that don’t exist, like a cube with the texture of a porcupine or a chair that looks like an avocado.

Among other notable developments that month, the U.S. Department of Homeland Security tested AI to recognize masked faces; Uber researchers proposed a model that emphasized more positive and polite responses; Salesforce released a framework to test NLP model robustness, and AI models from Microsoft and Google surpassed human performance on the SuperGLUE language benchmark designed to summarize AI research progress on a diverse set of language tasks. Facebook and NYU researchers also announced the development of a model that predicted how the condition of a COVID-19 patient might evolve over four days.

Facebook first announced an AI model that has been trained on a billion parameters and can learn from any random group of images — without needing curation or annotation of any kind. Nvidia developed with Harvard an AI toolkit called AtacWorks to lower the cost and time required for complicated genome analysis. Finally, IBM launched a cloud-based, AI-driven molecular design platform that automatically invents new molecular structures, and Microsoft launched Azure Percept, a platform of hardware and services aimed at simplifying the ways customers can use AI technologies at the edge. The biggest funding rounds of the month went to Dataminr ($475 million), PatSnap ($300 million), WorkFusion ($220 million), and Jumio ($150 million).

In April, the European Commission announced draft rules for the use of AI, proposing a ban on applications involved in social scoring and strict safeguards for high-risk AI apps used in recruitment, critical infrastructure, credit scoring, migration, and law enforcement. The proposal also suggested that companies breaching the rules might face fines up to 6% of their global revenue of 30 million euros ($36 million USD), whichever is the higher.

Facebook claimed to have developed an AI model that predicted drug combinations to treat complex diseases, Grid.ai launched a platform to train AI models on the cloud, Cerebras launched an AI supercomputing processor with 2.6 trillion transistors, and Huawei trained the Chinese equivalent of GPT-3. On the funding side, SambaNova Systems, a company developing chips for AI workloads, got the biggest investment at $676 million. This was followed by ActiveCampaign ($240 million), Vectra AI ($130 million), and Gupshup ($100 million).

Google held I/O 2021 and made some significant announcements. The biggest  was the fourth generation of tensor processing units (TPUs) for AI and ML workloads, a language model for dialog applications called LaMDA, and the Vertex AI managed platform to help companies accelerate the deployment and maintenance of their AI models.

Then, following Amazon’s footsteps, Google Cloud introduced an AI-powered solution to detect defects in manufactured goods. Open AI, meanwhile, claimed to have mitigated the bias and toxicity of GPT-3, and Mythic launched an AI processor that consumed 10 times less power than a typical system-on-chip or graphics processing unit (GPU). The biggest investment takers of the month were Gong ($250 million), Iterable ($200 million), Moveworks ($200 million), and Verbit ($157 million).

OpenAI, on the other hand, made headlines by announcing it had disbanded its robotic division and is planning to shift focus toward areas where more data is readily available. The move from the company came after years of research into machines that could learn how to perform tasks like solving a Rubik’s cube. Just around the same time, DeepMind, OpenAI’s major rival, announced AlphaFold 2, an AI system that performs the complicated task of predicting the shape of proteins.

On the business side, enterprise AI development platform DataRobot raised the biggest round ($300 million) of the month, followed by Gupshup ($240 million) and Untethered AI ($125 million).

Databricks raised $1.6 billion in funding, taking its valuation to $38 billion and bolstering its position against Snowflake, while Dataiku, which helps data scientists build their own predictive AI models, raised $400 million.

DeepMind claimed its AI-driven weather forecasting model performed better than conventional models, while researchers at Bloomberg Quant Research and Amazon Web Services claimed to have successfully trained a machine learning model that estimates the emissions of businesses that don’t disclose their emissions. Google also released a study that showed deep learning can detect abnormal chest x-rays with accuracy that matches that of professional radiologists.

The North Atlantic Treaty Organization (NATO) — the military alliance of 30 countries that border the North Atlantic Ocean — announced in October that it would adopt an 18-point AI strategy and launch a future-proofing fund with investment up to $1 billion. Meanwhile, Intel open-sourced an AI-powered tool to spot bugs in code, IBM launched an AI service to assist with climate change analysis, and DeepMind acquired and open-sourced a robotics simulator called MuJoCo.

Nvidia and Amazon made major headlines, with the former officially jumping on the metaverse bandwagon and announcing Omniverse Avatar — a platform enabling users to leverage speech AI, computer vision, natural language understanding, and simulation to create avatars that recognize speech and communicate with human users within the real-world simulation and collaboration platforms. The tech giant also announced ReOpt, an AI-driven tool for supply chain route planning, as well as Modulus, a framework for developing “physics-grounded” AI models, at GTC 2021.

The Hungarian government announced that it has teamed up with an Eastern European bank to develop an AI supercomputer that will be used to create a large language model of the Hungarian language. DeepMind, meanwhile, continued its work in the gaming segment and announced Player of Games, an AI system that can perform well at both perfect information games (like chess) and imperfect information games (like poker). In a separate development, the company also claimed that its AI technology helped uncover a new formula for a previously unsolved conjecture, as well as a connection between different areas of mathematics.