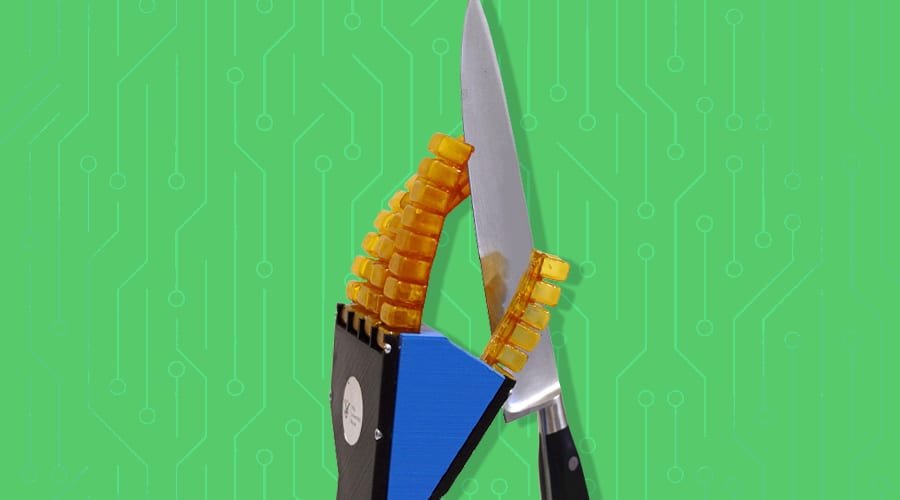 Artificial intelligence-enabled robots will soon be able to feel pain and recognize when they need to be repaired. As collaborative robots make their way out of workplaces and labs and into homes, this is becoming increasingly important. Self-healing robots are becoming increasingly popular as automated substitutes for low-skilled employment. While robotics help in laboratories and industries has been widespread for some time, self-healing robots are set to become much more prevalent in homes in the next years. More flexible materials, on the other hand, are required for safer collaborative work alongside people and delicate jobs typically handled by humans, such as selecting fruits and vegetables or conducting small operations.

These tasks need a degree of dexterity that existing models of robots lack, therefore new materials that are softer and more flexible, dubbed “jelly-like polymers,” are being created as a solution to many of the problems that come with utilizing robots. They’re also less expensive and easier to make because they’re 3D printed. Such dexterous robots are capable of delicately manipulating items without causing damage, while also being considerably safer for people to work within manufacturing situations, for example.

Fruits and vegetables can be swiftly plucked and arranged safely, which is a significant step forward in the agriculture industry. These robots, however, are considerably more prone to fractures, rips, and other problems due to the delicate nature of the materials and the very smooth gripper surface to avoid bacteria or fungus development (which requires porous surfaces). As a result, until recent breakthroughs in self-healing robotics technology have made headway, these next-generation self-healing robots remain rather unrealistic for real-world application.

Because the cost of robots repairs and replacements is so high, the development of self-healing robotics technology is not only revolutionary, but it also has the potential to eliminate the need for time-consuming, complex, and costly repairs. It also has ramifications for sustainability, since self-healing robots would need to be replaced less frequently, as they will be able to undertake routine maintenance independently and autonomously.

Scientists have discovered polymers that can mend themselves, forming new connections after being broken in as little as 40 minutes, to help reduce downtime and costly repairs. Robots will soon be able to perceive and trigger the self-healing process without the need for human involvement and using artificial intelligence thanks to the embedding of functional material. When researchers can build soft robots built of a self-healing material that can detect damage, fix the flaw, and then finish the task that was in progress when the harm happened, they would consider it a success. This type of robot’s self-repair system might render complex, expensive repairs obsolete.

Self-repair systems in robots also make them less dangerous to humans who may be working with or near them, since their soft, flexible nature makes them unlikely to inflict serious harm. This makes work settings with a growing number of robotic ’employees’ significantly safer for human workers and goods.

Robots traditionally found as automated workers in factories and labs will soon begin to move into more environments, such as agriculture, and into the average household, thanks to the development of soft, safe materials embedded with polymers that can sense and locate damages and trigger the healing process without human intervention. Users or owners of such soft robots will be able to forego costly maintenance and instead make use of this safe, long-term solution, putting it at the forefront of the development of a new generation of robotics.