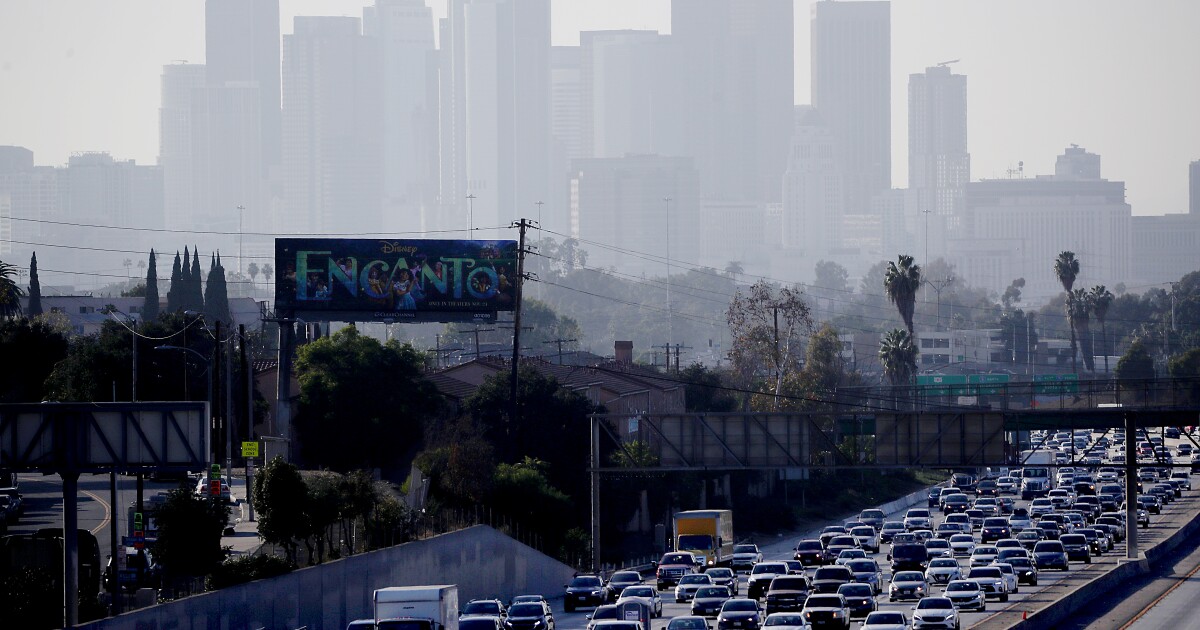 California is back in the driver’s seat as it steers the nation toward a future of cleaner cars and light trucks.

The decision, announced by the U.S. Environmental Protection Agency, reverses an attempt by the Trump administration to block the state from using its vast market power to push the auto industry in a greener direction. The 2019 revocation of its waiver from the federal standard put California and the states that follow its lead on pollution limits into regulatory limbo, casting a mood of uncertainty across the automobile industry.

“This is truly important,” EPA Administrator Michael Regan told The Times. “Not just for the people in California but for the nation as a whole. We are proudly reaffirming California’s long-standing authority to lead in this area.”

Important, yes, said Mark Wakefield, who heads the automobile group at consulting firm AlixPartners, but not shocking. It wasn’t even certain the Trump-era decision would survive court challenges, he said, and very few automakers had assumed California would lose the battle with Trump. “It’s the world as we knew it returning,” said Wakefield, pointing the U.S. auto industry in the direction of “a market more integrated with global trends.”

Not everyone is happy. The issue has proved partisan with no room for compromise. Last summer, 16 Republican state attorneys general called California’s special treatment unconstitutional and urged the EPA not to reinstate the state’s authority. In a statement Wednesday, Rep. Cathy McMorris Rodgers of Washington, Republican leader of the House Energy and Commerce Committee, said, “President Biden’s strict auto emissions regulations are yet another example of this administration putting a radical rush-to-green regulatory regime ahead of restoring America’s energy dominance and leadership.”

Democrats in California are celebrating. “We are so thrilled,” said Lauren Sanchez, senior climate advisor to Gov. Gavin Newsom. “This is the first issue the governor raised with the Biden-Harris administration. It’s been a top priority for him since Day One.”

“The restoration of our state’s Clean Air Act waiver is a major victory for the environment, our economy and the health of families across the country that comes at a pivotal moment underscoring the need to end our reliance on fossil fuels,” Newsom said in a statement.

Although the decision will have no immediate effect on high and rising gasoline prices, the move to cleaner gasoline cars and electric vehicles will “protect not only public health and address climate change, but also make sure we are less dependent on foreign oil,” Sanchez said.

Until Trump moved to deflate it, California held enormous power to set pollution and fuel economy standards. Under the federal Clean Air Act, passed in 1970 and later amended, the state was granted the authority to set its own vehicle pollution rules, partly because the air in Southern California was so awful that it required special attention. To receive a waiver from the federal government under the Clean Air Act, California had to show “compelling and extraordinary conditions.”

California is the nation’s largest car market, and automakers tended to go along with the state’s tighter regulations on tailpipe emissions. California’s rules became more influential as more states adopted the state’s regulations. Today, 16 other states and Washington, D.C., follow the California plan. Together with California, they account for more than 40% of the nation’s market for cars, pickups and SUVs.

After the financial crisis of 2007-08, when General Motors and Chrysler were bailed out of bankruptcy by the federal government, President Obama used his clout to force automakers to agree to tighten emissions and fuel economy standards. The companies agreed to meld the federal Department of Transportation’s fuel economy requirements and the EPA’s pollution requirements with California’s regulations. Greenhouse gases became part of the EPA’s mandate after the U.S. Supreme Court in 2007 ruled that the EPA holds the authority to regulate them as pollutants.

But California needed a separate waiver to exceed federal limits on greenhouse gases spewed by cars and light trucks. That issue has been ping-ponging from administration to administration, with George W. Bush and Trump rescinding it and Obama and now Biden returning it.

The Trump administration used the regulatory process and its own interpretation of the Clean Air Act to knock down both the Department of Transportation’s fuel economy standards and the federal waiver that allows the state to go its own way. Stricter fuel economy requirements would lead to smaller cars, the administration argued, which would be more dangerous in a crash. Stripping California of its EPA waiver led to battles in court.

Amid the back and forth, auto companies took sides. Ford, Honda, BMW, Volvo and Volkswagen went with California. General Motors, Toyota, Nissan and the company then known as Fiat Chrysler sided with Trump.

Last year, the Biden administration’s Department of Transportation proposed to revise the Trump administration’s plan to strengthen fleetwide fuel economy requirements for automakers from a 1.5% improvement each year through 2026 to 8% for model years 2024 through 2026. The formula is complicated, but automakers are expected to achieve those goals by improving gasoline-powered vehicle performance and by selling more electric vehicles.

With Wednesday’s EPA action, California is free to pursue its plan to require that all new cars sold in California in 2035 be electric-powered. The California Air Resources Board has begun to develop milestones and the means to achieve them between now and the planned-for all-electric future — dates by which a certain percentage of new zero-emission vehicles must be sold, incentives to help move them off dealer lots, and the like.

The EPA’s Regan said the agency will team with the California Air Resources Board and the other states allied with California.

“It’s not only vital to California but to the entire country,” he said. “We will work very closely with the state of California, with automakers, with the unions, and the environmental stakeholders to make sure all of us are rolling together toward a clean vehicle future.”

Regan said he hopes the issue won’t land back in court, but the EPA is ready to defend itself if it does. “We took our time” justifying the decision, he said. “It’s legally complicated, and we wanted to get it right. We’re prepared for whatever comes our way.”

Same for California, Sanchez said. “The legal team will do whatever’s necessary to defend our position.”