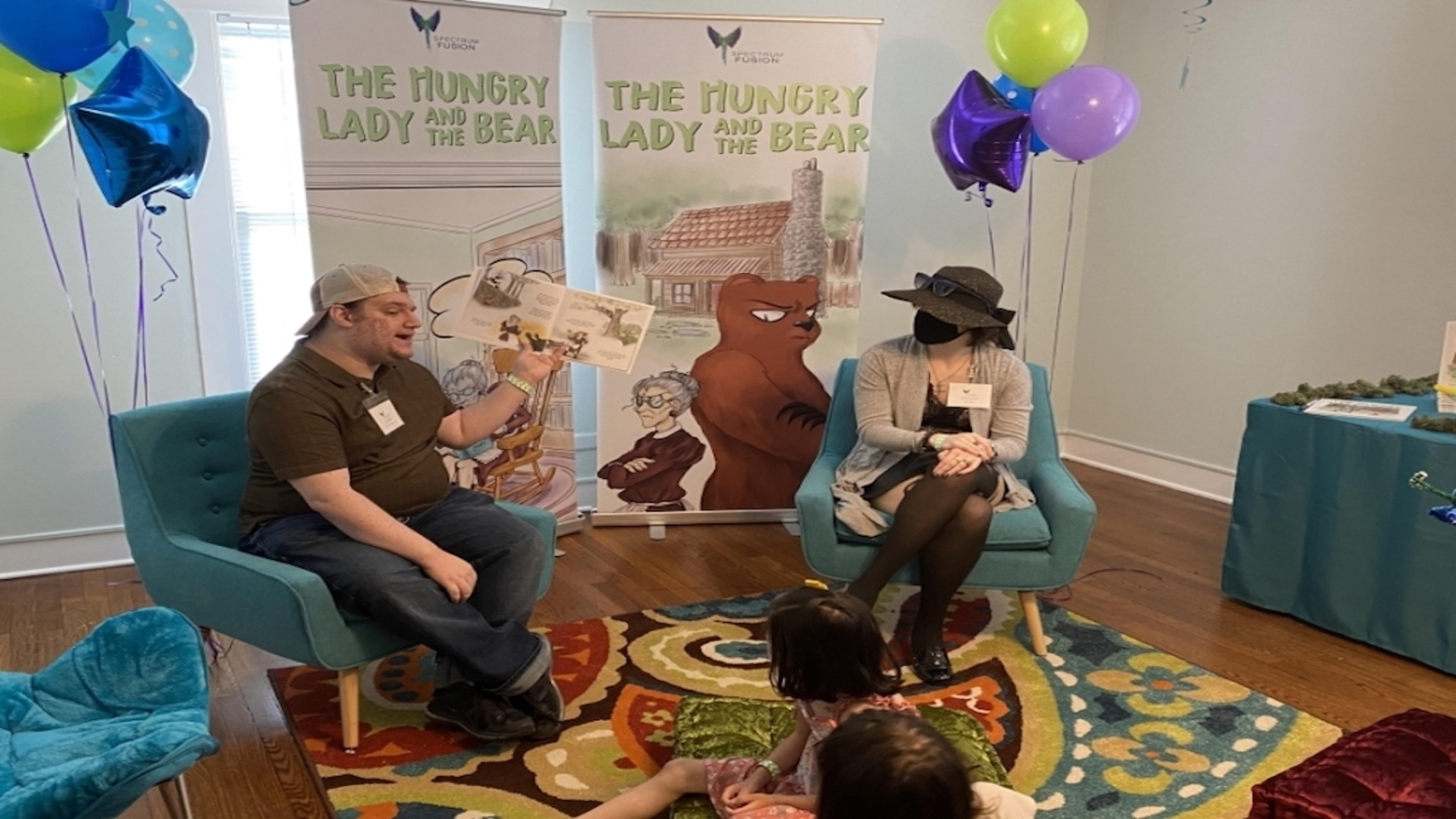 CLEAR LAKE, Texas — Clear Lake resident Rhys Griffin has released his second children’s book this year through a partnership with Houston-based nonprofit Spectrum Fusion, and it can be read by fairy tale fans in Houston and beyond this summer.

The nonprofit’s Reactor Room provides adults like Griffin, who is on the autism spectrum, with a place to connect with the community, build on their talents, and reach their full potential through both individualized mentoring and collaboration, according to Spectrum Fusion’s website. Griffin, 27, penned a Christmas novel with sponsorship from the nonprofit in December about one train’s journey overcoming adversity.

Griffin’s latest book “The Hungry Lady and the Bear” is filled with gentle humor and generous doses of imagination, Spectrum Fusion representatives said in a June media release.

The story is a twist on fairy tales about princesses who live harmoniously with woodland creatures, per the release, and any child who has balked at the idea of eating their vegetables can relate to the story’s protagonist. In the story, The Hungry Lady, intent on tracking down the main ingredient in her “bear claw” recipe, learns lessons from the animals she shares the woods with.

The nonprofit’s leaders are impressed with Griffin’s whimsical storytelling, as well as his collaboration with Kentucky-based illustrator Rachel Joanna on the artwork, CEO Heidi Ham said in the media release. Joanna is also on the autism spectrum, and their work on the story is one of the numerous examples of the ways in which autistic adults can succeed, Ham said in the release.

The nonprofit hosted a book signing and meet-and-greet event on June 12, where copies of the book were available for purchase. They can be bought online for $15 per hardcover copy at the Orange Hat Publishing website.

Griffin has an associate of arts degree and bachelor’s degree from San Jacinto College and the University of Houston-Clear Lake, respectively. His long-term goal is to become a filmmaker, and he currently does voiceover work, per the release.

Joanna graduated from the Savannah College of Art and Design in Georgia in 2015 with a degree in sequential art and lives in Louisville, Kentucky. The digital illustrator is working with WEBTOON as an influencer, promoting its content with her artwork, and illustrating another children’s book, per the release.

Autistic adults’ creative talents can be often overlooked or minimized, but creativity is a prized talent in many global industries, Ham told Community Impact Newspaper in December. The nonprofit aims to spread the word about autistic adults like Griffin and Joanna and shatter stereotypes about them, including the idea that autistic adults-only excel in science, technology, engineering, and math fields, per the June media release.

A GoFundMe campaign is active, aiming to raise $100,000 for further program development.

Spectrum Fusion has also been setting an example for Houston-area employers by hiring five autistic adults, including Griffin, to date for the nonprofit’s new media team, per the release. This team, which includes scriptwriters, graphic designers, actors, writers, and editors, contributes creative services and materials to support Spectrum Fusion’s mission.

This story comes from our ABC13 partners at Community Impact Newspapers.