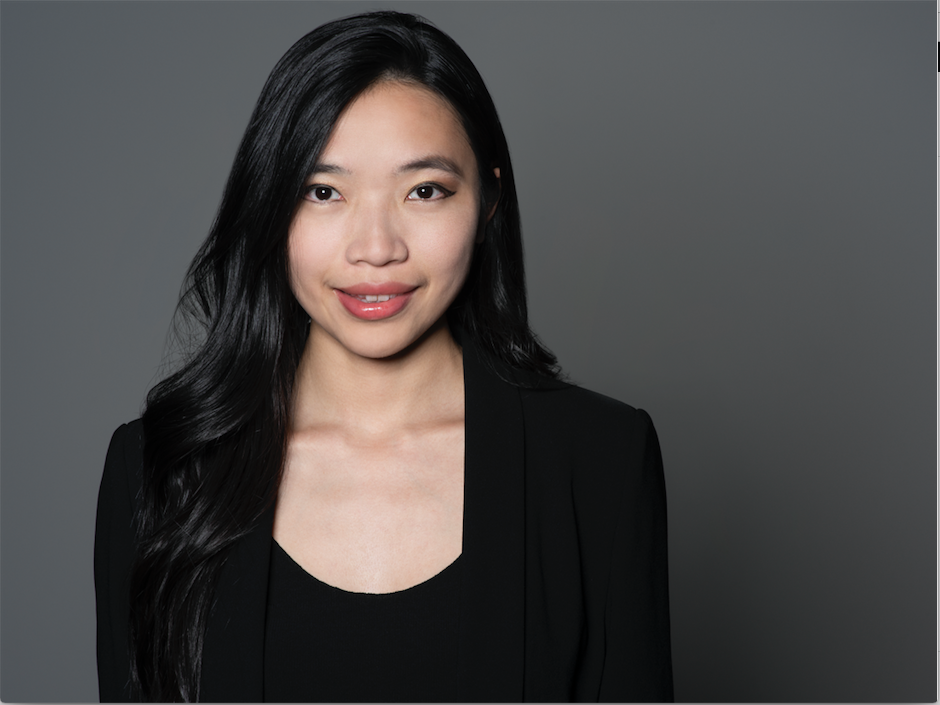 Elevate your enterprise data technology and strategy at Transform 2021.

If you are brave enough and willing to work hard and take risks, you stand to succeed in any greenfield market. And the world of blockchain technology, cryptocurrencies, and distributed ledgers is no exception.

Du grew up in the rural outskirts of Sichuan Province in China, where her entire family earned $3,000 a year. She always knew that to contribute to the prosperity of her household she would need to gain an education.

She studied hard and applied to universities, but that’s where she met her first significant setback, as the top two universities in the country rejected her.

The issue is known to many in China. Her previous school was deemed “below average” and therefore not good enough to allow her entry into a top university. From Du’s county, only one person every five years can get into schools of this caliber. In China, education opportunities are not equal, as is true in much of the world.

None of these hurdles affected her resolve, however.

“I’m used to facing challenges daily,” Du told me. “I spent three years building my first company in order to make enough money to travel out of my small town and out into the world. Nothing in life has been handed to me.”

Du felt that she needed to come to the United States to study, but she didn’t have the resources to do so. So she launched that first startup at age 21, while still in graduate school. From this first venture, she made enough money to afford more than a basic living for the first time in her life.

In 2015, Du discovered the world of venture capital investments, thanks to a VC conference in Beijing. The speaker that inspired her was a Stanford graduate turned successful serial entrepreneur and VC in China.

“I immediately thought I want to be a venture capitalist at the center of startups — Silicon Valley,” Du said. “I wanted to have the ability to invest in projects I believed in and watch them grow into something monumental. Of course, I doubted how I would do this without any relevant background, little experience, and a non-existent reputation.”

Du knew she had to get to Silicon Valley to make this possible.

While San Francisco has a thriving Chinese community, it also has a chequered history when it comes to immigration policy.

Chinese immigrants have been arriving in California since the 1850s, keen to escape famine and poverty. In 1871, a race riot claimed the lives of between 17 and 20 Chinese immigrants, as around 500 non-Asian California residents ravaged Chinatown. In 1875, California’s senators urged Washington D.C. to pass the Page Act, which would prohibit convicted felons, prostitutes, and Asian contract laborers from entering the United States. This set a precedent that led to the creation of the Chinese Exclusion Act of 1882, which ultimately banned all Chinese laborers and immigrants the chance for citizenship.

“No matter how many years ago this was, I couldn’t help but think, as a Chinese immigrant, coming from nothing, and a woman on top of that, would this be how I was perceived when I came to America?” Du said.

Adding to her worries, Du didn‘t speak English, other than a few rudimentary phrases.

“These are some of the challenges that I’ve had to overcome,” Du said. “The hardest one, though, is the lack of control over my status within the United States. At the end of the day, I am still a ‘foreigner’ who made her way to this country. I want to achieve my goals here, in San Francisco, where I have the best chance. The reality, though, is that I have very little control over how much time I’ll get here.”

Living in an Airbnb bunk bed for several months, a stone’s throw from Stanford University, Due threw herself into the startup ecosystem. She went to countless free meetups to talk with people and improve her English. Sometimes, Du attended Stanford classes to see what some of the smartest people in tech were doing and thinking, while also trying to figure out how she could become one of them.

“I can still remember how excited I got whenever I saw the people who inspired me in all of the startup books I read, in real life,” Du said. “It felt surreal. It felt like a dream. I learned how important a vision could be and to always think big by starting small.”

But the opportunities were far from plentiful.

“Obviously, major venture capital firms such as Andreessen Horowitz were not going to hire me no matter how determined I was or how many emails I sent, because, in the end, I had no elite school background, never studied in the United States, and knew no one in the Valley,” Du said. “So, at this point, I knew the only way I can succeed is to hire myself.”

She calculated the savings from her first startup and concluded that it was enough to invest in more than 20 deals at $25,000.

“I used my savings to bet on startups, to build a strong track record and prove myself because I don’t have a Stanford MBA or experience working at a famous tech company,” Du said. “This process only allowed me to make 25 investments maximum, and I had used all my savings by then. At that point, I knew I had little time left to convince others to believe in me before I completely ran out of money. It’s very challenging having to prove to startups that I can bring true value as a new fund, even without big-name backers.”

But her portfolio changed as she learned more about the ecosystem and its potential returns.

“I began by investing equity in AI, but after one year, I realized it was no way for me to win in this game as an angel investor with limited capital and no brand,” Du said. “Also, AI is more a big tech company’s game, with founders from elite schools with PhDs whose companies were acquired by Google or Facebook. I, on the other hand, like everything that is democratized and where everyone is given a fair and equal shot at participating.”

It turns out that this is precisely the right time for democratized and decentralized startups, with the massive hockey-stick growth we’ve all seen in blockchain and cryptocurrency projects.

“I first heard about Bitcoin in Beijing in 2015, but honestly did not pay much attention to it,” Du said. “That changed in January 2017 once I began getting into it more seriously. I knew nothing like it had ever existed before and that it would completely change how the world works in the coming decades.”

“I bought a few major coins on exchanges and began investing in ICOs,” Du said. “After a few months, I finally began learning from the market and became more confident in my belief that blockchain could change the world. Most importantly, I am passionate about this democratized form of digital money and the idea of decentralization. I can only work for passion and only believe I can make a difference if I am doing things from my heart.”

“Unfortunately, many ambitious people of limited means will never have the chance to get to San Francisco,” Du said. “This is one of the reasons I like blockchain and decentralization; people are less limited by physical location. You can see this taking place in the blockchain industry, as investors and entrepreneurs in this sector can live and work all over the world while investments are made through virtual communication.”

“If you told me this five years ago, I wouldn’t believe you,” Du said. “I have built a strong network in Silicon Valley, from originally knowing nobody.”

And in addition to choosing projects that are launching at just the right time, with a product or service that fulfills a real need, Du pays attention to the startup team members.

“The team of people behind the startup are also an important factor to take into consideration when investing,” Du said. “Truly outstanding projects and companies are backed by good entrepreneurs. We are looking for the most determined entrepreneurs, working on the boldest, innovative, and creative ideas.”

That focus extends to stepping away if any member of the team behaves in a way that could be detrimental to the project, the VC, or the blockchain community as a whole.

“I have even withdrawn some of my investments that could seemingly give immediate returns to avoid associating with people or projects that are not doing the right things or in the right way,” Du said. “Reputation is everything in the blockchain space, and I did not work this hard to have it tarnished or destroyed.”

In addition to starting her own company, Du has also hosted and organized a blockchain conference — called the CPC Blockchain Devcon — with speakers coming from organizations ranging from Andreessen Horowitz to the Ethereum Foundation. Additionally, she has spoken at many top-tier conferences, such as Google Female Founder Summit, Ethereum Denver, and Stanford’s Beyond Bitcoin class.

“For both personal and professional reasons, I’m planning to expand into the Asian market,” Du said. “I have seen a huge gap in information between the Western and Eastern worlds. Impact funds in Silicon Valley are dominated by Westerners, who don’t pay enough attention to the rest of the world, focusing only on the U.S. or Europe.”

Du‘s commitment to decentralization even extends to her lifestyle.

“I enjoy a more decentralized style of living,” Du said. “I spend most of my time in the Bay Area, but I also enjoy traveling and exploring the world. I believe a global vision is critical to understanding the state of blockchain and how it can solve real-world problems. The most radical technology might be mass-adopted in countries that you never imagined, to solve problems you didn’t know existed.”

The moral of the story? Despite modest beginnings, immigrant status, basic English skills, and a lack of what many consider mandatory education levels, Du has succeeded. The American Dream, it seems, is still possible.

“Even though I am a woman, who came from a small rural province in China with next to nothing, my story is as American as anyone else’s, and I have worked hard to make that possible.”