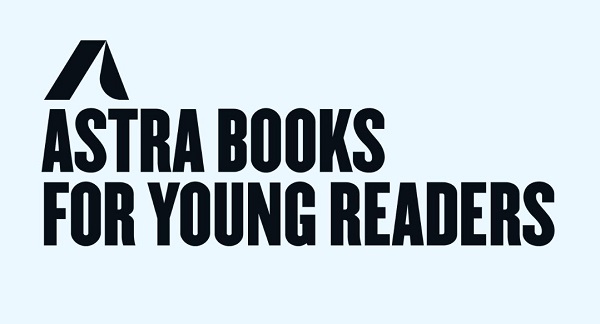 Astra Publishing House, the group created in 2020 as a subsidiary of Beijing-based Thinkingdom Media Group, has established a children’s book division, Astra Books for Young Readers, under which the company has organized its expanded roster of children’s book lines.

Thinkingdom’s acquisition of Kane Press in 2016, followed by its acquisition of Boyds Mills in 2019, and a majority stake in minedition in 2020, have marked Astra’s steady growth and emphasis on the children’s book arena. As a result, the new Astra Books for Young Readers division is currently home to: brand-new imprint Astra Young Readers; Calkins Creek; Hippo Park, the name selected for the recently announced imprint from editor Jill Davis; Kane Press; mineditionUS; and Wordsong.

In announcing this new corporate framework, Astra Publishing House COO Ben Schrank said, “Astra Publishing House now has six very special children’s book imprints that cover books for all ages and children’s interests, from board books for babies and toddlers and picture books to nonfiction and history, poetry, middle-grade, and young adult books, and so we felt it was time to identify and celebrate them with a new children’s book division.”

Leying Jiang, president and chief financial officer of Astra Publishing House, elaborated on the move via the company’s announcement. “From Kane Press to Hippo Park, this has been an incredible journey of bringing talented editors and adding new imprints every year for the past five years,” she said. “The birth of Astra Books for Young Readers feels like a big party celebrating our distinguished imprints and our growing list of 1,000+ award-winning and well-reviewed children’s books. We believe this new platform will allow our team to further leverage resources to build a stronger Astra brand, to attract the best writers and artists from all over the world, and to inspire and engage young readers.”

The news of ABFYR’s creation arrives with updated details about each imprint’s focus and editorial leadership:

Fresh out of the gate, Astra Young Readers will publish fiction and nonfiction for kids of all ages and is headed by editorial director Rebecca Davis. “In addition to new acquisitions, we’ll be transitioning the Boyds Mills Press backlist, distinguished by excellent literary and science books for children, to Astra Young Readers, making it our broadest imprint,” Davis said in a statement. Sharing her vision, Davis added, “We’re determined to create new classics and invest in a backlist that’s robust and has terrific books for kids and classrooms.” Among the imprint’s highlights are Grandma’s Farm, sequel to Grandpa’s Tractor by Michael Garland; and, arriving in spring 2023, From Mother Africa with Love by the creative duo of Carole Boston Weatherford and E.B. Lewis. In addition to Davis, editor-at-large Leonard Marcus will acquire books for AYR (as well as for mineditionUS).

Calkins Creek is the U.S. history-focused imprint created by Carolyn Yoder, who has been promoted to the position of editorial director. “Our aim is to dust off the cobwebs of history and make it vibrant and relevant,” she said in a statement. Spotlighted new titles include Without Separation: Prejudice, Segregation, and the Case of Roberto Alvarez by Larry Dane Brimner, illustrated by Maya Gonzalez (Sept.); and Born Hungry: Julia Child Becomes “the French Chef” by Alex Prud’homme, illustrated by Sarah Green (spring 2022). Juliana Lauletta is publisher for Calkins Creek, as well as for the Kane Press and Wordsong imprints.

Hippo Park takes its name from a popular playground in New York City and will feature highly illustrated books for children. “We want to publish creators whose words and pictures share something essential with children about what makes us all human,” editorial director Jill Davis said in a statement. “We’ll publish 15 to 20 books a year—with lots of playful humor and the occasional big feelings book, too.”

Amelia Mack, formerly of Chronicle Books, will serve as art director for Hippo Park as well as for mineditionUS. Hippo Park is scheduled to launch in fall 2022 with five titles: Come On In: There’s a Party in This Book! by Jamie Michalak, with photos by Sabine Timm; Tiny Spoon vs. Little Fork by Constance Lombardo, illustrated by Dan & Jason; How to Draw a Happy Cat, a how-to parody by Ethan T. Berlin, illustrated by Jimbo Matison; A Bear, a Bee, and a Honey Tree by Daniel Bernstrom and Brandon James Scott; and a board book by Rilla Alexander featuring Herbert, the character she created for Hippo Park’s logo.

Kane Press is known for its STEAM and literacy titles including the Milo & Jazz Mysteries chapter-book series and the long-running Math Matters series, which has sold more than 14 million copies worldwide. Publisher Juliana Lauletta (also publisher of Calkins Creek and Wordsong imprints) heads up Kane Press; she. has hired Harold Underdown as executive editor. “Our books translate what kids learn in the classroom to their real lives and give them a springboard of knowledge from which to leap into the world,” she said in a statement.

mineditionUS, overseen by editorial director Maria Russo, is the recently formed U.S. program of highly regarded international picture book publisher minedition. The imprint “is dedicated to creating emotionally resonant, artistically sophisticated picture and board books that bring world-class illustration to books for every child, building bridges between nations and cultures,” Russo said in a statement. List highlights include: The Longest Storm by Dan Yaccarino; Pangolina by conservationist Jane Goodall; and the forthcoming Loujain Dreams of Sunflowers by Uma Mishra-Newbery and Lina Al-Hathloul, inspired by the Nobel Peace Prize-nominee Loujain Al-Hathloul, and illustrated by Rebecca Green.

Wordsong, guided by publisher Juliana Lauletta and editorial director Rebecca Davis, is the only U.S.-based children’s imprint dedicated solely to poetry. In Davis’s assessment, Wordsong titles “capture the vibrant, unexpected, and emotional connections between text and young readers.” Garvey in the Dark, a novel in verse by Nikki Grimes and featuring the main character in her novel Garvey’s Choice, is among the forthcoming titles on the Wordsong list.

This article has been updated.